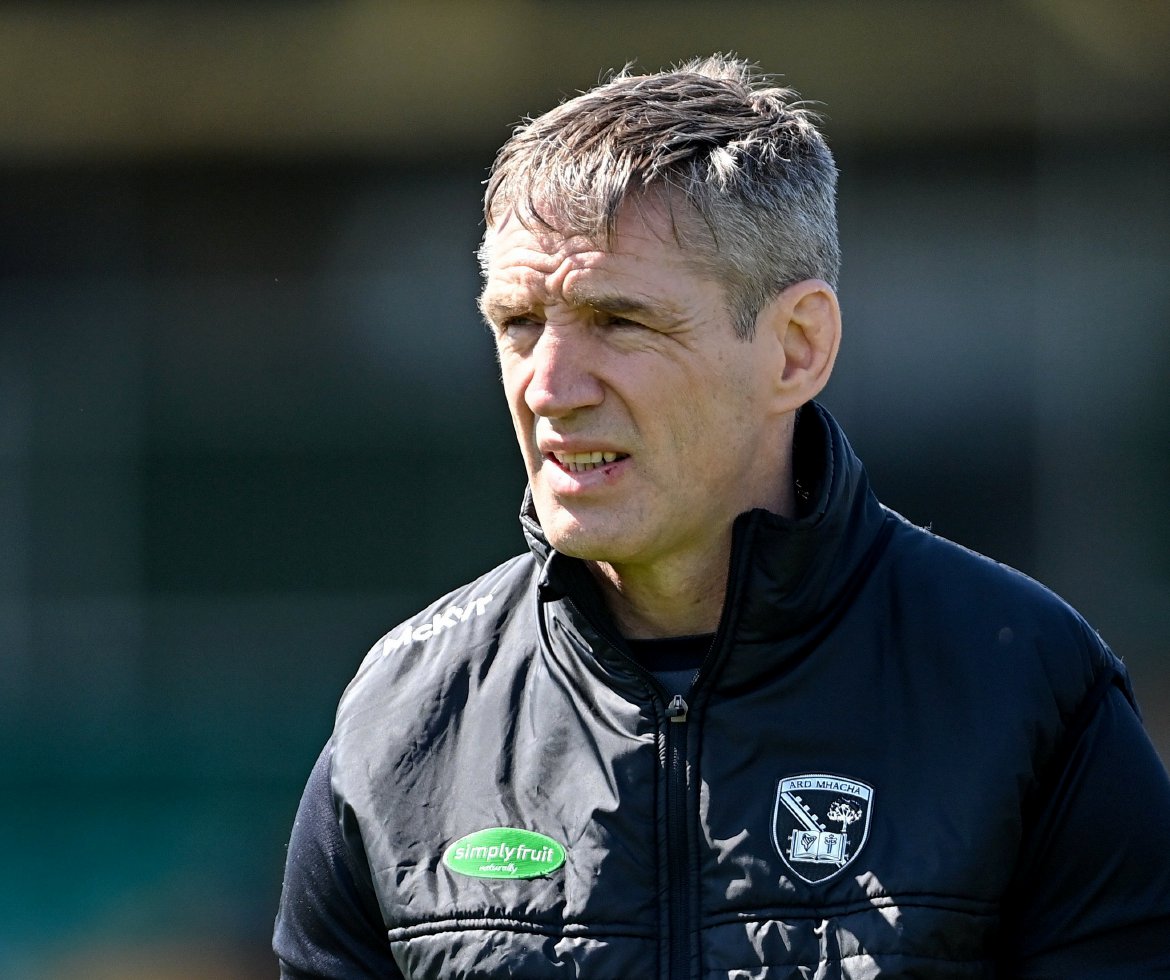 FAMILIAR FEELING...Armagh fell at the first hurdle in the Ulster Championship

THE Ulster championship is back, and with it comes the the RTE quiz to our screens.

Q. Which County from the United Kingdom are reigning All-Ireland champions?

Is it A. Londonderry? B. Tyrone? C. Manchester United? Or D. Tayto cheese and onion?

First prize: Trip to anti-protocol demonstration at Richhill in May 2022. Bed & Breakfast in Mervyn Gibson’s B&B, Richill (Breakfast not included). Texts cost €6. No Russians or Northerners.

Armagh flunked out of the championship again. Seven years managing Kildare. Then one year as assistant manager with Armagh (2014). Then eight years to date as manager of Armagh. In that eight years, Kieran McGeeney’s teams have won a total of three Ulster Championship matches. It looks from the outside like a regime based on keeping the job. Survival in Division One appears to have been the priority, as it provides an extension.

So, they were flying at the start of the league. Against Donegal they were hopeless. Tactically inept, they were all over the place. Nervy, rigid, unsure of themselves. Kieran Donaghy has been with them for two years with no discernible impact.

I assumed he was there to create attacking plans and chemistry between the forwards. There is however no sign of this. Perhaps he is simply there as a big name, lending a bit of star quality to the regime?

Mayo have similar problems. James Horan’s tactics have not changed for over a decade: Run the ball fast out of the defence and hope for the best.

The team suffers for his favourites. Aidan O’Shea, who was anonymous again at the weekend (as he was in the league final annihilation and as he has been through six All-Ireland finals), does what he likes. His effort for the Galway goal sums him up.

It was a 70/30 ball in his favour, but he hadn’t the pace or determination to win it. He gets a lot of TV time, picking up the ball when a free is awarded then tossing it to the free taker. Putting his hand on the ref’s shoulder and chatting with him. Dropping into irrelevant areas of the field to take a pass then soloing a few times before handpassing it to an irrelevant area of the field.

The important thing is profile, not performance. It’s a wonder the TV cameras don’t follow him into the loo.

Cillian O’Connor was brought straight back into the team after two years out, another favourite of the manager. Belmullet’s Ryan O’Donoghue, who ought to be the backbone of a new Mayo forward line, was promptly shunted off the frees and pushed out to number 11. What must he be thinking?

O’Connor kicked some good frees but did nothing else as he cannot run. The vastly overrated Mattie Ruane (never touched the ball in the All-Ireland final and got an All-Star, was run over in the league final and anonymous again at the weekend) is another managerial favourite who can do what he likes. The culture is awful but the word coming out of Mayo is that the manager has been awarded a two-year extension to the job. Priorities, priorities.

Meanwhile, Dublin start their campaign this weekend. Not even Wexford can beat the Dubs. Their downfall has been fascinating to see. They were helpless during the league and couldn’t do anything right, except lose.

At half time in last year’s semi-final against Mayo they were six points up and looked to be cruising remorselessly towards the seven in a row. Then, for the first time in almost a decade, their mojo deserted them. It was as if they had driven past a funeral without slowing down and a local priest had cursed them.

Brian Fenton’s Groundhog Day of winning was suddenly over. To his surprise – and to ours – we discovered he was human. He could miss shots and fall over and give away possession and do the stupid things that the rest of us do. So could James McCarthy and Ciaran Kilkenny and Michael Fitzsimmons. This abrupt sensation that they were not invincible swept through them like smoke. Suddenly, there they were in Croke Park making arses of themselves in front of the whole country, against a middling Mayo team who couldn’t believe what was happening

James McCarthy was dispossessed and dispossessed again. The second time it happened, for a crucial Mayo point, he looked down at his empty arms in surprise. One minute the ball was there. The next it wasn’t. What the hell was going on?

Stripped of their aura of invincibility, they were truly awful throughout the league, playing with a half heartedness we haven’t seen from a Dublin team since before Pat Gilroy began the transformation from serial losers to serious footballers. They couldn’t tackle. They couldn’t score. Their defence disappeared. Armagh walloped them. Kildare had a rollicking good time.

Monaghan took the piss out of them in Clones, scoring 3-13 to send them down, with Jack McCarron taking the piss altogether when he lobbed the keeper for a hilarious goal. The significance of that was how much time Jack had. He came out with a big smile on his face and the whole country had a good laugh. The most dominant winners in the game’s history were whipping boys.

Since that relegation, everybody is thinking the same thing: They couldn’t w that bad. They will still win Leinster. Con O’Callaghan will be back. They will be in the shake up and when it comes down to the semi-final, who will want to play them? Bernard Brogan said, “Don’t write us off Joe.” (I asked him if they had just been pretending to be so bad.)

This is the mystery at the heart of the football championship. Is it all over for them? Is Dessie out of his depth? Are their great players suddenly looking around the corner of life? I had a coffee with Michael Darragh recently, which feels like being on a boat.

In a tiny Dublin café, he stood throughout, bobbing and swaying and stretching and even bouncing up and down. “Are you missing it?” “No. I’m relieved.” I asked him to explain. He said, “In the past, in a place like this, I would see a scone and feel a gun pointing at the back of my head. I would want to go to a concert and the gun was there again. Or a long weekend away. The gun again. It was a constant pressure. A constant sacrifice. Will I eat this? Can I eat it? Can I have that pint? The gun is gone now. I can relax.”

As he weaved and bobbed and swept his hair across his forehead countless times, he ate a scone (with jam), talked of the exotic trips he has planned, the music festivals he is looking forward to and the good life after football.

This is the rhythm of life. Jack McCaffrey and Paul Mannion have already gone around the corner. How long can their great team mates resist?

Finally, RTE are sending cameras to the UK this weekend for the game between Londonderry and There’s no London in Tyrone. Try to be nice to them.

READ MORE – Armagh for Sam…Kilcoo for the other one. Click here…