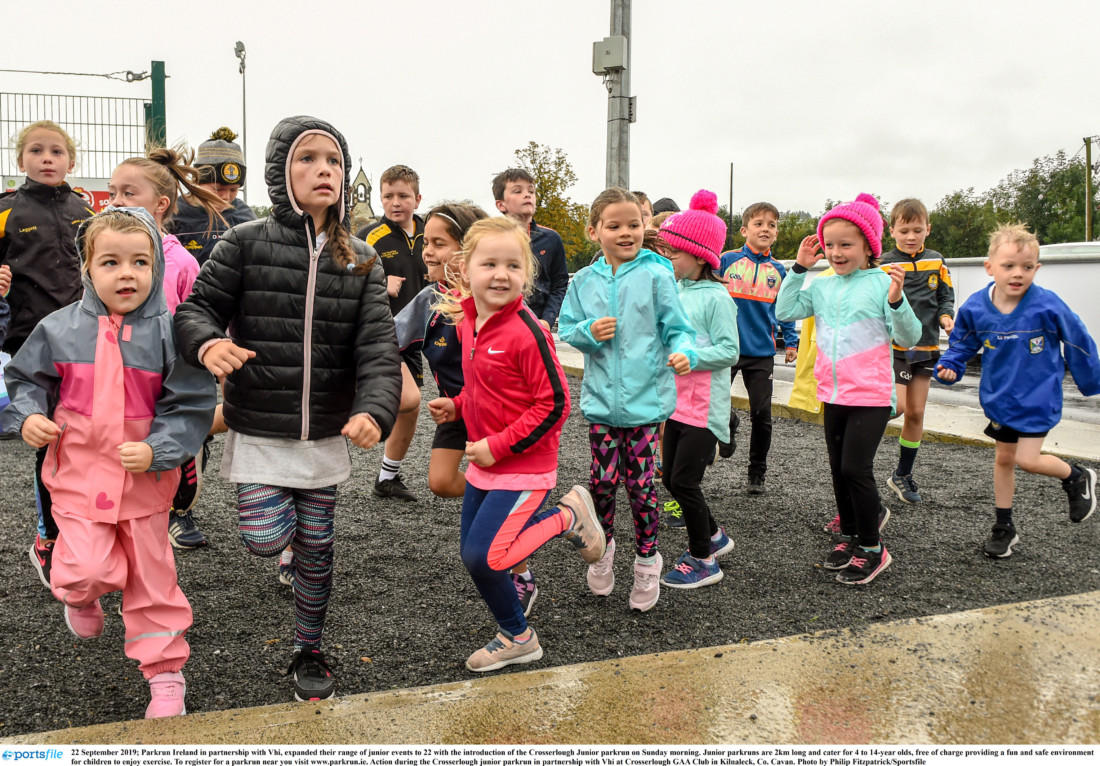 WARMING UP...Kids have a date for their return to action

THE Irish Government made their latest announcement this week and while it wasn’t as kind as we had hoped for, at least there seems to be light at the end of the tunnel – particularly where sport is involved.

Obviously we would love our freedom and normality back in terms of where we can go and what we can do, but that seems another bit away yet so the fact that GAA is on the way back softens the blow.

GAA intercounty senior teams are to resume collective training from April 19 with a return to competitive action pencilled in for May. It was clear from the Government’s announcement that there is some sort of dialogue happening in the background. When the Taoiseach Micheál Martin addressed the nation on the new Covid-19 restrictions, he confirmed that the Allianz Leagues will start sometime in May.

This announcement will come as a much-needed boost with people’s resolve on the slide here at the minute. In further good news for the GAA, the government will also allow underage non-contact training in pods of up to 15 from April 26 which is, in my opinion, even more important than getting intercounty up and running.

We have spoken here over the past few weeks about the damage that the lack of social interaction will do to the development of our children so to see outdoor training return is massive for everyone.

One alarming omission for GAA headquarters was that the county minor and u-20 grades were not included in that return to play date from April 19, so a big question mark will mow hang over those competitions.

The spotlight will now turn towards Croke Park as we all await the revised fixture master plan, which is due to be released next week.

Last year and we saw the provincial club series and All-Ireland Club series fall by the wayside and I really hope that this doesn’t happen again this year. Clubs took the hit last year so if there are any competitions that need to go or be shortened then it should happen within the intercounty calendar and not on the club scene.

With the start date for intercounty given as May you would hope that there will be enough weeks there to get a few National League games played before moving on to championship. At this point in time, as we head into April, I don’t think that any intercounty manager or players would want a full National League campaign.

Teams would be happy enough with a few regional league games to get them loosened out and ready for championship.

As I write this, the option of midweek National League games are being considered but with fatigue and injury real concerns, that may not be a runner.

All going well on the numbers and vaccine front, we should be in full swing by mid-May and if we stay like that then hopefully we will get the intercounty season played out in its entirety and then focus can switch to club football.

At this point in time I would like to appeal for patience and calm amongst intercounty managers and, indeed, club teams.

Now that the date has been given for return, squads will be eager to get that head start and may be tempted to return before they are allowed.

In your head that decision makes perfect sense as you will see it as an opportunity to get a leg up on your opponents but what happens if it all goes wrong and your actions land us all back at square one again? The end is in sight so let’s trust the process and before long we will be back on the playing fields once again with a full summer of action to look forward to both at intercounty and club level.

We got good news this week on the playing front so let’s hope now that Croke Park get the revised fixture plan ready and publish it as soon as they can because if we all have clarity then it will make everyone’s job that little bit easier moving forward.

Teams will be able to actually plan for what is coming down the line. Players and managers are sick of individual training plans so hopefully this time next week we will all have our start dates, no matter what grade you are playing at.