Benny Coulter says if Down can pull their Jim McGuinness link off it would represent a major coup for the Mourne county.

News of the 2012 All-Ireland winning coach’s potential return to Gaelic football broke early on Tuesday morning, and it’s been the talk of GAA circles since, although McGuinness did pour cold water on the speculation on Wednesday.

It had been reported that McGuinness is in discussions with Down as he contemplates forming part of a Conor Laverty-led management team, which would also feature Laverty’s former county team-mate Marty Clarke.

And while nothing has yet been confirmed by the Down county board, it’s a potential hook-up that continues to make headlines.

Down legend Coulter believes the move, if it does indeed transpire, has the potential to breath new life into Ulster’s sleeping giant.

“It would be brilliant,” Coulter told the Donegal News. “I think this would be massive for Down. I’d have loved to have seen him in as boss and the two lads working with him. But if that can’t happen, to have him involved in some sort of capacity, that would still be great.

“But it looks like it’s Conor as manager, Marty as selector and some other kind of role for Jim. But still, it would be brilliant for the players if it is pulled off. We need to get the buy in from the Down lads and something like this has the potential to do that.

“If Jim McGuinness can’t get that then no one can.”

2010 All-Star Coulter never tasted Ulster or All-Ireland success. And the county’s last Anglo Celt win came way back in 1994. While there are some traditionalists within the county that could have reservations about the direction McGuinness might want to help steer things, Coulter certainly isn’t one of them.

“What he did with Donegal, inside the first year, it was just amazing – off the charts from where they’d been. And I’m very sure Jim hasn’t been sitting around with the same ideas and template that brought Donegal success. It’s 2021 and I’d be very interested to see how he sees Gaelic football now.

“The shift would be seismic, it was in Donegal. In terms of training and lifestyle changes, it would have to be complete dedication. If he does come in, the work they’ll be asked to do will be tough. But I’d say it’ll be enjoyable too. I’d hope too it would mean all the best players in the county are then playing for Down.

“I’m talking about the Jerome and Ryan Johnstons, Connaire Harrison and Conor Poland… we need everyone on board. As an ex player, I’d love to be coming in to play under that kind of management team. It would be so exciting. It might not be for everyone. Some might find it a shock to the system.

“But if Jim McGuinness comes in and along with the lads, is asking for x amount of nights a week, and some can’t do it, they’ll simply not be there. I hope it’s complete buy in as it’s a serious opportunity if this does come to pass.” 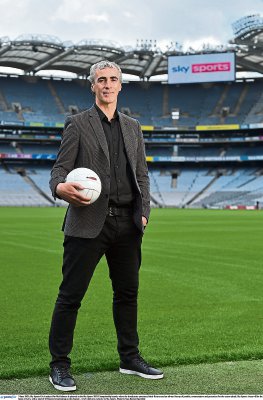