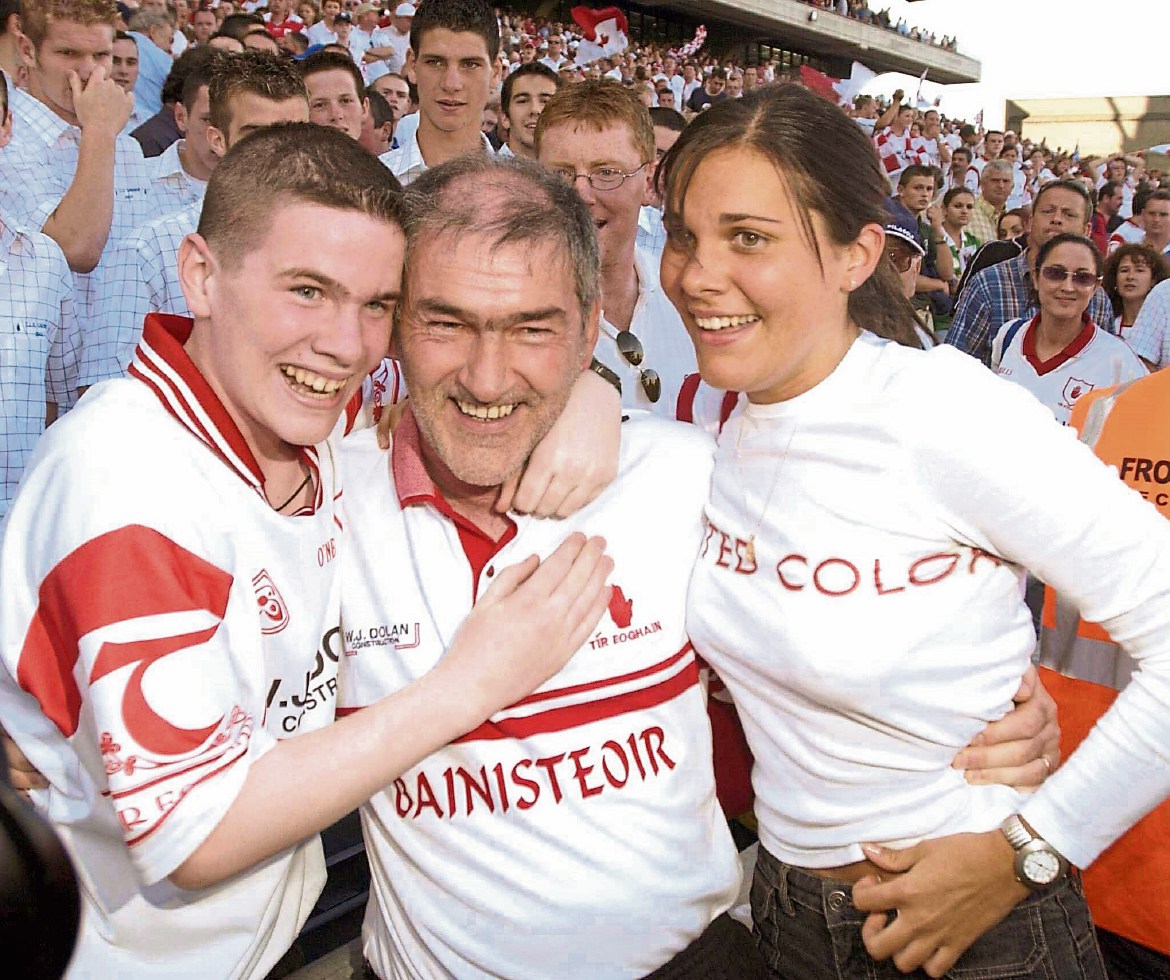 AS a young boy I remember the then President of the GAA Jack Boothman visiting my local primary school in Middletown. I didn’t know it at the time but Jack was the first Protestant President of the GAA. As a GAA obsessed eight year-old it didn’t matter to me if Jack was a Grandmaster in the cult of Scientology – all I knew was that he was some person involved in the GAA and that was good enough for me.

During his time as GAA President, Jack championed the abolition of Rule 21, which debarred members of the British security forces from joining the GAA, and until his death in 2016, Jack held the position of President within Blessington GAA club in Wicklow.

Despite those that attempt to knock it, the GAA even in Northern Ireland remains a broad church, and if it is to continue to survive and thrive it needs to engage and cultivate members from all sides of the community.

Growing up in the border village of Middletown during the tail end of the troubles, a village which had one of the largest army posts in Northern Ireland, the post commander was quoted in a book about the history of Middletown GAA, saying “Do these people do anything else but go to the GAA field?”. At the time I was born, Aidan McAnespie had been gunned down in the neighbouring parish of Aughnacloy, a case which has only recently been brought before the Courts.

Thankfully we have come a long way since the days of the border posts, or so I had thought. I, like many others, was utterly disgusted by the video circulating on social media of men (and it is almost always men) singing and laughing along to the repugnant lyrics about the tragic death of Michaela McAreavey. The jeers, the laughter, the alcohol, the misogyny, it was all there, plain to be seen, evidence of the very worst in human nature.

Michaela’s widower, John McAreavey tweeted out after the video was uncovered that “Hate can hurt, but never win”. Those in the video which was taken in an Orange Order hall in Dundonald, had gathered to celebrate the Queen’s Jubilee of all things – what a way to celebrate the 70-year reign of a monarch than to laugh and seer at the brutal murder of a young woman on her honeymoon. Those involved were rightly called out and investigated and in some instances have lost their jobs. In reality who would want to employ someone with that outlook on life? And for the record being drunk off your head is not an excuse for such behaviour no matter how many statements JWB Consultancy releases.

Linfield Football Club is to be commended, however, for issuing a statement after confirming that it had contacted a girls’ academy coach in relation to the video, and that his “voluntary association with the club has been terminated with immediate effect.” This swift action is to be applauded but given the blatant misogyny on show, it raises the question as to why a man who conducts himself in such a manner was allowed to be in contact with young girls.

Thankfully those people in that video represent a dark past that most in Northern Ireland have moved on from and want to forget.

Being an avid political observer, my university friends and I celebrated the election of Alliance party member Dr Patricia O’Lynn in the recent Assembly election in North Antrim. Dr O’Lynn displaced DUP incumbent Mervyn Storey in the usually ultra conservative North Antrim constituency. Dr O’Lynn and I are alumni of the US Project Children internship programme which works on reconciliation and cross community engagement, a strong foundation for a life of public service.

The GAA in East Belfast is another example of the new Northern Ireland, an open and engaging organisation whose Chairperson is Linda Ervine MBE. East Belfast, like Fiji and Fermanagh, was never a hurling stronghold but the East Belfast GAA hurling team is going from strength to strength.

Exemplifying the level of change in Northern Ireland, was Iraqi refugee, Abood Al (Bonnar) Jumaili, in a video which went viral online. He took time out of a reconciliation visit to Stormont to hurl against the historic walls as the statue of Lord Carson looked on. It gave me a good laugh and though the hurling was indeed lovely, I think Bonnar needs to work on his left side. For any outrage that some sectors of the Northern Ireland community may have felt that this image, it is worth remembering that Lord Carson himself was noted as an avid hurler during his time at Trinity College Dublin and would no doubt have picked up on Bonnar’s weakness on his left side.

Such scenes as were seen in the Orange Hall in Dundonald are thankfully limited to a minority that remains stuck in a time warp; the rest of the decent, progressive people in Northern Ireland have their eyes set firmly on the future. The economic benefits provided by the protocol are allowing our economy to move forward, uniquely positioned with access to both the GB and EU markets. Is it any wonder Lord Bamford‘s takeover of Wrightbus situated in the heartland of Ballymena has been such a roaring success story?

The GAA is progressing along with the society in Northern Ireland and we must continue to reach out the hand of friendship to all sections of the community, even those that remain blinkered by the past. The GAA is for all: whether you are a refugee from Baghdad, a Ukrainian fleeing war in Jonesborough or a member of the Orange Order in Loughgall, the more people playing GAA the better and in this day and age, rural clubs especially need all the members they can get.

The video of the Dundonald Orange Hall was a snapshot of a bigoted, misogynist, bygone era that was rightly castigated by all right minded people from all walks of life. The GAA continues to have a key role in building a new Northern Ireland, a Northern Ireland for all – Unionist communities should not fear the GAA but should be embraced by it. Hate can hurt, but can never win and the GAA is uniquely placed to help ensure that victory.