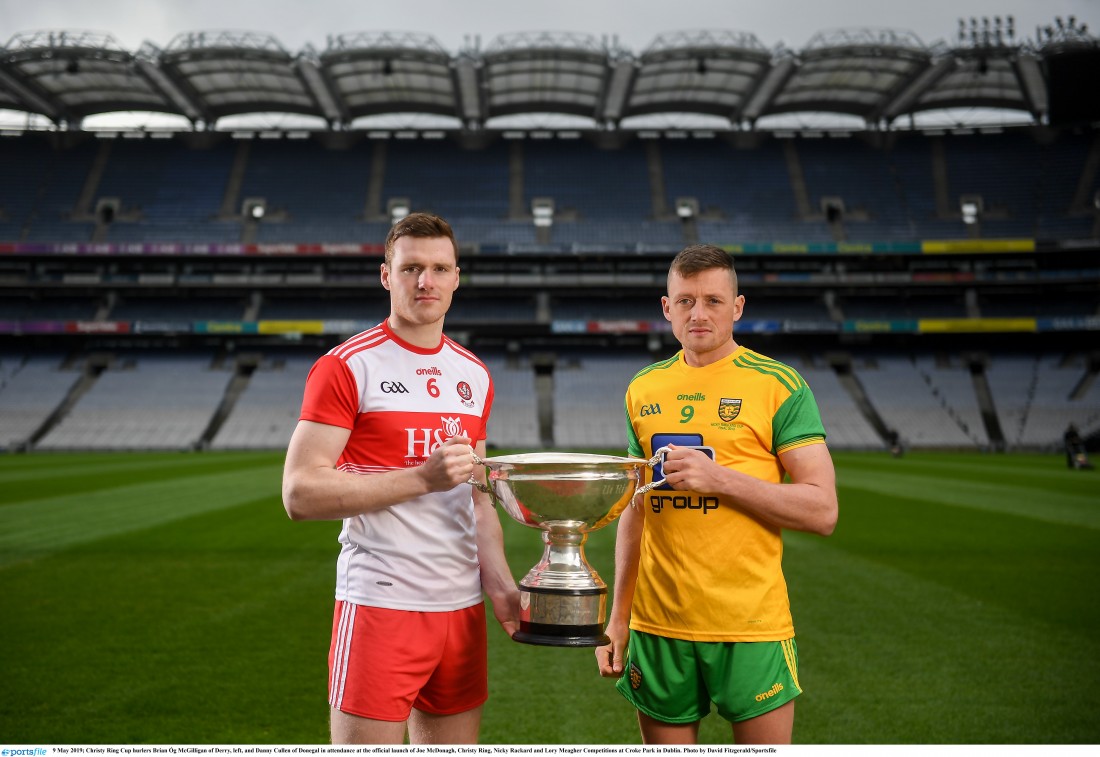 AFTER the 2011 All-Ireland Intermediate Hurling semi-final, I sat in an elated dressing room full of Armagh and Middletown hurlers soaking in the atmosphere after we put the Limerick and Munster champions Effin to the sword on a crisp January afternoon in Ennis, Co Clare.

One of the images from that day that sticks in my mind was the imposing figure of future All-Ireland winning goalkeeper Nickie Quaid, his brother and his father walking out of the grounds.

I saw his father, who wasn’t a tall man, put both arms over his son’s shoulders and say “Ah, sure we’ll go back and milk the cows boys, there’ll be better days. Who knew those boys from the north could hurl?” Who knew indeed?

Seven years later Nickie Quaid would be the hero of the All-Ireland final when he made a Herculean save in the second half of the final, sending a young Limerick side up the steps of the Hogan.

Team Ulster has for some years be a murmur in the breeze in this part of the world, popping up from time to time in huddled bunches and spoken about in hushed tones.

The concept has recently been brought out of the shadows and rightly debated back and forward across the broadsheets.

Since Jerome Quinn’s interview, the great and the good of Ulster hurling (and I, of course, include myself on that rarefied air) have chatted publicly and the idea has gained momentum.

Not all the debate has been positive and I appreciate that Team Ulster has been unpalatable to some high-profile figures in Antrim, with one of the hurdles that have been presented is logistics.

The irony here has not been lost on me, noting that the Antrim player who presented the issue failed to comprehend that his own manager, Darren Gleeson, travels from Portroe in Tipperary to Antrim for training, a six and a half hour round trip. If Gleeson can do those miles then I‘m sure players can make it from south Derry to the Mid-Ulster Sports Arena in Cookstown.

It is my view that Team Ulster doesn’t need Antrim, I have set out what Team Ulster without Antrim players would look like with this teamsheet and anyone who knows hurling in Ulster knows that there would be only one winner if this team and the current Antrim team met.

So confident am I in this matter, noting these unprecedented times, perhaps a charity game between the two teams, later on this year when life gets back to the new normal, could be arranged with monies going to a charity of the teams’ choosing. Hold it in anywhere in Ulster and it would be sure to bring in the crowds eager to sample some top class hurling in Ulster.

Albert Einstein described the definition of insanity as “doing the same thing over and over again and expecting a different result.” During the 21st century, hurling in Ulster has been in decline, that fact is hard to argue, with pockets of hurling fanatics in Portaferry, Dunloy, Middletown, Dungiven, Dungannon, Killygordan, Lisbellw, Cootehill, pushing forward with the development and promotion of the game.

Unfortunately, it seems sometimes that these places shine like a light, but only in the wilderness. Passion and attitude are no longer enough and Team Ulster should be the first step in a root and branch change to how hurling is administered and perceived in this province.

Failing to take radical steps at the highest level will see the same thing happening, with little hope for our ancient game.

I challenge the GAA administrators to look at how hurling is currently dealt with in the province, and ask the question, if now is not the time for change then when is?

Ulster hurling’s most high profile players and coaches have started the debate but words and good intentions are simply not enough. It is time for action, it is time to push on and see an Ulster team taken seriously, by being given the opportunities and resources to compete at the very highest level, allowing the young hurlers of Ulster to dream again.

“Keeping the game going up there” was a phrase that boiled my blood when we played southern teams. Now is the time to prove to rest of the country that we are actually committed to doing more than simply that.