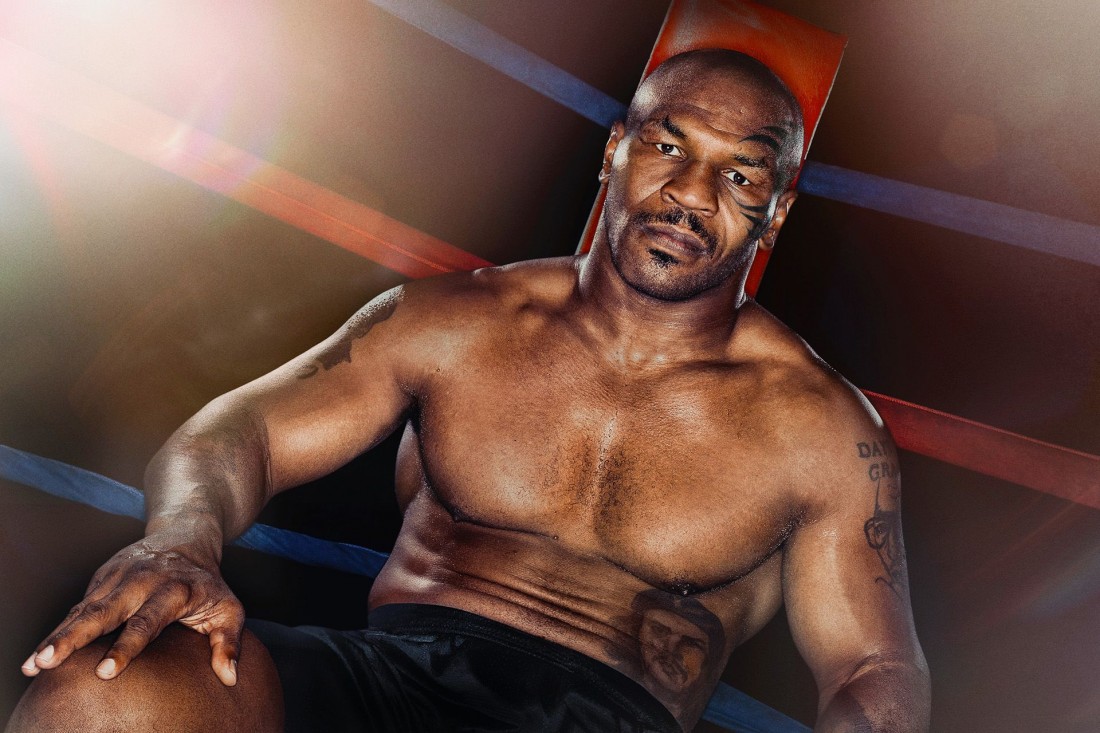 MIKE Tyson, when he was 13 years old, ran with a crew in Brooklyn, New York that would beat up and mug members of the public around the borough. Even as a child, Kid Dynamite, as he was nicknamed, had explosive power in both hands, knocking grown men out with one punch and robbing their strewn bodies.

Before his 14th birthday, he had been arrested almost 40 times. Six years on Tyson would become the youngest ever man to hold the heavyweight title when he knocked out Trevor Berbick in 1986. In 1988, he then became lineal champion of the world when he knocked out Michael Spinks in 91 seconds.

At that time ‘Iron Mike’, standing at a modest 5 foot 10 inches, was volatile in every aspect of his life, a young man who became a millionaire overnight. In those early days, with his father figure and great hero Cus’ D’Amato at his side, his greatest weapon was fear.

Before he stepped in to the ring most opponent were beaten, the black shorts, the no-soundtrack entrance, all designed to intimidate and terrorise opponents before he set foot in the ring. The video of the fights shows Spinks, standing in the ring, eyes wide and afraid – like a deer crossing the train tracks at the wrong time – while Mike charges towards the squared circle. A scene that was endemic throughout Mike’s career up until that point. The fear he instilled in every opponent was all encompassing.

Growing up in a house with four boys, all eager amateur boxers, we were Mike fanatics, I remember vividly all staying up to watch his ‘Fight of the Century’ with Evander ‘Real Deal’ Holyfield, four boys all glued to the TV at 4am when Mike took a chunk out of his opponent’s ear.

By the time Mike entered the ring against Holyfield the fear that had a gripped opponent in the ’80s had ebbed away following his knock out loss to 5000/1 shot – James ‘Buster’ Douglas in Japan. Holyfield himself was also a man carved from granite, who knew Mike and had sparred with him previously in his career. Holyfield was also a man who had come from nothing, who could not be intimated and even today his mental fortitude is legendary

Fear, as many of today’s populist leaders exemplify, is fertile ground for sowing discontent and division, forcing sane people to take leave of their senses.

Back in March of this year Covid-19 was all encompassing and the images coming out of Italy of Priests giving the last rights to strewn bodies lying on makeshift tables in packed and chaotic hospitals, sowed fear throughout Europe and the rest of the world.

Politicians and governments had to act and given the potential consequences (Minister for Health, Robin Swann said back in March if a full lockdown wasn’t imposed 15,000 people in Northern Ireland would die) did so in a way that we have never before seen. Seven months on, Covid-19, just like an aging Kid Dynamic, has lost its fear factor.

Young people especially are not worried about getting the virus and even now as cases rise exponentially, hospital admissions and deaths remain extremely low. The fear factor isn’t there, schools, pubs and universities have reopened so it is to be expected that infections would rise at this time of year.

County finals went ahead and yes teams celebrated with their supporters and their communities, but that is to be expected when people have been cooped up for six months while those in power who produced the guidance routinely flouted their own rules.

Winter is indeed coming and so far this season in Ireland, 44 people have sadly died from the flu, this compared with two deaths related to Covid. GAA pundits along with current and ex-players have been criticised for speaking out about the extent, logic and effectiveness of restrictions on both sides of the border.

The response from those on social media has largely been negative with the constant theme being that because GAA members are, for the most part, not scientists or epidemiologists they cannot possibly express an opinion on draconian Government imposed restrictions.

As I commented in my recent piece for this publication, a holistic view needs to be taken to address any response to the pandemic and to date that simply has not happened.

Last week the GAA was again scapegoated for the spread of the virus that was simply inevitable at this time of year, when schools universities etc, re-open.

All the sterling work of clubs like Bellaghy, Dungannon Clarke’s and Bredagh, who have provided for their own communities throughout lockdown as well as helping those most vulnerable in society, were eroded by the accusation of breaches of guidelines that those in government have themselves failed to adhered to.

The GAA itself has become pressurised in to criticising its own, exemplified by the comment form the Ulster GAA when Brian McAvoy said, “Because that hasn’t happened throughout our games from July, it probably relates to activities that happened after the match” “It tends to relate to possibly some sort of celebration at indoor venues.”

The evidence has not been provided to date but it is interesting that the Thomas Clarke’s club in Dungannon has come out and rebuked the statement in terms of any association it may have with the club. “We can confirm that as of today some 17 days after we won the O’Neill Cup we have not been notified of any positive cases amongst any of our players or members.”

I have serious sympathy for our young people who are being scape-goateed as the cause of the rise in infection rates. Over the weekend a clubmate of my own was maligning the fact that, “it was hard to pick up a woman when you are doing your university course over Zoom and your mum is bringing you in tea and toast before class.”

It’s hard not to feel for students who on the one hand are paying £9,000 a year in fees and not getting a proper university experience, while on the other are being castigated by the media as some form of reckless super spreaders.

Just like Iron Mike in his later years, for many the fear around coronavirus has now subsided and whether by accident or design we are headed for a winter where achieving community immunity appears to be a logical way forward.

Unlike Mike however, the GAA and its members must remain resolute during this period and must not give way to self-destructive tendencies. Sticking to the principles of unity and togetherness represents our best way to deal with the challenges that lie ahead, and although a winter of discontent is coming, and many difficulties lie ahead, by working together as a GAA community, we can land the knock-out blow.