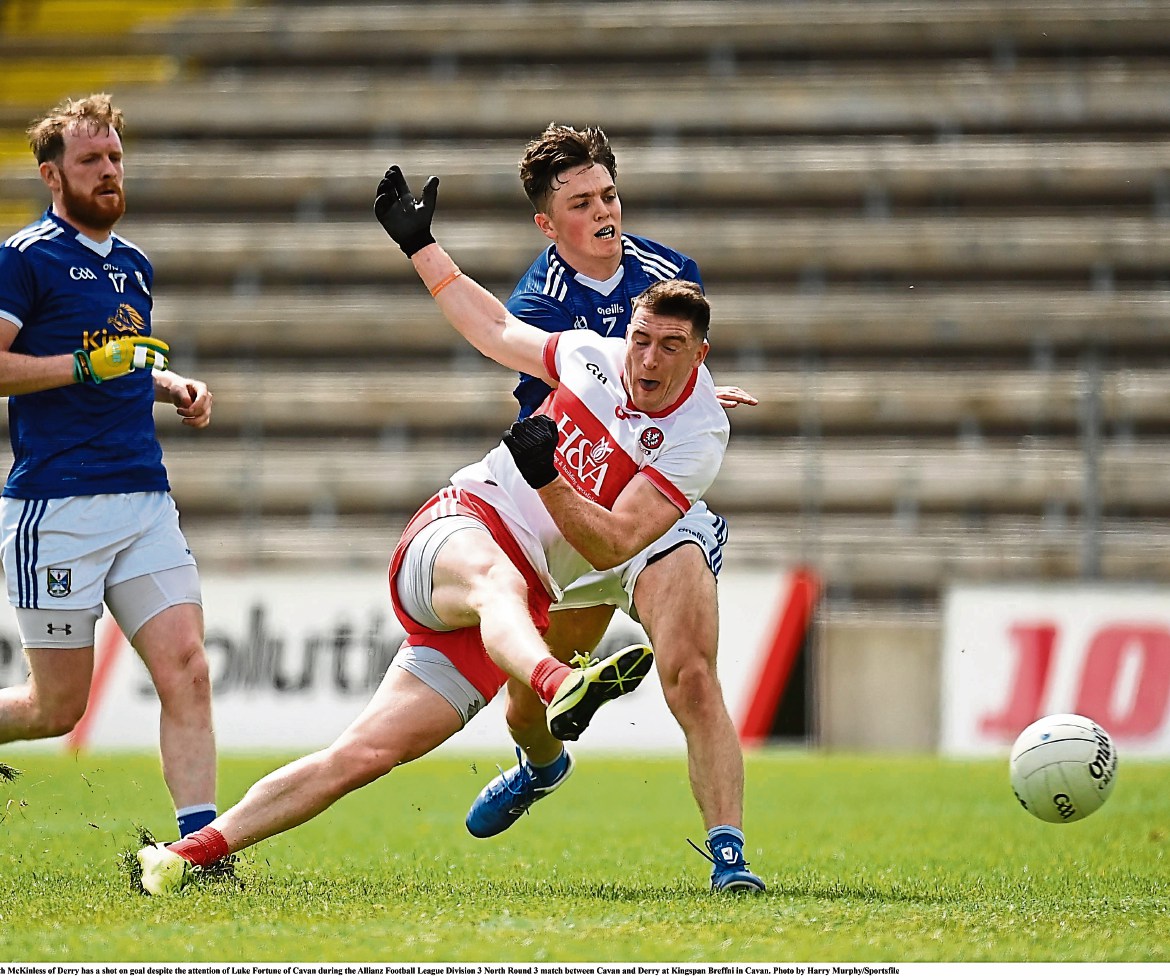 AFTER watching two games in Division One on the first two weekends of the National League, I got to see the Division Three pairing of Cavan and Derry last weekend.

I must admit that on my way to Breffni Park last Saturday I was expecting a little drop off in the quality and intensity than what I witnessed on the previous two weekends.

I felt that way because Derry and Cavan are operating two tiers below the likes of Donegal, Armagh, Tyrone and Monaghan at present, but the contest proved me wrong.

When I arrived at the game the temperature must have been about 20° and the pitch was perfect. It felt more like a championship game then a league encounter.

As I watched both teams warm up, it was clear that both were in very good physical condition and they were extremely well drilled.

Obviously after Cavan’s breakthrough season last year, I was keen to see what they were like for the upcoming season. Likewise, there has been a lot of talk around Derry over the last number of weeks so it was a game that I was really looking forward to.

Both teams have some serious individual qualities and both have very tactical astute managers so it made for a fascinating contest.

The game started at 100 miles an hour with Derry coming out of the blocks fast. Rory Gallagher clearly had his homework done, dropping Gareth McKinless back in front of the full-back line at every opportunity, and matching Conor Glass up with Gearoid McKiernan.

Derry looked really sharp, and with the formidable Shane McGuigan on song they looked to be heading towards a comfortable win.

All credit to Mickey Graham and his team as they slowly began to find their rhythm and started to hurt Derry. The game ebbed and flowed and for us neutrals it was a fascinating contest.

Derry did extremely well around the middle of the pitch with Conor Glass and Emmett Bradley putting in massive shifts. Glass tracked McKiernan everywhere he went and Bradley did the damage going the other way, kicking three massive points from play.

Another standout performer for Derry was the tireless Gareth McKinless who, time after time, drove his team forward with his surging runs.

The real star of the show was Shane McGuigan who gave us an exhibition of score taking and forward play. Shane kicked some unbelievable scores, the pick of them probably being his last free when he kicked from the sideline just inches from where I was standing.

Derry have struggled for a top-class finisher since Paddy Bradley retired but now they have a man who is up there with the very best.

From Cavan’s point of view they will take heart from how they battled their way back into the contest and I’m sure that the game will stand to them as they head into their championship preparations.

Like I said, this game was up there with both Division One games I watched this year so for me it makes the Ulster Championship even more competitive.

We know that Cavan are capable after last year’s heroics but now, for me, Derry have really come on over the last year or so and they will fancy their chances of an upset or two come championship time.

Although it was fantastic to have league action back over the last couple of weeks, we have now reached that point which we all knew was coming and that the league now turns into a bit of a farce.

At this point in time we are unsure if there will be any finals and any of the divisions and for me that just takes the goodness out of the competition.

Take, for example, Donegal and Dublin who are due to play next weekend. If you are being honest that game now becomes a challenge game with very little at stake for both teams.

We fully understand that it was hard for Croke Park to cater for everyone, but running a league that amounts to nothing at the end may not have been the best way forward. 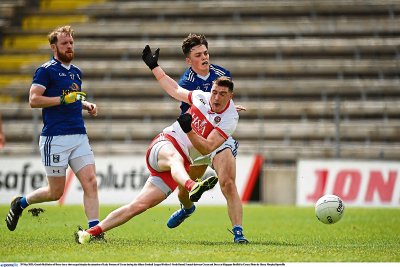