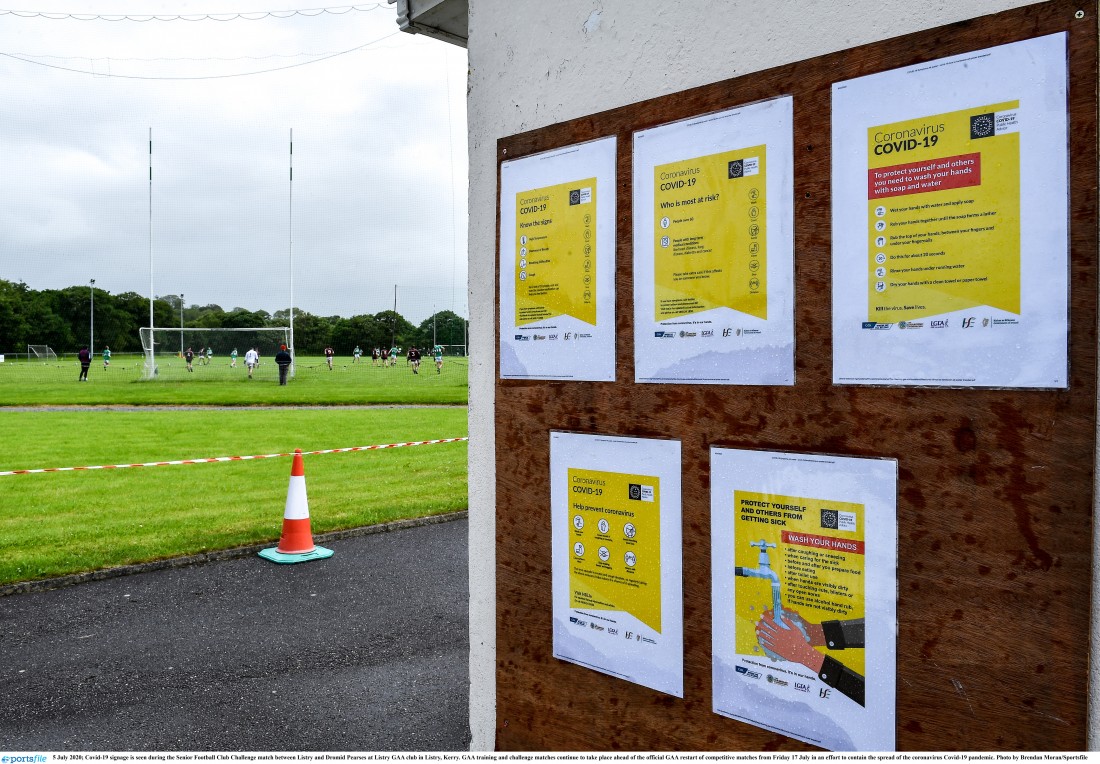 As far as cliches go, the idiom ‘A matter of life and death’ is as ripe and over-used as any in sport.

Players use it to express their dedication to the cause, fighters use it to tell their opponents that they are willing to go all the way to get the result, and coaches use it as a rallying call to inspire greatness – or at least not lose. But is sport really a matter of life and death?

Surprisingly, the answer is yes. And the sooner coaches and trainers learn the real reasons why, the better.

Over the past year, I have been conducting a survey with clients and other members within the GAA, and the wider sporting community. Whether male or female, inter county or club, soccer, boxing, MMA, athletics, I’ve been trying to get to the root cause of performance anxiety. I work as a performance therapist; I help athletes excel in their chosen field. I trained as a general RTT therapist, working with depression and addiction, fears, phobias, money issues, physical and emotional pains, but my own personal interest is in the sporting world.

What I have learnt is that performance anxiety is down to one simple thing – rejection – but not in the way that you think. Yes, not being picked for county, or being substituted before half-time is how it manifests in our world, but the fundamental idea of rejection exist from a whole other time, and is a lot more basic.

You see, to a certain extent, we still have the mindset of tribal times; it was imperative that we didn’t get rejected by our tribe, as no human could survive in the wilderness alone. Rejection really did mean death, and connection meant survival. We are old bodies living in new environments. What I mean is that our internal systems are more or less the same, right down to our basic instincts and subconscious minds, as the original hunter-gatherer tribes which moved across our planet. We may not have the threats of starvation, of illness, of the sabre-tooth tiger causing us stress on a daily basis, but our bodies are constantly primed to protect us from that, by making sure we don’t get separated from the group. Ask your body what a game of football is and it will have no idea. Ask your body what being rejected is and it will immediately tell you it is the greatest danger you can face.

You see, our environment has changed considerably from our earliest hunter gatherer days, but our bodies have only changed minimally. We still have the same internal systems, the same internal organs and wiring as original man, and subconsciously we are still built to look for the same threats. Our mind has not had the upgrade our environment has. And when we get dropped or substituted, it produces the exact same internal chemical effects as being separated from the tribe thousands of years ago.

Where this comes together in the performance domain, is that every time you experience an emotional trauma in your new environment, it has a very old, and simple reaction in the body. Stress chemicals like cortisol and adrenaline are released, and your subconscious mind scans the environment for the cause. What you see in front of you is a criticising manager or a negative team mate, what your subconscious mind sees is life or death. It might sound dramatic, but it is extremely basic. Survival. To your subconscious mind, negative feedback, whether that be physical or emotional, causes the understanding that you are being rejected from your tribe, and are at risk from things that could kill. Your body thinks that substitutions or poor performances could kill.

Your subconscious mind begins to put two and two together; this place, this sport where emotional rejection is all too present, begins to take on the role of being a huge threat to our survival, and so our body produces any number of reactions to stop us from taking part. In many cases, the body makes the athlete sick, simply because it thinks it is helping. But performance anxiety can manifest in so many other ways.

Performance anxiety is your body’s way of trying to save you from separation from the group. Of course, it’s counter-productive, but to your subconscious mind it’s life or death. Most managers and trainers treat a player’s performance anxiety with more training, harder running – the fitter the body the better you will perform. But this is completely futile. It is much more beneficial to allow the athlete to feel secure, no matter how they perform. If the subconscious mind can be lead to believe that there is nothing at stake, then it won’t have to take evasive action. If managers and teams can create an environment where players feel like they have the possibility of making mistakes without being immediately substituted, then performance anxiety will be a thing of the past. A substitution at the wrong time, handled in the wrong way can have drastic effects on a player, affecting not just short term performance, but long term. Negative criticism can have the same outcome.

Gareth Fox is a qualified RTT Hypnotherapist and Peak Performance Coach who works with inter-county footballers. In this monthly column, he provides advice on the difficulties of confinement and offer ways to improve peak mental performance. For information on guided meditation or hypnosis audios contact garethfox.rtt@gmail.com