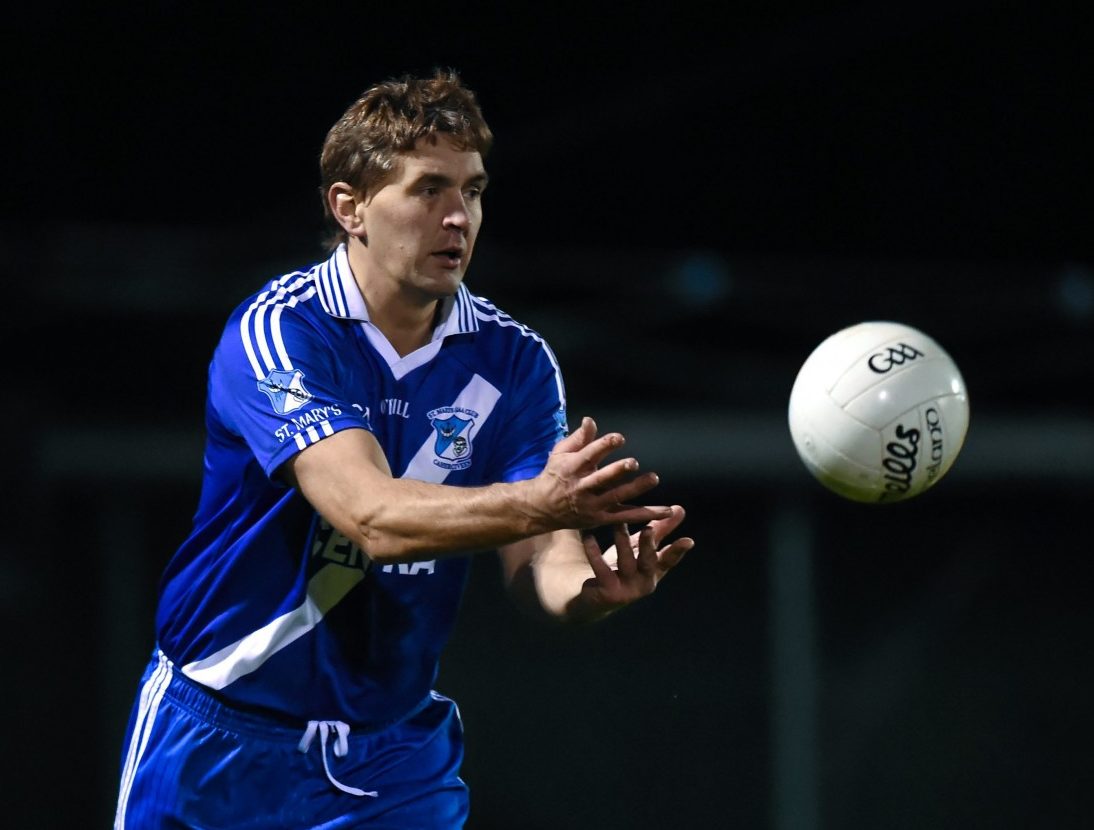 IN the wake of the death of the European Super League something something something. The GAA etc, etc, etc. Comparisons, lessons, warnings, reality, mercenaries, greed, scapegoats, fans, loyalties, money blah blah, greed, blah blah, money, fans fans. There. I, too, have offered my bit.

As I lie on my bed, dunking a Twix into my cup of tea, thinking of something to write for this week’s piece, I realise that I have nothing important to say on the failure of the proposed ESL.

It’s not writer’s block – I know what that is, I was a professional fiction writer for years. It’s something different. It’s a resistance against adding to the multitude of crap we print on a daily basis, so that spaces are filled, deadlines met and prints go out.

I’m indifferent to the ESL. I know very little about it and care even less, so I won’t use my platform to throw out my un/misinformed two cents, in case it may misguide some readers – a kind of self-imposed code of etiquette.

Journalists are often the butt of the joke of many a literary dinner party, and now that I ironically am one (at best a fair weather part-time journalist), I’m starting to understand why.

It’s the constant need to fill space with a rigid amount of words. It’s the constant pressure to meet deadlines that causes standards to slip – standards of useful, selfless writing. I sometimes feel that pressure. When someone is waiting on the other side for those 800 words, it’s easy to forget morality and instead invest in banality just to get the thing done.

To the fiction writers, the joke has always been that they write the truth while journalists create the fiction.

I read very little by way of newspaper articles, even less from the world of sport, and next to nothing about the GAA. I get my news from the horse’s mouth. I have enough clients from the GAA to let me know what is going well, and what is causing struggle.

The organisation as a whole doesn’t overly interest me. I will openly hold my hand up and say I no longer know much about its ins and outs, its comings and goings, its rule changing, game changing something something – perhaps to my own detriment as a valid journalist, but I think not. I work with the individual, and so I’ll write about the individual, and that’s enough for me.

Surprisingly, an old sporting friend and current intercounty player sent a recent article from The Irish News to my Instagram direct messages.

The article rightly glorified some of the world’s greatest ever performers. ‘Natural Born Thrillers’ was the title, the sub headline “God-given talent separates the very good from the truly great.’

It’s the “God-given talent” ‘that roused the natural suspicions I usually retain for space-filling journalists – those with their eyes focused on their watch as much as their word count. This journalist clearly hasn’t met Lionel Messi, I thought. Or Diego Maradona (not in picture). Or Tiger Woods. Or Michael Jordan. The greatest in their chosen disciplines – these guys honed their skills (what you might call talent) more than anyone else, for nothing comes natural to anyone.

It’s an easy excuse, and one that is used all too often – it comes through my virtual office door every day. It’s the motto of a victim; one who offers the seemingly unquantifiable, and unattainable as the reason why others have succeed and they haven’t. They blame ‘God-given talent’ – the greatest excuse since dogs eating homework.

No baby is born a natural golfer. Why do I allow myself to say that so easily? Because evolution doesn’t happen that fast. No baby was born to play GAA. It’s a mighty genetic adaptation to be able to create the perfect specimen for a sport not yet 120 years old. The body doesn’t know what sport is. Yes, there are physical attributes more beneficial to certain sports, but everything else is learnt.

What physical skills are needed are learnt through practice and repetition – the earlier we start to learn coordination the better. What mental skills are required are learnt first and foremost through environmental and tribal absorption (if my mum tells me I can, then I’ll believe I can), and thereafter through self-learning.

Perhaps what we call ‘natural talent’ is a determination to persevere when the going gets tough – but perseverance is learnt, too. Personally, I believe natural talent to be unshakeable self-belief – but that’s just me, I’m one of the ‘self-help artists’ this journalist seems to have taken such strong issue with. And therein lies the issue.

The reason why I question this type of journalism, is that it allows the unsuccessful to ridicule those who are working hard. It’s the voice of the subconscious loser, the excuse giver. The ‘them’ and ‘us’ brigade. It’s also a kick in the teeth to Tiger Woods and Lionel Messi. What made them great was that they wanted, more than anything else in the world, to be great. More than all those things that we put in the way of our own greatness, like family, friends, relationships, education, the weather, injury, and in some cases morality.

Peter Canavan wasn’t born with the natural ability to “roll back to his feet and spring up with his eyes facing goal-ward.” He learnt that. Go tell Cristiano Ronaldo that his five ballon D’Ors are from God-given talent – he’ll show you his six-pack and tell you to get stuffed.

Journalism shouldn’t be about using your own distaste to ridicule others. It shouldn’t be about your own biases seeping into your work or using the greatness of one to tell another that he/she will never be great. It also shouldn’t be about discouragement, or mocking those who choose to follow ambition or simply repost something positive or motivating on instagram – that’s petty.

There is a responsibility as a journalist to have something to say that adds value, and not just fill in space. Because when you glorify the greats as untouchable, you underhandedly discourage the rest, and it might just come across as a bad case of sour grapes.