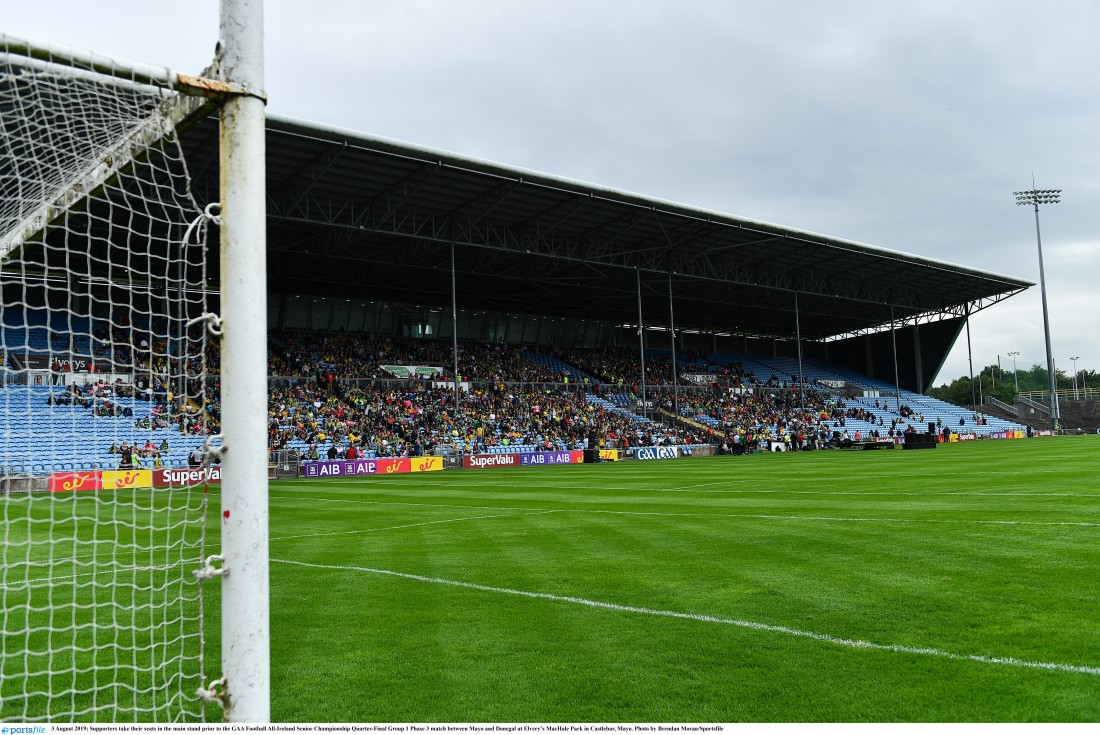 Every club has one, unfortunately some have more than one, and if you close your eyes at night you can hear their shrill, condemning voice screaming over the bustle of your thoughts, “You’re shite!” The voice in the stand – the voice on the side – the voice behind the fence. Whether man or woman, they make their opinions clear; they support your team, but they certainly aren’t there to support you.

I ran a questionnaire on my Instagram account (@sportshypnotherapy) recently, asking for examples of ‘voice from the stand-ism’ – criticisms that have been dished out over the years. The results were shocking.

If crutches supported us in the same way some fans do, then we’d be better off in bed. From as early as eight years old, our young gaels, boys and girls, are being subjected to negative, harmful, critical abuse from adult members of their communities. And the older the athlete the harsher the criticism and the more abusive and threatening the vocabulary.

When I first started my training to become an RTT Therapist, I sat quite far back in a room with other students, and watched the front, as Marisa Peer (the founder of RTT Therapy) demonstrated on a student the power of words. She intentionally chose quite a strong looking man in order to quash any sceptics or claims of foul play. The demonstration went as follows:

• She asked the man to hold his ‘strong’ arm out at shoulder height, directly in front of him

• She asked him to resist her efforts as she tried to force his arm down.

The man resisted, as we all thought he would. The demonstration continued. This time she asked him to follow the same instructions, but began to repeatedly tell the man he was weak, he was useless, he was worthless, and made him repeat these negative criticisms, too. Surprisingly, when she applied pressure he was unable to resist. His arm didn’t flop down lifeless, but she was visibly able to lower his arm.

A load of ‘bollocks’, I thought, another ‘bull-shit artist’ (thank you Mr Brolly), with a crappy scam where the volunteer is part of the performance. Going by the buzz in the air, I wasn’t the only non-believer. So Marisa opened the experiment to the floor. We practised on the person sitting next to us, as the role of both administrator of pressure and negative criticism, and as the resister.

The results were staggering. Each time we were criticised we were unable to resist. As much as I wanted to disprove the test, when I accepted the belief that I was weak, my mind, and in turn body accepted too. The suggested hypothesis was that your mind accepted the words it was told, no matter if the statement was positive or negative. To call the body weak was enough to create a weak body.

Not done with one example, Marisa then asked the class to close our eyes and imagine we were eating a lemon (you can do the same now too). Imagine that you have a very strong tasting, zingy, sour lemon in your mouth that you are chewing through with your teeth. And imagine also that the acidic juices are running all along the sides of your tongue. After a minute or two she asked us to stop (you can stop now, too). We all had the same result – extra saliva in our mouths. We had given our minds verbal instructions that we were eating lemons, and our bodies created saliva to digest the lemon. Again, to tell the mind there was a lemon was enough to start the chemical digestive process. Hypothesis – the mind accepts the words we tell it and commands the body to change in accordance.

The observations were not the results of witchcraft and sorcery, but neuroscience, which I have spoken about in previous articles. The science of how the body changes its physiology through the controlling of the nervous system, which can be done in part by verbal commands. And it works in the same way to both positive and negative instructions.

For the most part, we dismiss the voice in the stand. It becomes a thing of humour, comic relief released in a moment of silence during a game. But we shouldn’t. To call our players useless, rubbish, cowardly, will never help them. In fact, it does the opposite. And so the voice in the stand is void of value, and should be given an ultimatum, “Shut up or get out.”

This is not an article to comfort the snowflake generation – it is an article to put science behind the saying, ‘if you have nothing nice to say, then don’t say anything at all’.