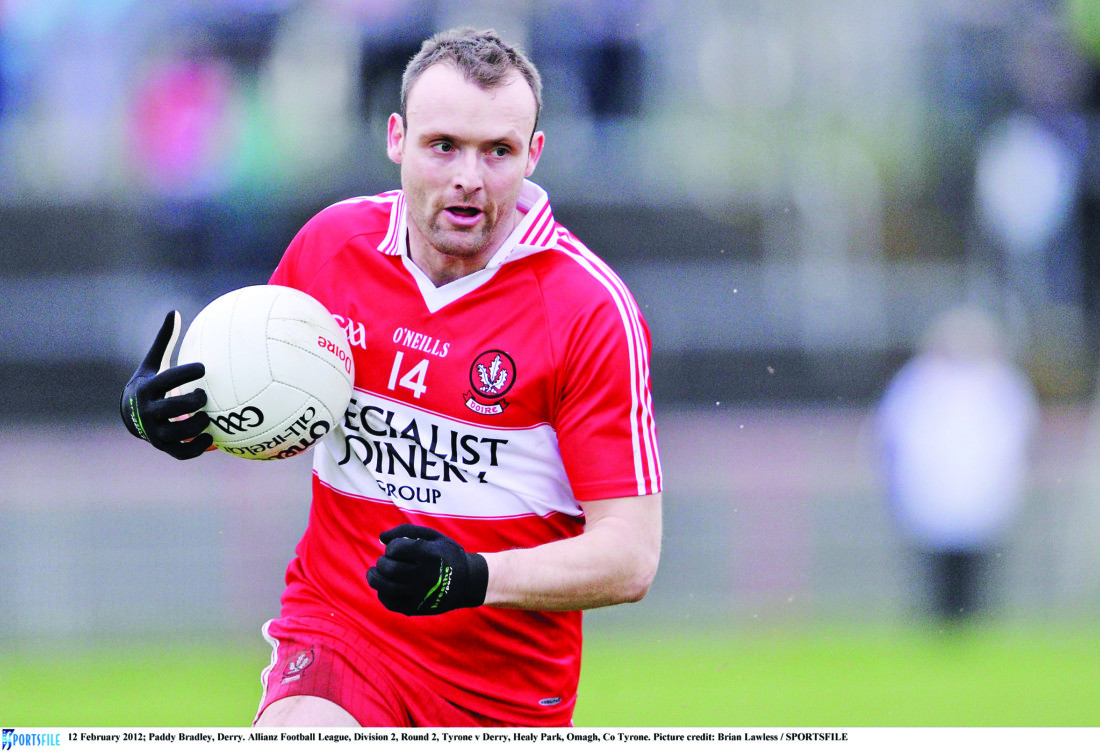 IF the last year has taught me anything, it’s not to stress over the things which are out of our control. There are so many things nowadays which, for want of a better phrase, are imposed upon us and that simply wasn’t the case before.

Normally I would have been someone who needed to be in control. For the most part I would have always been hands-on and tried to have as much detail as possible whether that be in my work, sporting or social life.

I’ve not exactly done a 360 degree turn on this but I’ve definitely learned that stressing over things which are ultimately out of my direct control is not worth the angst.

I can point to my pending wedding as a case in point. When all the excitement of an engagement died down I got to work setting up a spreadsheet reflecting on everything from prospective venues, dates available, bands, hair, video, suits, guest lists etc, etc – the list goes on.

Most important were costings, as I’m sure most engaged couples will tell you, and all done to a formula so that there was no room for error. It wasn’t a case of being a ‘Groomzilla’, more a case of being over the detail of it all so that’s it doesn’t run away on us.

Fast-forward nearly two years and it’s been two failed wedding dates and multiple drafts at guests list with no numbers, 15 people, 30 people and with nearly every common number done up to the original number of 250-plus.

However, at this stage my belief is that whatever will be, will be. I am done speculating over what numbers the southern government will allow in October and at this stage whatever it is it is, there will be no changing or pushing back. After all, I’m not getting any younger and my looks have to fade sometime!

People are genuine about their concern and everyone likes to give advice on what my fiancé and I should have done and should do, but it doesn’t always suit and for the most part I politely nod and agree.

While it took me the last year to resolve all these things and be able to compartmentalise and park certain stuff, I’ve been able to do that on the sporting field for three or four years now. Realising that my twilight years are coming and going thick and fast, I wanted to just get the maximum enjoyment out of it all while I could. That doesn’t diminish my competitive streak or make me care any less about winning, but it’s more about just learning to worry about what I can control and the things that I can’t.

What do I mean by this? Well, for the most part of 11 or 12 years I was playing at an elite level with other individuals at a similar level. To then go back to solely playing club football takes a bit of adjusting

I did realise quickly that football doesn’t mean to everyone what it did to me and where it sits on their list of priorities might just not be the same as mine. What I’m prepared to sacrifice and the lengths I’m prepared to go to, to get the best out of myself, is different to someone who sees it purely as a social thing.

Me worrying or stressing why player X has missed two out of the last three sessions, or why player Y never goes near a gym door to do a bit of extra work, was only getting myself annoyed over things I couldn’t control. You might read this and think, ‘well you can try to control that, you can tell player X or Y what they need to do in order to be better’, but sometimes they just shrug their shoulders and shuffle their feet and be like ‘and your point is?’

That is not a slight on anyone; it’s just a reality of where GAA is at for a lot of people. We couldn’t field a team without those same people so there has to be a trade off somewhere. There is a balance needed between being that person who others end up resenting because you are constantly at them for not pulling their weight and being someone who just comes and goes and doesn’t try to impart some of the knowledge and lessons learned.

This certainly is not about self-glorification but for the most part setting the example by doing is a great starting point. I always make a point of coming early to get an extra bit of warm-up done. I always do my one or two gym sessions per week (this is done away from sight in our own home set-up) and I always organise what I can to make sure I am at training.

It’s the unseen sacrifices which are made that are the biggest ones and the ones which people don’t realise, but I’m not about to go gloating about them either. I know I am content in where I am at in relation to what I give to playing. For me it’s trying to resolve that other players just simply don’t have that same mind-set and as I move into coaching with our underage teams, I am always very conscious of this.

I try to give them the best chance they have of being the next Paddy Bradley all the while knowing that players like Paddy are a once in a generational thing. However, I always make sure that that are aware that Paddy was always first to training, stayed after every session for years to kick 20 frees and came to the pitch by himself to do the same.

That just didn’t all happen by accident. So while we will probably never produce another Paddy Bradley, it doesn’t stop our young ones from striving to be the next Paddy. And for those who have no interest in being the next Paddy, I have a respect for that as they are aware of what they want to get from the game. While they maybe have a more laissez faire attitude towards the game, it doesn’t mean they are any less deserving of playing. There is a trick to trying to merge this altogether which very few can master.

But for now, I don’t want to be seen as the grumpy old man at training and I’ve had to resolve some of my natural instincts to stop being seen like this. Just park stuff and worry about what I can control. It has also stopped me from constantly waiting on announcements from the Irish Government about reopening, prospective timelines etc, as there are others in more dire situations than mine and whatever will be, will be for me and that’s it.