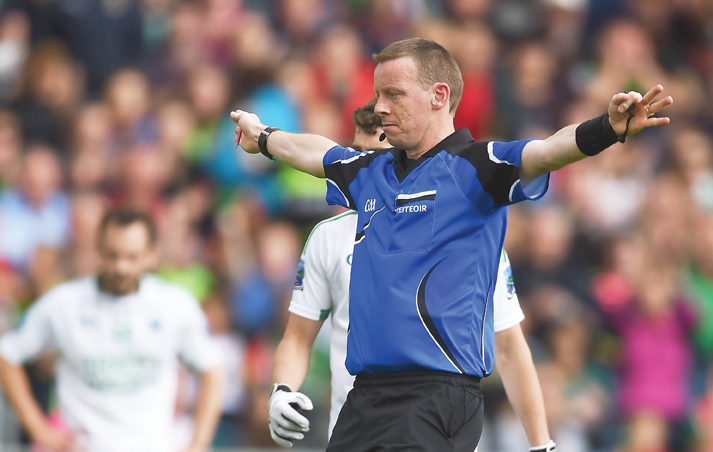 WELL, no one can say that if they were at the Derrygonnelly versus Trillick match on Sunday that they didn’t get value for money in terms of excitement.

I wasn’t at the game so I can’t comment on the overall quality of it but one could have guessed that the county champions from Tyrone and Fermanagh who have several top quality players throughout both teams would serve up a pretty decent fare given the weather was favourable for this time of the year.

What does seem to have provoked most debate is how the match finished out. I watched the drama live on Twitter was it unfolded and I have to say I was captivated by it. For the winners it’s scenes of joys and for the losers it’s the complete opposite.

I would probably start off by saying that I am in favour of ending a game in penalties if it has to be done, but only after the other options have been exhausted. In this scenario I don’t think that this was the case.

Given there is a two-week break until the semi-final I feel a replay would have been the fairer option after they were level at extra time.

If then in the second game both teams are inseparable after extra time I would be in favour of penalties. The result has to be decided in some manner and it just can’t be allowed to run on to a third game given the time constraints and the fixture calendar.

Look at the Donegal final that had to be wrapped up on a Wednesday night as the Ulster competition was looming. Had Glenties been beaten by Castlerahan then everyone would have said it was down to the fact it was their fourth game in 14 days and probably blamed the Ulster Council for not shifting the game.

In reality the Ulster dates are set long ago and this lets individual counties set their fixtures accordingly. From what I gather the Donegal County Board could not impose penalties for the finals as it was not in force at the start of the competition but instead had to ask the competing teams if they were open to the option. As both didn’t agree then penalties could not be used.

The Ulster Council had the luxury of declaring at the start of the competition this was to be the case and both teams involved were aware in advance as it was to be ‘winner on the day’. I would imagine in most scenarios next year this will be brought into force at the outset to give organising committees the option to use this if needed.

Much of the social media debate around this has been divided with a lot of commentary surrounding the negative side referring to soccer connotations taking over or the fact that amateur players should not be faced with this.

I believe everyone is entitled to their opinion but to try to be so tribalistic and refer to soccer connotations taking over the game is ludicrous. Penalties have been part and parcel of the game since Gaelic was first played. The action of kicking the ball is one of the fundamentals of the game. While maybe not kicking it off the ground is something which everyone is accustomed to it is not like a completely alien idea has been plucked out of the ether.

This idea has a lot more common sense attached than the idea of 45s or 35 yards free kicks. Realistically how many teams have a dead ball kicker who can score a 45 off the ground. These players are maybe limited to one or two players a team, and with everyone else it’s simply give it a lash and see if it goes over.

While teams will have more players accustomed to a 35-metre kick, it is simply down to your own teams failing’s and nothing else if you don’t win.

At least with penalties, by virtue of having a keeper to score against, either team has a way of affecting the score and there is still an element of being able to make a difference against the opposition penalties whereas free kicks you are simply waiting on another team to miss before you can capitalise.

By also using the argument that these players are amateur and they should not be subjected to finish a game in this way – is it any different than one single player missing a last kick free when his team is one-point down or the keeper who drops the ball in his net in the last play of a game and they team gets defeated?

These are all cruel ways to finish a game if you want to use that terminology but they are all part and parcel of winning and losing. Just because Lee Brennan missed the penalty the other day doesn’t mean to say it was his fault that Trillick are not in the semi-final. Anyone with a bit of common sense who looks at a game as a whole could pick seven or eight instances over the course of the 80 minutes that affected the outcome of the game. In a game where the margins are so tight all the small things add up as opposed to one incident deciding the outcome of the game.

As Neil McGee said himself last week in-between the 2nd and 3rd game of the Donegal final, maybe we are a bit to ‘nicey nicey’ in affording the teams a chance to win a game and it just has to be done. As someone who has been in that position of missing a penalty I know it’s not a nice feeling and at that point in time you think it’s the end of the world but I soon learned to get over it.

In 2010 when Derry played Armagh in the Ulster Championship, we were 2 points down with 5 minutes to go and we won a penalty. I had been the regular penalty taker for the club, scoring 11 out of 12.

I was Derry’s nominated penalty taker but was never afforded the opportunity to take one in a competitive setting. As it turned out we won one with 5 minutes left in the game where Celtic Park and packed and it was live on BBC. This was also the first year the penalty spot had been moved in 2 yards so in theory it was easier to score.

The Gooch had scored the first one from the new distance the week before in a championship game versus Limerick. I was quite confident as I strode up the pitch in Celtic Park and it was in an end I has scored penalties previously versus Slaughtneil in a championship match at club level so it wasn’t all that new to me. As it turned out, I didn’t connect as I would have wished and I hit it too close to Paul Hearty and he turned it around the post. We went onto lose the game by 3 points.

At the time I was distraught and blamed myself for the defeat but ultimately as a team we didn’t perform that day as we should have. So if anyone ever asks in a quiz who was the first person to miss a penalty from 11 yards in Gaelic you will know the answer!!

It seems this one miss banished me from this job as sharing a changing a changing room with Eoin and Paddy and then my little brother Dermot, all three have since gone on to relieve me of that duty. However, my ratio of 11 out of 13 is not that shabby and I stand over it – it certainly stacks up against any of the aforementioned above.