Advertisement
HomeColumnistsGerard O'KaneGerard O’Kane: the light at the end of the tunnel
Advertisement 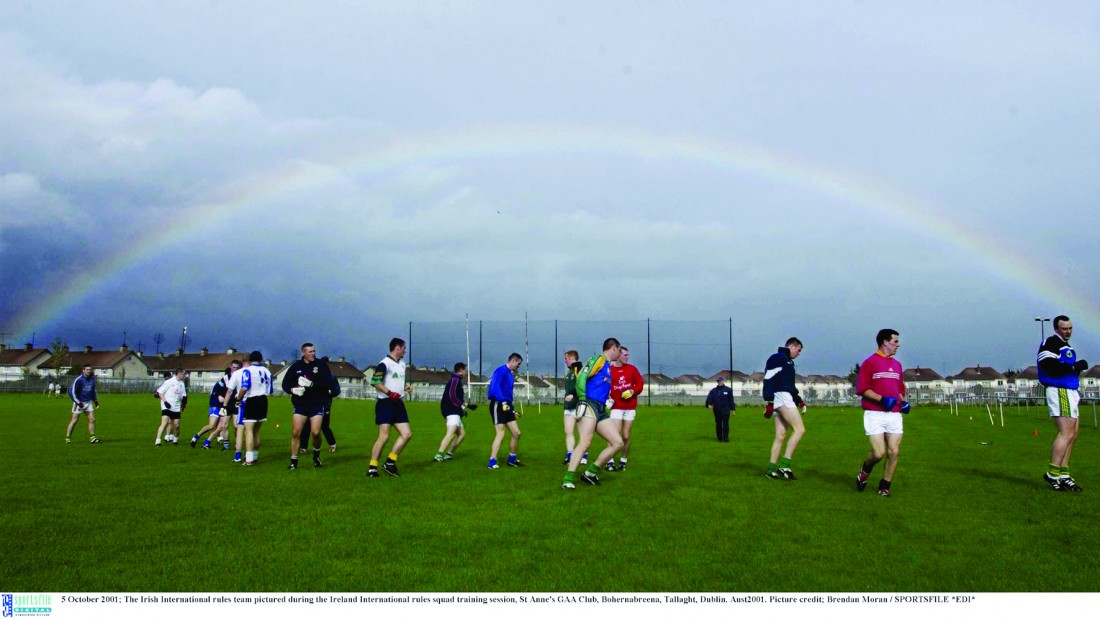 WELL, you see that there in the distance? That is the light at the end of the tunnel.

The Executive in the North has decided that from April 12 sports teams can gather in groups and commence training. While there are some restrictions to the numbers allowed in a pod, it’s better to have something to look forward to than nothing at all.

The Southern Government have announced intercounty training can resume from April 19 and underage training a week later – and that’s a bit disappointing that some kids in Ireland will have to wait an extra two weeks.

While not ideal, it’s better than nothing at all. Letting that run for a few weeks can give confidence amongst the decision-makers that the benefits of return to play outweigh the issues surrounding pressing the pause button.

With that in mind, I remember a few weeks ago penning a piece about letting the kids play games. It was more aimed at county boards stressing that when do we do open up a bit, get as many matches as possible for all age groups and just have a summer of wall-to-wall games.

Well given that, and being an underage coach myself, I would say that the first coach to bring the youth back and start talking about drills and fitness tests etc, should be told to take his whistle and throw it in the ditch.

Glenullin’s youth coaching WhatsApp has taken a line that for the first two or three weeks after our return, it’s just ‘get them back together and play games where possible.’

We don’t know when an actual competitive fixture will be able to be played. There will be some guys or girls who like the competitive nature of a fitness exam to test themselves which is good, but in these circumstances, on a whole, I would deduce that most children just want to see a ball and start playing football, hurling or camogie.

The same actually goes for a lot of teams at senior level. Most players at this stage will have been through eight to 10 weeks of a running programme which can get monotonous, so there is no reason why guys should not be in some sort of shape to allow them to gather in for games.

With restrictions in pod numbers it will most likely be limited to 7v7, but I would be a strong advocate of this anyway. While 15v15 is vital to allow players to play something as close to the game as possible, games with condensed numbers allow for players to get more touches of the ball. It promotes greater movement as the game is often played at a faster pace and makes the players think about their game quicker as they are often under more pressure in a condensed area.

I would hope to see pitches across the land filled with players playing ball everywhere from April 12.

In the interim, without games at club level it looks as though that intercounty will get the green light for the go-ahead for games.

They will want the month of April to get together in groups before any games take place, most likely a four-week lag.

No doubt all players will have been doing running programmes and have had access to gym equipment but it’s not the same as having to front up in a match setting with all the twisting and turning and pushing and pulling that takes place.

The four weeks will fly in in terms of preparation, but it will be interesting to see what the powers that be decide about fixtures, promotion and relegation etc.

Given they are working with a really tight time schedule then in some respects their hands are tied with how much emphasis can be placed on what is most likely to be three league games. It’s a big ask of everyone but there will have to be compromise again this year in terms of what is being asked and what is being expected of people.

Last year promotion and relegation was still on the table as five league games had been played pre-lockdown, but to ask teams to accept this across the board with maybe only three group games is tough.

Look at Armagh, trying for 10-plus years to get into the top division. They have now landed in what is a mini-Ulster league with Monaghan, Tyrone and Donegal. One defeat and they are in bother of going down such are the margins.

But then the flip side of the coin is that my own county Derry and others are looking to develop. They are in Division Three and would love to get up to Division Two.

If there is no promotion it takes away their chances of getting to Division Two until 2023, which seems a long way off at this stage.

There are going to be winners and losers in all of this even before a ball is kicked. I suppose for a lot of teams it’s what you make of the situation put in front of you. There will be a number of teams who will only be focusing on a championship later in the year, however given what the championship has become as a whole, those teams will be limited to four or five or so for now.

The league is where it is at. It’s where most players get their majority of game-time in the intercounty season so it should be treated with the respect it deserves.

In the meantime, I’m off to run my last 5k ever! I joke. During the lockdown, I ran a 5k once just out of curiosity to see what sort of time I would be clocking. I used to enjoy that type of running but as I ran it there was a thought in my head saying, ‘what the f**k am I doing this for?’

Alas, I finished it and after that I vowed not to do one again unless I specifically ever needed to and I am sticking to that.

Just give me a ball and I will be happy enough at this stage of my career!