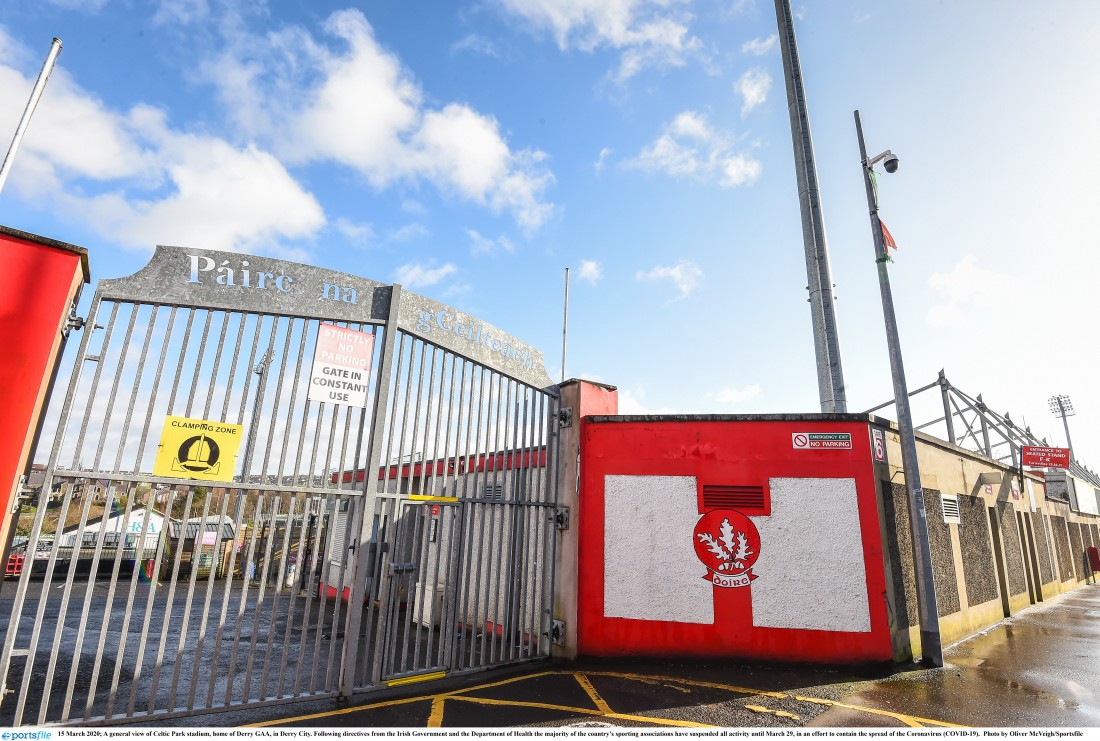 ALL of a sudden there is severe feeling of Groundhog Day all around the country for the GAA.

On Tuesday afternoon the Irish Government, in a proposal put forward by NPHET, decided that they should ban all supporters from all sporting events up until at least September 13. The daily infection rate for Covid-19 has been on the rise lately and this was seen as a way of trying to row back in an effort to get the numbers back down.

I have tried to steer clear of such subjects in my columns as most newspapers have been awash with it over the last six months, but given the magnitude of the decision only 48 hours ago it is hard to avoid.

I firmly believe that GAA and politics should not mix and that they should be run parallel of each other, but as I write this column the GAA is actively seeking a meeting with Ronan Glynn to ask him for the evidence behind his decision. This is a very delicate situation that the GAA finds itself in.

On one hand they look like they are maybe questioning the decision of one of the most important civil servants in Ireland at the minute in the middle of the most serious world crisis we have seen in 100 years.

On the other hand, they are maybe just looking at evidence as to why this decision has been taken and in doing so how the Government expect the rise in daily cases to fall as a result.

On the day the Government took this decision, the previous 24 hours had identified 190 positive new cases. Given the track and trace system in place, exactly how many, if any, were attributable to attending a sporting event remains to be seen.

There has been no widespread reporting in the media of any clusters having being associated with any gatherings at any sporting events. All the evidence so far has pointed towards outdoor settings being a lot safer than indoor settings where the virus is up to 19 times more likely to transmit.

Given the other areas of the country that are still operating in indoor settings, the GAA are maybe just looking like-for-like treatment with other sectors.

Far be it for me as a player and a coach to be questioning some of the most important people in the country at this time, but that is what the GAA hierarchy is there for, to represent its members.

The GAA have people in place who are experts in these areas and they are in a sense batting for its members in this regard and asking the question ‘why?’

I have viewed a lot of GAA folk pointing to the fact that the GAA have been the community leaders throughout Ireland since this pandemic began to take hold. They have been at the forefront in every community. After lockdown they have also put in place measures that ensure that they are covering all bases and taking all the necessary precautions in a bid to let people have some sort of normality back in their lives.

Most people would attest to the fact that sports getting going again and the GAA being up and running at all levels has been a real release for hundreds and thousands of people across the island. I suppose this is why the latest decision by the Government has been so tough to take for many.

To me it seems like using a sledgehammer to crack a nut or as one journalist put it the other day, ‘the GAA are the low-hanging fruit for the Government’.

As noted above, I am no expert in this area so I am cautious about questioning the decisions of the highest Government officials without knowing what they know. However, on the face of the facts we are presented with, if they want to get that 190 positive case figure down then there are other areas which could be addressed before looking the way of outdoor sports.

There is the added dimension to this of the fact that the six counties in the North operate under a different rule of law than those who take their direction form the Dail. That in itself is a whole other debate which will rumble on and on, but in the short term it looks like we will be able to play away and go to games as normal unless a decision is taken by Stormont in the next few days.

There have been calls for an all-island approach for close on 100 years in many aspects of Irish life and since Covid-19 has become part of our lives these calls have grown louder.

For the first few weeks, as lockdown eased, there was a cavalcade of teams from the six northern counties making their way over the border for friendlies as sport was still in lockdown mode here. It might just be interesting to watch how these next few days and weeks play out in terms of supporters viewing games.

There is so much scientific, political and public health information whirling around that these decisions are not taken lightly and only the most succinct of information is taken into account as there would be a danger of information overload.

As members of the GAA we will just have to abide by whatever decisions are taken at a Governmental level, but as it stands the likelihood of an inter-country championship, something I never even touched on, is a long way off at this stage.

IT’S OH SO QUIET….The stands in the south look set to be empty for the next while at least