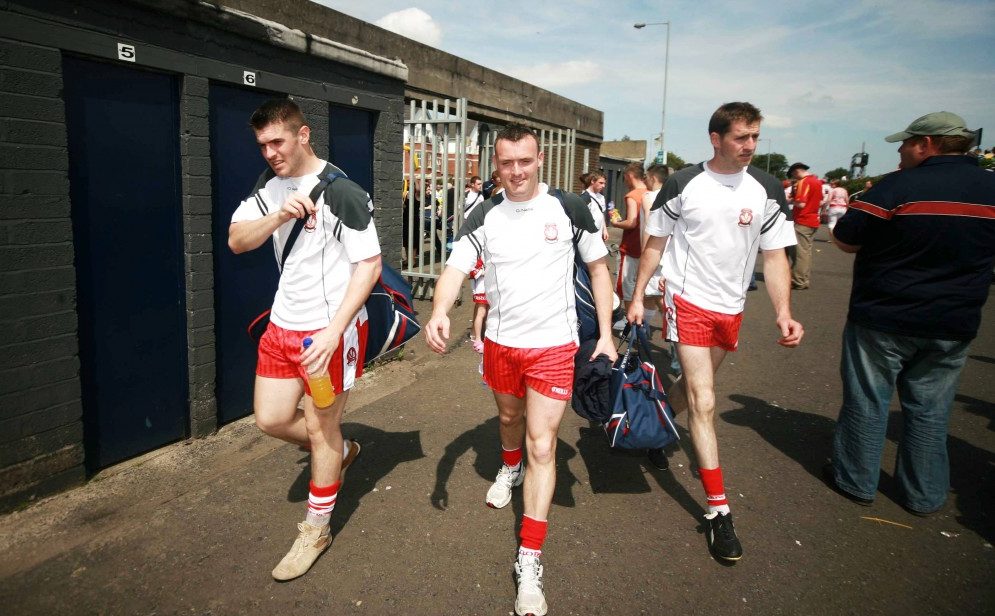 THEY usually say a week is a long time in politics. Well, in the current climate, you can change that to an hour and that is no exaggeration. In my column two weeks ago, before any sort of bans, closures or lockdowns were in place, I said that the GAA should get out ahead of the curve and be a real leader in these uncertain times. Then at midday on that Thursday, the GAA duly followed the government advice and acted swiftly.

I have to say that if it wasn’t for the GAA during this time, the people in the north of the island especially would have been left wondering. When the southern government was taking swift action in closing schools and banning gatherings the GAA followed suit.

Being an all-Ireland Association, different county boards and clubs took this advice on board and it was from this example that many ordinary people sought to follow while the government of the north followed advice from Westminster.

I am certainly no health or scientific expert but the actions here went against the advice of the World Health Organisation and the actions of around 24 or 25 other European countries. I have to say we have all been thankful for the GAA’s leadership on this and I have said it here many times before, too many people are too quick to point out flaws or negatives with the organisation but the GAA should be roundly applauded here.

Now that is out of the way I am going to take a different approach to my column this week as most column inches are devoted to the Covid-19 crisis, the impacts on society, potential outcomes etc.

It is a bit more light-hearted and usually the sort of thing I steer away from, but I just wanted to give you a few insights into my own career and experiences.

With some people this can be a dispute and a toss-up between different people but for me it’s easy, Paddy Bradley.

Leaving aside the family and club connections, during his career he was consistently the best forward in Ulster, maybe Ireland. Strong, fast, courageous and a ball winner of any type, and then accuracy off both feet, he had it all.

A maybe not so well known fact, and I stand to be corrected on this if it has changed recently with maybe Conor McManus overtaking him, but Paddy is the top Ulster scorer ever.

While Oisin McConville holds the record for Ulster Championship, most of Paddy’s scores were in the backdoor but that is through no fault of his own. He was one of the first players to be regularly double marked by Monaghan, Tyrone and Donegal in the ‘noughties’ and he still starred.

It was the same at club level for Glenullin over a period of 21 or 22 years. Even in his later years he was taking 1-3 or 1-4 off the county defender on the other team.

I played a few years of Railway Cup with some fantastic players of that era but for sheer consistency and stats Paddy is the stand-out.

This one is a lot harder to choose. It’s hard to say in a one-off game, it would probably be more a case of who I didn’t like marking, as some players just don’t suit others for different reasons.

I have marked Ciaran McDonald, ‘Gooch’, Jamie Clarke, Sean Cavanagh, Paul Finlay and Tommy Freeman all quite regularly but it’s a toss-up between two players.

I remember in 2010 Derry played Monaghan in Inniskeen in a league game. We had started poorly and I was playing wing-back but Conor McManus was causing bother inside and I was switched back to mark him.

Conor was well established at this stage but maybe not on the national stage. I remember coming out for a ball in front of him and then in a split second he went flying past me, gathered the ball and hooked it over his shoulder for a score from a tight angle.

I had a discussion with our coach at the time Kevin Madden and tried to put it down to our training at the time as we were still in pre-season mode, but having marked Conor a few times since I can say he is a major handful and a lot more. He basically has everything you want in an inside forward.

The other player is a completely different type of player but one who was always very difficult to mark and that was Conleith Gilligan. Playing against ‘Deets’ once or twice a year at club level, I’ve marked him a fair few times and with the nature of his style of play, I found him very elusive.

No matter where I played in our defence, I tried to provide an anchor there while also trying to dictate the pace of game and influence the game offensively but the way ‘Deets’ played his game it left it very difficult for me to do this.

It got to the stage where Glenullin usually had a dedicated man-marker, usually my brother John, for him and I was ever so glad of that.

Childhood idol when growing up

My early football memories and teenage years coincided with probably Derry’s most successful period in their history, winning four leagues, two Ulster Championships and the All-Ireland title in an eight or nine-year period. It is easy to have footballing heroes in Derry when growing up in that era.

I have since become friendly on a personal level with a lot of them.

I have marked some of them same players and played with and under some of them but as a 10 year old it’s hard to look past Anthony Tohill.

During that 10-year period, he was the dominant midfielder in Ireland and probably the best all-rounder. Fielding, scoring, free-taking and tackling, he had it all.

It’s hard to compare players in different positions as the nature of their play was completely different but for me Anthony was the best at that time bar none.

Brian Fenton is often regarded in the top two or three midfielders already but can you imagine if Tohill was playing in that current Dublin team.

Conversely, if you transport Fenton to the Tohill years, where Derry got to one All-Ireland final and were beaten in two All-Ireland semi-finals, would he have the effect on games that Anthony had? Rose-tinted glasses and all that, and it’s hard to definitively say but in my opinion it’s doubtful.

I remember marking Anthony just after he finished his Derry career and I was a 10 stone 18-year-old who had just captained Derry minors to the All-Ireland and St Pat’s, Maghera to a Hogan Cup.

I was playing midfield with the brief to run him all over the pitch. I cringe now at the thought of it.

I only thought I was fast and had a good engine. His sheer running power and massive stride blew me away. On kick-outs, I was told not to get into a wrestling match with him but take a run at the ball and break it. Again, it is embarrassing at the sight of him, and I can say this without exaggeration, holding his left arm out, holding me back and just letting the ball fall into his right arm, chest high.

If ever there was a lesson given to me that day to stay humble, that was it.