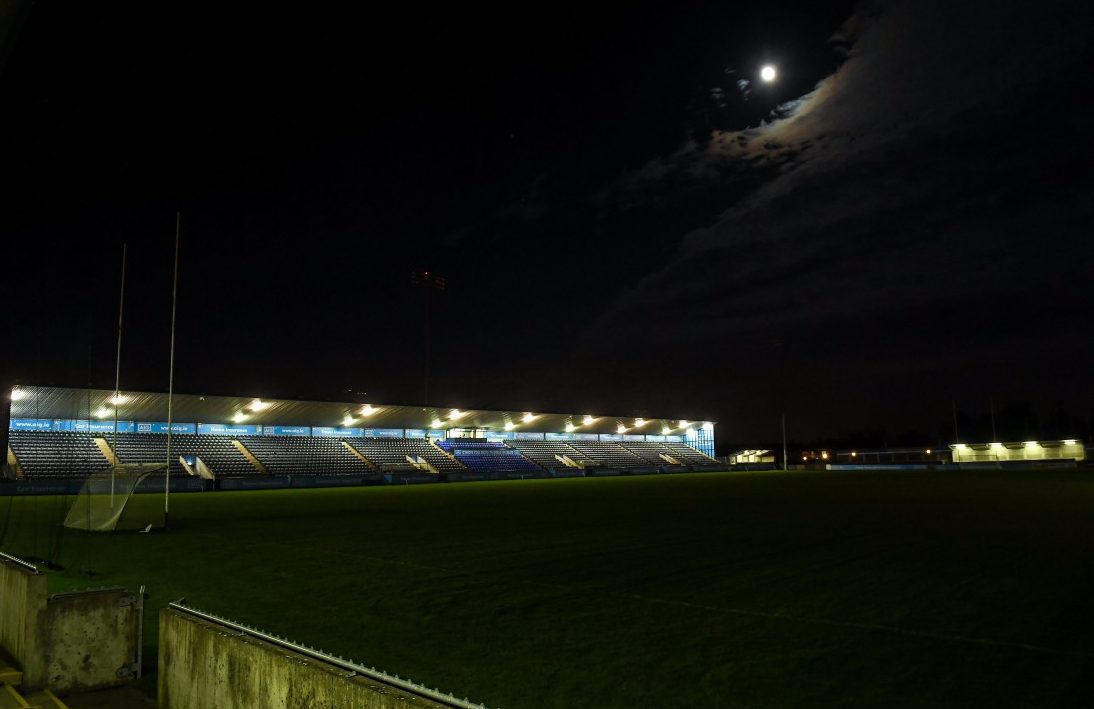 AS the Elton John song goes, ‘Saturday Night’s Alright for Fighting.’ While I certainly would not condone or advocate the fighting part, it’s definitely alright for the National Football League.

As a player I used to love Saturday evening games, especially those at home in Celtic Park, mainly due to the fact that I would have been showered and home and up in Glenullin club for 10pm.

Not only did this let me enjoy a Saturday night after the game, but it also gave me the Sunday free to have a day off or spend with some of my friends or family.

I understand that it’s not always practical to have all games fixed for this time due to logistics and maybe even floodlighting capabilities at this time of the year, but where possible games should be played on a Saturday evening.

The Saturday evening games seem to bring a better atmosphere to proceedings. Players and fans alike appreciate the Saturday evening throw-ins. While it might not suit everyone due to work commitments, it certainly has a certain appeal and this should not be confined to county football either.

County administrators should take note of the ever-increasing demands of club football and see the value in having Friday or Saturday evening games. While it will not be possible until the clock changes and there is more daylight, this affords club players the benefit of having some proper family time on the weekends.

While there will always be traditionalists who vouch for the Sunday afternoon fixtures, even if there was a 50-50 split in counties with the fixtures I am sure it would be seen as a decent compromise.

Anyways, back to the fare we witnessed last weekend across all four of the divisions.

I know it will be said in many quarters and it gets repeated every year, but the league is truly a great competition.

Players love the idea of playing week-on-week. This means there is less training in between times and more games bringing down the games to training ratio, which is one of the GAA’s biggest issues amongst the playing population.

With 16 football games on offer over the weekend and five of them ending in a draw and a further five being decided by one score, it gives GAA supporters all they need in terms of excitement.

For the last weekend in January the quality was certainly on a par with that excitement. This just goes to illustrate how serious managers now take the league and they view getting a good start as vital to how the season may pan out.

Take last season for instance, Antrim manager Lenny Harbinson went on record to saying that the Saffrons would not win an Ulster title and promotion from Division Four was their ultimate aim. Antrim subsequently lost their first two games in the league against promotion rivals therefore ending their promotion chances.

As a result their hopes for the season were probably dashed by the first week of February. Having learned from this, they obviously targeted the Wexford game at home on Sunday past and having won the match it gives them a great boost looking forward.

Similarly for teams in Division Two who are hoping for promotion, defeat in the first two games would more than likely end any promotion hopes therefore a massive emphasis is being placed on the early stages of the league.

This is why after a draw in both their opening games, the game in Newry between Down and Derry this Saturday night could be season-defining for both teams.

Defeat either way may prevent promotion from Division Three and therefore consignment to the second tier competition. The knock-on effect will be players withdrawing from squads, an exodus to America of the younger panel members and general apathy towards a competition that most of the counties in Division Three voted against.

So instead of using the league to test players in a new environment, to give other players game time to build match fitness and in general a breeding ground for new ideas, it is being used to set a marker down from early on in the season.

The one big disadvantage of this is that a lot of county managers get so blinkered by this approach that they cannot see the wood for the trees.

The last few weeks and the arguments and wrangling over player availability have been testament to this. I touched on this in my last column but at a risk of revisiting old ground, the idea of a player playing for their university in a game on a Wednesday between two county fixtures on successive Sundays is not going to be the difference between that respective county winning and losing a game, or at least is should not be.

The idea of keeping the player fresh is often used as a reason. Here is an idea, how about they can play a match for the university during the week and maybe miss a county training session in lieu so that it’s not a case of overdoing it but simply replacing one for the other for one night?

It might be easy for me saying that not being involved in county management but I still look through it all from a player’s point of view of playing more games and partaking in less trainings.

To end on a more positive note, I was at a pre-marital course over the weekend. Regardless what people’s thoughts are on Catholicism or religion in general in Ireland – that is each to their own – there was so much on the course that is transferrable to the sporting field.

There was a lot to do with communication, conflict management or your goals, hopes and visions of for future. I have to say I went into it with a pretty open mind and I was pleasantly surprised as to the content and advice we received over the course of the weekend. However as much as I feel I might be ready to resolve the argument over to whose turn it is to do the dishes it might take a bit more practice when I get back out onto the pitch and have to take that count to 10 before contesting a referring decision remonstrating with everyone around me as I get crankier in my old age.