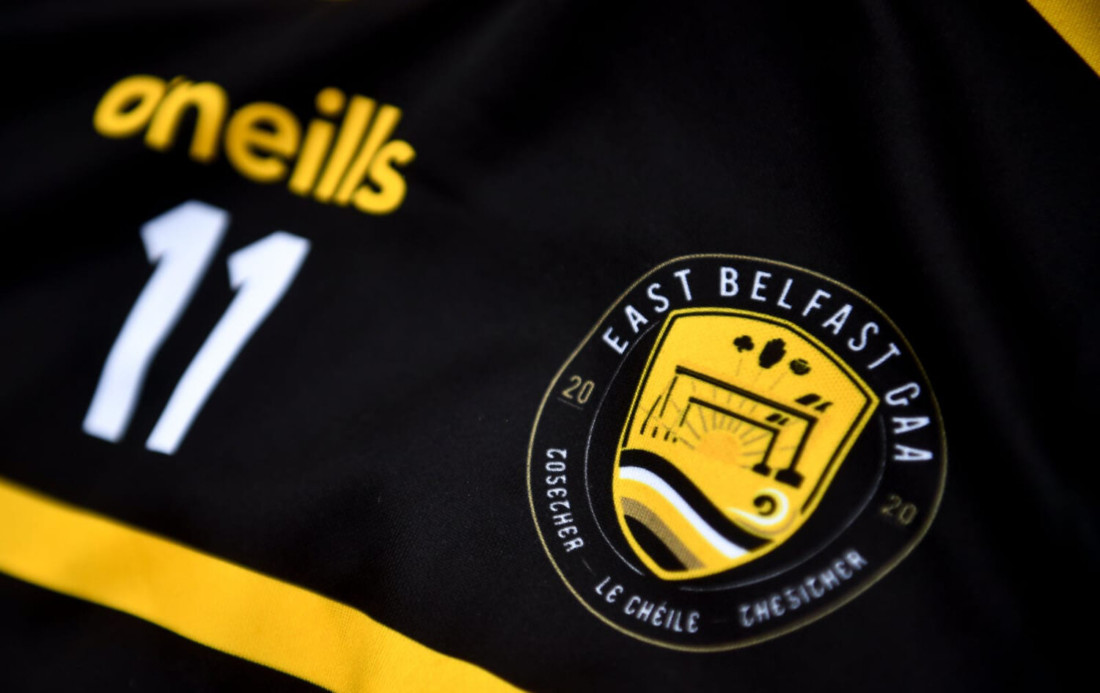 IN 2008, Martin McAleese, husband of then President Mary, attended a meeting between loyalist commanders and community leaders, and Ryan Feeney, then Ulster GAA’s workaholic Head of Public Affairs.

The loyalists were fascinated by the GAA’s community model. They wanted to explore how this might help regenerate their own deprived communities. They were keen to understand why there was such a sense of pride and self-help in our society and how to achieve the prize of a shared journey with no one left behind.

The summit took place in the Shankill Road Community Centre. After Martin and Ryan had made a lengthy presentation, the two men shared tea and buns with the group. Jackie McDonald, the once notorious UDA brigadier turned peace-maker, warmly shook their hands.

“Great to have you here” he said. “Thanks Jackie” said Feeney, “I wonder what would have happened if we’d come here 10 years ago?” Martin politely asked one of the other commanders if he wore the dark glasses because he had an eye problem. “No, I wear them because they make me look scary.”

Before Martin and Ryan left the meeting, they arranged to bring the group to the upcoming All-Ireland Hurling semi-final.

Normally they would have been getting the ferry to a Rangers game. Here they were heading into the belly of the beast. One of the lads was wearing a Dublin jersey. “You like it?” he said to Feeney, ” Up the Dubs!”

These loyalists, who had once been duped by the DUP into believing we were “the IRA at play”, drilling our young people on Saturday mornings like the North Korean military, were suddenly in the Hogan Stand, open mouthed at the exploits of Henry Shefflin and Tommy Walsh.

There were many meetings to follow. A few weeks later, the group attended their first All-Ireland final as guests of the GAA President. In those days, the husband of the Irish President was personally engaged. The GAA President hosted large groups of loyalists and community representatives on our biggest days, exchanging views and offering help to build communities.

Powerpoint presentations followed. Discussion groups. Lectures from prominent GAA administrators. Sad to say, this cohesive strategy has been allowed to lapse and relationships have not been maintained.

Now more than ever, loyalism needs real support, investment and help to create vibrant communities and the GAA leadership needs to focus on this as a priority. There are many of us in the North who would be happy to help but the GAA needs to oversee and support it. I cannot think of any more urgent priority.

A striking example of what can be achieved is the East Belfast GAA club, based in a traditional loyalist heartland. Dave McGreevy, its founder, lives in the area.

He played for Teconnaught in Down and then London, before settling here.

He saw the extent of the problems at first hand and resolved to do something. Through a friend who is heavily involved in the East Belfast Regeneration project, the idea of a GAA club emerged. “It seemed crazy at first,” says Dave, “I doubted my own sanity. But the more we talked about it the more we believed it could make a real difference in the area.”

Linda Ervine, a community leader and sister in law of the late David Ervine, became club president. Just over one year later, they have 400 adult players from both communities, making them Ulster’s biggest adult club, followed by Carryduff GAC.

Dave says “There is complete disconnect between the area’s political leadership and what is actually happening on the ground. What is clear to me now is that you can only achieve real change at grassroots level.

“We don’t put any labels on anyone so I genuinely couldn’t tell you how many people from the other tradition we have but over a quarter of our members have never played Gaelic games before! These are young people, not commodities. It takes a village to raise a child and that is what we are trying to do.”

The GAA in Ulster and nationally needs to redouble the excellent work previously done on reconciliation. I suggest that Martin McAleese be asked to lead a well-resourced working group on reconciliation that will resume the invaluable work of educating working class protestant communities on the GAA community model.

After that hurling semi-final in 2008, in the splendid surrounds of the VIP suite of the Hogan Stand, Feeney asked Jackie McDonald what his overall thoughts on the experience were. “We need a protestant GAA.”

As we all know, it takes a village to raise a child.