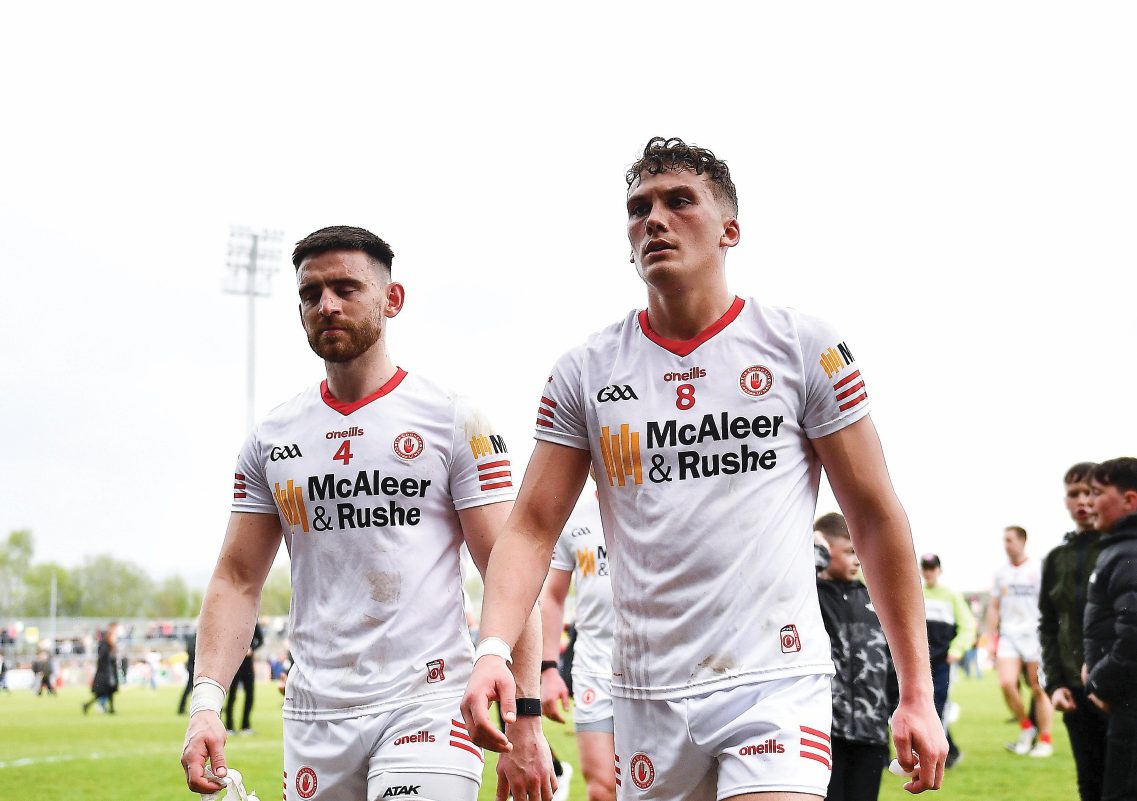 WHEN a good team is beaten by 11 points something has gone badly wrong. On the 12th of June 2021, Kerry and Tyrone met in the Allianz League semi-final. Tyrone lost by 16 points, 6-15 to 1-14. Kerry came out of that game thinking they were world beaters. Two months later, on the 28th of August to be precise, Tyrone handed them their arses on a plate in the All-Ireland semi-final.

In the first round in 1993, we annihilated the great Down team in the Marshes on a scoreline of 3-11 to 0-9, by eleven points. One year later, we were getting ready to play Down again in the first round, this time at Celtic Park, which had been a fortress for us.

We were reigning All-Ireland champions and the legendary Kerry full back John O’Keefe, writing in the Irish Times, said we were “set to dominate Gaelic football for a decade.” Down beat us with a last minute goal. As it turned out, we dominated Gaelic football not for a decade, but for 69 minutes.

Sunday was a classic Jimmy McGuinness style ambush. It was carefully plotted by the manager and very well executed by a group that had rehearsed the plan endlessly. Rory Gallagher correctly presumed that Tyrone would want to put on a show in front of their home crowd. That they would want to show them they were worthy champions.

So, from the first time Tyrone took possession, Derry withdrew into their own half and – like the 2012 semi-final between Dublin and Donegal – sickened the favourites.

There would be no showing off of skills. No delightful scores. Most importantly, there would be no goals. Every time a Tyrone man was turned over, or blocked down, or gave a stray pass under pressure, or kicked a kick out over the sideline, Derry grew taller and Tyrone grew smaller.

Jimmy and Rory wrote the script for this and with Rory’s modernising tweaks, including a carefully planned high press on the opposition kick out rather than conceding the kick outs, Tyrone were soon in serious trouble.

The psychological impact of having your expectations of a game completely thwarted is enormous. The impact on Tyrone was overwhelming. This is because as new All-Ireland champions, at home, they were expecting to be able to put on a show.

Instead, they were forced into a grim battle, and mentally, they were not ready for one.

Instead of buckling down to it and adjusting to Derry’s Kilcoo style pressure game, they sulked. They really sulked. They fouled. They kicked out. They threw balls at their opponent.

It was a complete and pathetic breakdown of discipline and dignity. For me, it was an illustration of how great the great Dublin team are. In ten years, they won eight All-Irelands, including a six in a row. Their talent was and is of course exceptional, but it is their dignity, humility and respect for the game and opposition that makes them great.

Of course, it was not enough for Derry that Tyrone quickly became frustrated and annoyed. The other part of the plan, like Donegal in 2014 against the Dubs, was to put them away ruthlessly, and this was the most pleasing part of our performance.

One thing to glue up the opposition and make life hard for them. Another thing altogether to sicken them by keeping the scoreboard ticking over. Which is precisely what we did.

Each score was a dagger into Tyrone, and when Shane McGuigan blasted home his penalty like the Portuguese lad, Tyrone passed away. Not even the appearance of the son of God for the second half could prompt a resurrection.

It is deeply satisfying that Derry are starting to win back our dignity and self respect. We had one hell of a night on Sunday. But an annihilation of Tyrone is abnormal. We were good and strong and together. But we must be modest. We must strive to improve in every minute of every training session.

We must work harder and smarter. We must be more ambitious (at least three superb chances to lob the Tyrone keeper were not taken on) and work on becoming killers. What happened on Sunday was important on Sunday, but it is unimportant now. Doire abú.