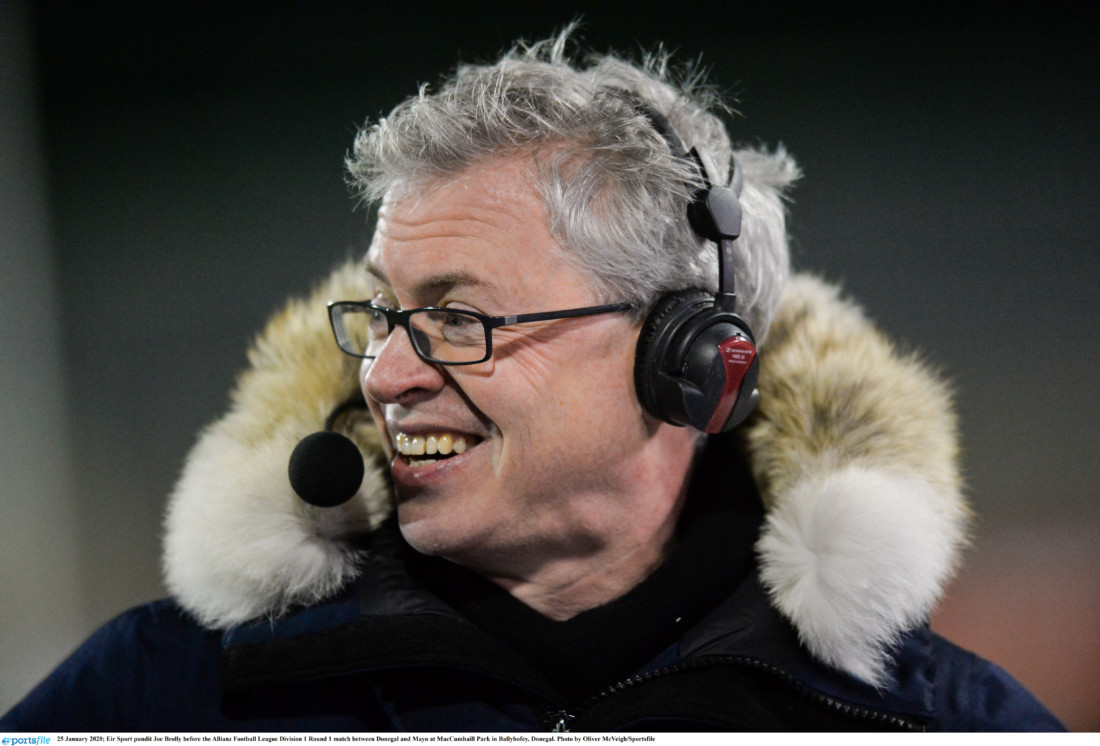 TRUMP and Giuliani arrive at the gates of heaven.

God greets them and nods them through. Trump says “God, can I ask you a question? Was my election rigged?” God says “No, my child, it wasn’t.” As the two men are walking away, Trump nudges Giuliani with his elbow and says “I knew it Rudy. The conspiracy went right to the top.”

With the lockdown deepening, no training, no matches, no pubs, it might be time to embrace the old Finnish tradition of ‘kalsarikännit’ or ‘päntsdrunk’, which translates as ‘getting drunk in your underpants.’

In Finland, with the long, freezing winters and long dark nights, it is their answer to a night in the pub. They have a nine and a half month long winter, forcing them to adapt to a dark and freezing habitat.

So, they get in the door of a Friday evening, take off the snow shoes and the goatskins, strip down to the Y-fronts, grab the carryout from the fridge and get sozzled in front of the roaring fire. It is such a normal part of Finnish life that they even have an emoji for it.

As the Finnish premier said recently, “Often the streets are deserted and human interaction requires a daunting trek (similar to Kilcoo or Lavey), so kalsarikännit helps to make life tolerable for us.”

The Finnish Long Drink Company, whose citrus soda spiked with gin is taking the nation by storm, has adopted päntsdrunk as their marketing strategy, their televised and social media campaigns showing men in their underpants and women in skimpy underwear draped across the sofa in their bare feet, quaffing the cocktail.

With päntsdrunk starting to gain traction in America after the translation of Miska Rantanen’s “Päntsdrunk”, a surprise best seller in the states, Mikael Taipale, one of the founders of the Finnish Long Drink company, is critical of how the Americans are misusing their sacred tradition. “The Americans are making a mess of it” he told the New York Times recently. “They are doing it wearing sweatpants and shorts. The proper way to do this is in your underwear only.”

The custom is described by Finns as “liberating” and “relaxing.” But, as Rantanen puts it, “Finns are comfortable with nakedness and with our bodies, maybe because we grow up using saunas naked. To truly enjoy kalsarikännit, people must have no hang ups about their naked body.” Which is why it will never catch on in Lavey. Thankfully.

Reflecting on the county game at the end of this decade, we are in an era of dynasties. One in full flow. The other only beginning.
When they took their places for the throw-in at the hurling final Waterford looked tiny beside the Limerick men, who sport the physiques of a Russian superheavyweight boxing team from the ’80s.

Which reminds me of a championship match we played against Castledawson in the early ’90s.

Eunan O’Kane, an eccentric genius who had led the Derry minors to an exhilarating All-Ireland title a year earlier, was chosen at right corner-forward, with me at right half.

Just before throw-in, Eunan walked past me, said “I’m not marking that man, he’s a bodybuilder. Look at the fecking size of him Brolly,” and headed for the sideline.

He explained his situation to Andy Murphy, our manager, who burst out laughing. Head shaking with mirth and bemusement, Andy signaled me to move to the corner. Eunan duly took his place at right-half and off we went. Problem solved.

No such luck for Waterford, who were badly beaten up like a pub team playing the All-Blacks. Limerick’s revolutionary anti-opposition puck-out system, their youth, power, skill and that unique style of theirs, half rugby league, half hurling, strongly suggests that last year’s semi-final defeat to a rabid Kilkenny was a blip, like Dublin’s 2014 semi-final reversal to Donegal.

As for the Dubs? Earlier this year, Shinji Sugiura, a biologist at Kobe University in Japan, was studying the Regimbartia Attenuata beetle. The beetle co-exists with frogs, which was perplexing to Shinji since the frogs eat them.

When he looked more closely however, he made an amazing discovery. As soon as the frog swallows the beetle, it scuttles quickly down the frog’s gut and frantically attacks its back passage, forcing it to poop. The beetle emerges, as Professor Sugiura put it, “slightly soiled, but alive.” Which is precisely what happens to Dublin’s opponents in the football championship.

After this year’s final, Niall Scully said “We love making each other happy.” This seemingly corny remark brings us as close as we can get to their secret.

They are proud of each other. They revel in each other’s company. Witness Paul Mannion dancing in the Croke Park changing room after the final like Father Noel Furlong dancing in the tiny caravan in Father Ted, un-self-conscious and completely at ease as his team mates clap and join in.

They play for something good but indefinable. Their deepest instinct is not to let each other down. This is why they work exhaustively on honing their skills and fitness.

What binds them is a fraternity of skill and suffering and loyalty and humility. It is this fraternity that gives each member of the group the confidence and freedom to make decisive contributions.

Think of Murchan’s wonderful, out-of-the-blue solo goal to crack Kerry in last year’s replayed final. Or Con O’Callaghan’s extraordinarily assured debut season, when he scored audacious solo goals in the semi-final against Tyrone and final against Mayo as though he were a multi-decorated veteran.

This culture creates real confidence, the confidence of each member of the group to make decisive contributions when the moment comes. It is something more than winning. It is more akin to honour.

The All-Blacks motto is “No dickheads”.

What they mean by that is that no one must put themselves above the group. No airs or graces are tolerated. No dyed hair. No immodesty. No sense of entitlement. Just humble, ferocious, relentless application to the cause. This is what all of us must strive for, on and off the field.
Happy New Year to all of you. Stay safe and don’t just get drunk, get päntsdrunk.