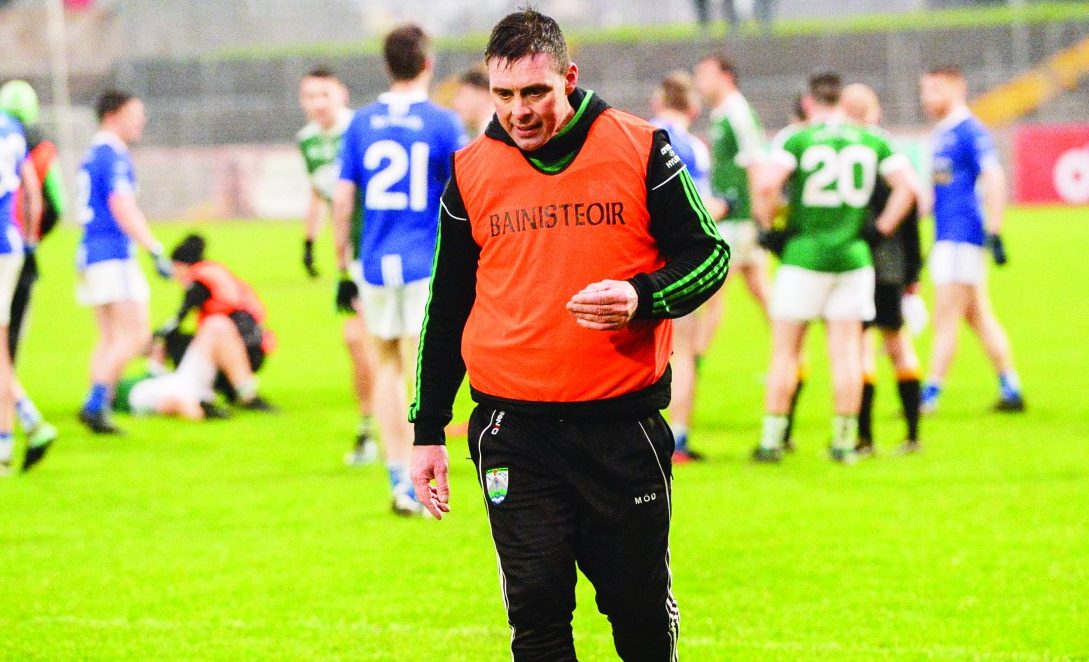 KILCAR and Naomh Conaill will contest the Donegal Senior Football Championship final here in Donegal next week as both St Eunan’s and ourselves fell by the way side last weekend.

We crashed out of this year’s championship last Saturday evening when Kilcar beat us by five points. We can have absolutely no complaints as we were beaten by the hungrier team on the day. I’m not saying that makes it easier to take, but when you sit down and look yourself in the mirror you are able to accept that this year things just didn’t happen.

I suppose overall we can be grateful that we got to play any football at all as at times that looked as if it would never happen.

Every team’s preparations were turned upside down and when things returned to normal it was a case of hoping that it all would slowly start to click with each passing game.

If we look back on our season as a whole I suppose the warning signs would have been there earlier on in the campaign. We struggled with teams that in truth we should have been blowing away but when you are involved with a team in your mind you’re positive and you think it’s just going to click the next day. Unfortunately for us that next day never happened.

We have had a crazy few years reaching the Promised Land once again here in Donegal and then going on to be the first club team from Donegal (outside of an amalgamation) to win the Ulster Club Championship. We have had some great times but it’s like anything, once you taste that you always want more.

Our manager Mervyn O’Donnell has stepped down after four very successful years in charge. Mervyn took this job when no one else would look at it so he deserves everything he gets in terms of praise. From here on in it’s all about the club making sure that the right person is appointed to keep things going in the right direction.

The future is bright as we have a lot of very good underage teams coming through but I made the point to our lads after the game that once you have a good team and are near the top, you grab everything you can as nothing lasts forever.

Our club has now gone two years without a championship and for the team that is there at the minute that is too long.

To the game itself. We had enough chances to cause Kilcar bother but overall they fully deserved their victory and they will now face into a final against reigning champions Naomh Conaill in what should be a cracker.

In the other semi-final Naomh Conaill best St Eunan’s and although there was a lot of talk around the equalising goal deep into extra-time, you must give Naomh Conaill great credit as they are showing tremendous hunger as this will be their fourth final on the bounce.

Like all four semi-finalists, these two teams know each other inside out so this could turn into a very interesting tactical battle and it could come down to who gets their match-ups right on the day. At this point in time my head says Naomh Conaill but we will wait and see what this week brings before making the final call on it.

The one great piece of news this week was that for the final we will have some fans at the game. Playing in that semi-final behind closed doors was nothing short of horrendous and if it remains like this with very small crowds I’m just unsure how the county scene will work.

Players will say the usual nonsense that once you cross the line you don’t even notice the crowd but that’s totally untrue. When the game is in the melting pot and the atmosphere is rocking you feed off that energy – well at least you should do – so that is going to be a massive loss. For the final we will have 200 people in attendance and although it’s better than nothing. There will be a lot of disappointed Kilcar and Naomh Conaill fans who will not be able to gain access and that’s just wrong.

This week has been a strange one with no training no meetings or no recovery sessions. In truth you are always a little lost the week after championship. I made a promise to a mate of mine, Jason McBride, a few weeks back that I would come on board and give him a hand with our u-6s when this was all over so from Friday night that’s where I’ll be spending my free time. I’d imagine there will be a lot less pressure there!