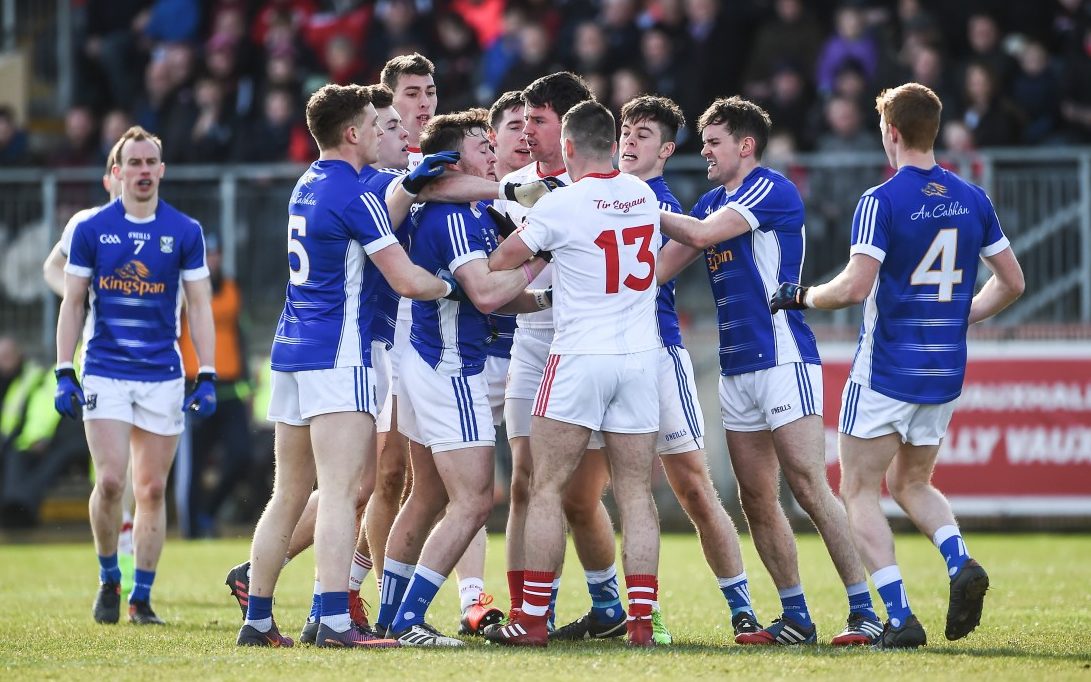 THE 2021 Ulster Senior Football Championship draw has taken place and what a championship we have in store.

Donegal probably got the toughest draw possible with an away trip to Down in the preliminary round. The victors in the opener between Donegal and Down will meet Derry in what will be another tough encounter, especially if it’s Donegal considering the Rory Gallagher connection.

Last year’s winners Cavan, who ended a 23-year wait by dethroning Donegal back in November, will take on a Tyrone team under the new management of Feargal Logan and Brian Dooher in what is probably the pick of the quarter-final ties.

Elsewhere, Armagh play Antrim who are under the guidance of Enda McGinley and Monaghan face Fermanagh.

With the straight knockout structure this season it makes the Ulster Championship even more interesting. When we try and look forward now to who will be crowned Ulster champions come the middle of the summer, it is a very difficult thing to do.

Obviously we here in Donegal would like to believe that we are still up there and we would be extremely hard to beat but when you look around the province and the changes that have been made in terms of new managements etc, then this year‘s championship really could go in any direction.

Last year‘s winners Cavan will have a point to prove that their long-awaited Ulster Championship success was not a one-hit wonder. They had a tremendous season last year with some massive performances but now it’s all about backing that up and trying to cement their place at the top of the tree in Ulster once again.

Donegal will obviously be there or thereabouts but given the tricky preliminary round draw against an up and coming Down side it really is going to be a big ask for them to go to all the way this season, particularly with the knock-on structure that we have this year.

Tyrone, now under the guidance of Feargal Logan and Brian Dooher, will surely be looking to bounce back this season and show once again that they have what it takes to compete at the highest level.

When we look at the forward line with the likes of Darragh Canavan, Cathal McShane, Conor McKenna and Mattie Donnelly there, then they surely have one of the strongest forward units in the country. Still, question marks hang over their defence.

Mickey Harte was criticised for playing defensive football but perhaps it was the case that he was playing with the hand that he was dealt. Can they move towards a more man-to-man approach? Time will tell.

Elsewhere the likes of Monaghan, Down and Derry will be looking to make major strides the season. Those teams have serious management structures in place and I’m sure they will leave no stone unturned when it comes to team preparations.

One team I am really looking forward to seeing this year is Antrim because I believe that they have  put together one of the best young management teams around. Enda McGinley, the former Tyrone powerhouse, is a real thinker of the game and I am excited to see how he goes about setting up his team.

Now that the draws have been made, teams have something to focus on and I can imagine the training will be ramped up from here on in. Obviously with the new league structure coming in, these teams will see a lot of each other over the next few weeks so it will be interesting to see how they set up against each other and how much they will be willing to show the opposition.

I have to admit that after yesterday’s draws, there is a real sense of excitement as we look forward to an action-packed summer of football.

There is no doubt that the Ulster Championship is miles ahead of any of the other provinces so I hope that all of these games will be live on TV as it doesn’t look like there will be any fans involved this summer either.

The only downside to this week is that we must now wait three weeks before seeing these teams in action but let’s hope it’s worth the wait. Let the games begin!