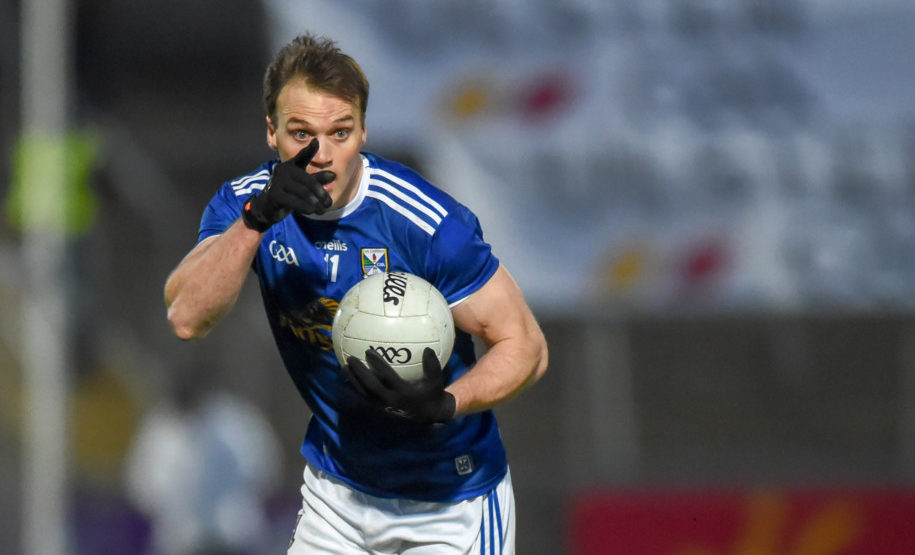 SATURDAY, December 5. I doubt any of us pictured ourselves sitting down to watch an All-Ireland semi-final on this date, and it is even more unlikely that any of the Cavan players thought that they would be playing in one.

A lot has been said and written about Cavan’s achievements over the last number of weeks and they deserve all the credit and praise they get. From watching them back in their first game against Monaghan, I for one didn’t give them much of a chance after witnessing that performance.

They have slowly built momentum with each passing game and now that they have clinched the Ulster title they really are in bonus territory.

You will hear that phrase a lot this week in the lead up to the game but you can be sure that Mickey Graham and his troops don’t see it like that. I have yet to play in a team whose attitude was “ah well we have achieved enough, let’s just see where this takes us.”

Once you reach a certain stage of the competition you truly believe that you are good enough to win the next game. The Cavan camp will naturally play down and suggest that Dublin are raging-hot favourites, which they are. Deep down though, they will have a real belief that they can upset the odds.

Although it was a fantastic achievement and they fully deserved their win over Donegal, if we are being completely honest then their performances to date wouldn’t worry Dublin too much.

Now I’m not questioning their desire, their commitment, their hunger, or their never-say-die attitude but what I am looking at is the real quality within that team. There is no doubt that Mickey Graham has created something special within that group of players and they now fully believe in themselves, but going toe-to-toe with the best team in Ireland is a completely different ballgame.

Against Donegal their blocking, harassing, diving on 50-50 balls got them over the line but against Dublin you will need more than that. Looking closely as an outsider at both squads I just don’t see the physique, power and pace within that Cavan camp that will be needed to compete on Saturday evening.

This Dublin team is a well-oiled machine and they simply do not let up for the full 70-plus minutes. Donegal played like they could for 10 to 15 minutes in that Ulster final and they really pinned Cavan back and I’m just wondering how that Cavan team would react when playing against a team who do that for the full game.

Whatever happens on Saturday night, this has been a fantastic season for Cavan and they have taken a real step forward in terms of their progress.

After their huge underage success I questioned why they couldn’t transfer that onto the senior stage. Now that they have the Ulster title in the bag that will provide confidence within the county and they could compete at this level for a good few years to come.

For me this week is about putting up a good performance so that you can walk off that pitch, look each other in the eye and say we can build even further next year. Obviously Cavan will want to win the game and some of the Cavan faithful may even believe that they will, but when you look at the opposition in the other corner it’s a tall order.

Success for Cavan would be if the game was still competitive with 15 minutes to go. If you can get to that stage then you have made real progress and you can go back to work in January and focus on trying to retain your Ulster title and to continue to dine at the top table.

I wish Cavan all the very best as they are a fantastic county and although it would be great for the game if they could cause an upset whatever way I look at it I just can’t see this happening. Having said all that, I said here many times over the last few weeks that this championship has been a strange one and anything could happen.

In the other semi-final on Sunday we have another team who many wouldn’t have thought could have reached these dizzy heights at the start of the year.

Tipperary took full advantage of how this season fell and they were ready to pounce on any team who fell below the standards required. I said before the Munster final that they would win the game because, having looked at both squads, they are actually a very talented bunch. When I coupled that with how poorly Kerry played against Cork then I just felt it was there for a Tipp win.

Credit to them, like Cavan they took their opportunity and now they are also in bonus territory. Most people will expect Mayo to win but this game will be a lot tighter to call.

Tipp won’t fear Mayo and they will see this as the perfect opportunity to get to an All-Ireland final. I watched Mayo a few times since the lockdown ended and to me they look like a team who is suited to this time of year.

They are dogged, they will hang in there and they also possess quality throughout the field that can hurt you. When you piece all of those things together then I just think that they become very difficult to beat, especially at this time of the year.

They see themselves as the only team that can go toe-to-toe and man-to- man with Dublin and they will relish the opportunity to try that again, although if I’m honest I think Dublin have moved forward even more since they last met.

Prediction time and although the first game on Saturday evening is probably easier to call I hope Cavan can hang in there and make a game of it but I expect Dublin to pull away in the end. On Sunday I actually think Mayo will do a job on Tipperary and march their way into another meeting with Dublin. Mayo by five points.