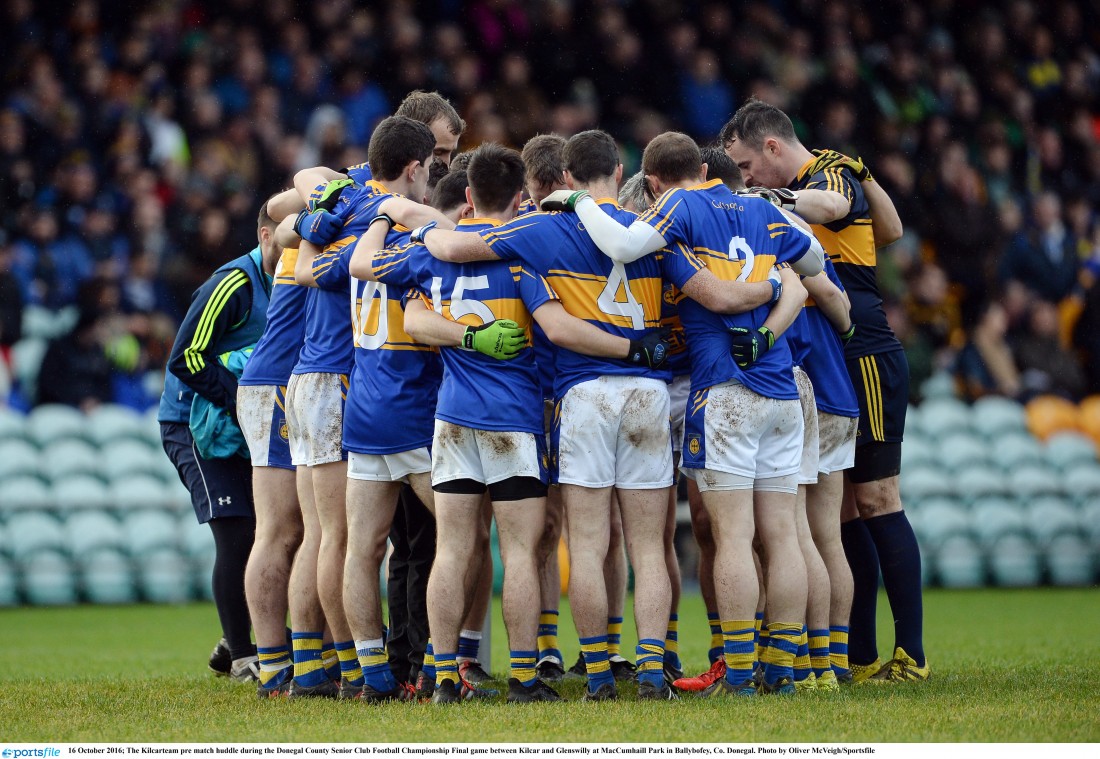 THIS week we should be looking forward to the biggest game in the club calendar season here in Donegal but, in truth, it’s quite the opposite.

As I sit down to start this week’s article, we are still unsure if the game will go ahead at all (more on this later). We knew when we started the season that things would be different this year, but no matter how different things are the very least that we all expect is fair play and transparency.

Before I get into who I believe to be at fault in taking us to where we are at in regards to the uncertainty around this week’s final, let me just say that at all times the health and well-being of the players should always be paramount.

Long story short, news broke this week of a Kilcar player testing positive for Covid. I will, of course, not name names but it’s fair to say that he would have been a massive loss had the final gone ahead this weekend as planned.

From the start of this season we all accepted that this could become a possibility and that we were all happy with whatever protocols were in place should a player test positive etc, and I have absolutely no problem with that.

I do, however, have a problem with the club in question being punished when the player contracted the virus attending a get-together that he was not supposed to be at.

The Donegal senior team returned to training last week for their first official get-together since lockdown and any players on a team still in the championship were to remain with their clubs.

When testing was carried out, news broke that a player on the panel had tested positive for Covid. As soon as that story broke my mind switched to the county final as I knew without even enquiring that players from both the Kilcar and Naomh Conaill squads would have been summoned to that get-together. The official guidelines were to finish out the club season first before joining up with county panels but the chances of that being adhered to were always going to be slim.

As a result of attending that get-together, the Kilcar player has now tested positive and their preparations for the final have been thrown into chaos because if they follow the guidelines they will all have to self-isolate, which means that training is a no-go zone for them so how on earth were they supposed to prepare for a final this weekend?

I understand that these things can happen, especially given the times that we are in, but my problem here is that the county team should have never asked these lads to attend that session.

It’s just typical of county teams that they think they can trample on anything and anyone they want, well I’m afraid this time it has come back to bite them on the ass.

As a result of their reckless behaviour, they have thrown this year’s championship into chaos, a championship that every team in this county worked so hard to make happen and now we find ourselves in this situation.

This week should be about the match-ups and the tactical battle and the discussion around who will win etc, but we are now left with a circus.

As I write this a text message has just been sent to my phone confirming that the county final is now off until October 7 to give teams a fair chance of getting their camps in order.

That is without doubt the correct call because It would not have been fair to make Kilcar play without one of their main players nor would it be fair to put Naomh Conaill in a situation where they have to play against a team who may possibly have more live cases in their squad.

I will tell you one thing, if we were in the final and our season was on the brink of being torn apart because some of our lads were made attend a get-together that they should not have been at then I would be absolutely livid.

We are all aware of the trouble that we are in at the minute with cases getting out of hand and we are probably facing into another lockdown. If that happens then the 2020 final will not be played and then we will have a problem.

If those players in question were left with their clubs then chances are we would have had our county final this weekend before things got out of hand. If this lockdown comes, the demands from the county team have effectively written off the club championship here and that is just wrong.

The people who will suffer most this week are both sets of players as this week should be a special week for them, both parishes should be buzzing with all the build-up and talk but instead it has been replaced with uncertainty and anger.

We have two fantastic teams in the final and it’s a real shame that we have let this season’s championship end like this, but let’s hope that this virus will settle a bit in this county and we get to play the game in two weeks’ time. If we don’t, it will leave a bitter taste in a lot of people’s mouths.