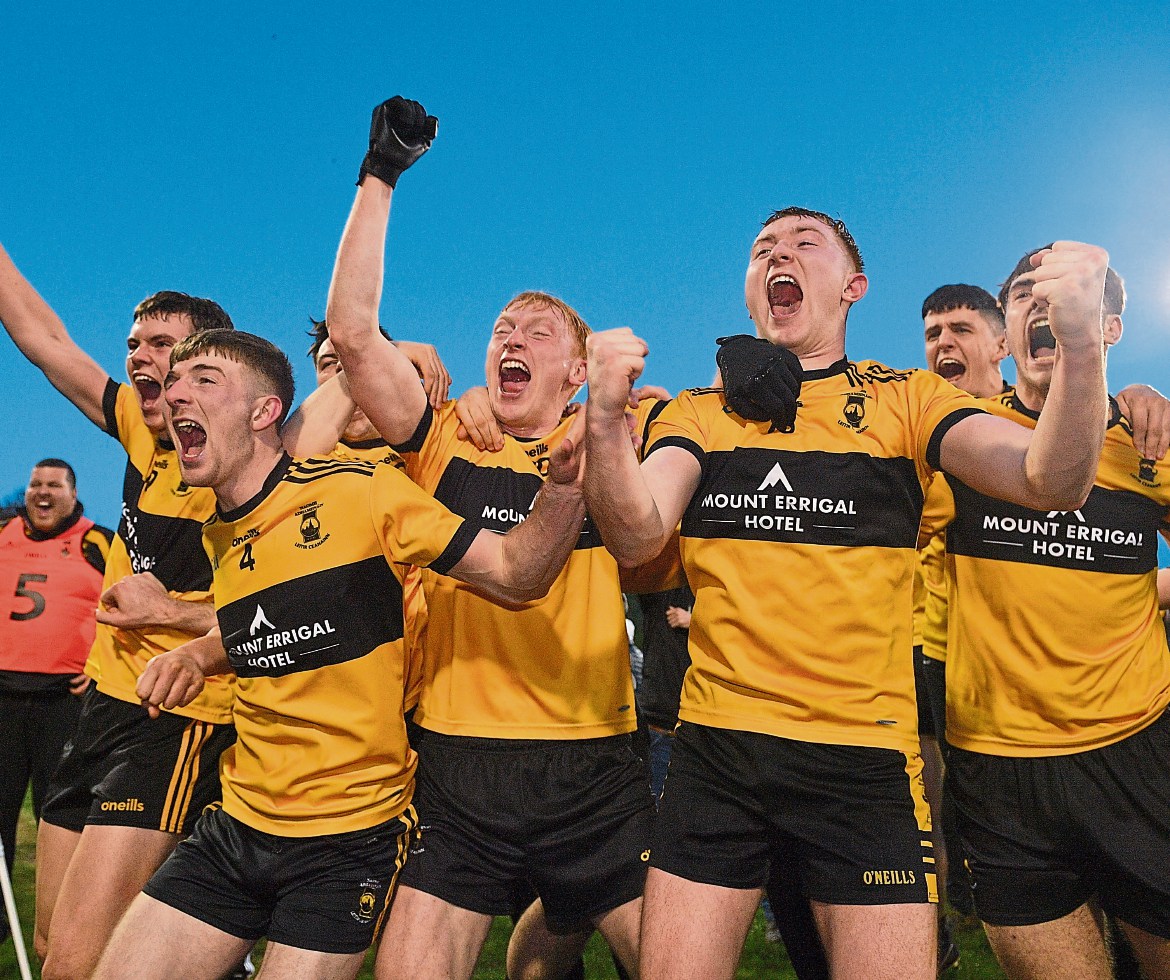 POSITIVE… St Eunan’s may have lost to Glen, but they can be positive about their season

TO SAY that last Sunday’s Ulster club championship opener failed to live up to expectations would be an understatement.

Going in to the game we all thought that it would be a cracking contest but in truth it was one of the most lacklustre games I have seen this year.

I know as we sit here today Glen don’t give a damn what type of game it was now that they are through to the quarter-finals but for the rest of us looking on, we were disappointed with what was on show.

St Eunan’s set up defensively and when you look at the game I suppose they kept things tight and limited the Glen attack but at the end of the day this still lost the game. So I’m not sure if this was the correct approach.

We have an issue here in Donegal in terms of club football where all the teams seem to think that you have to set up ultra defensive in order to get places but the reality is we all must move forward and change tack because the rest of Ulster it’s moving ahead without us.

I firmly believe that there is as much quality in that St Eunan’s team as there was on the Glen team so perhaps with 10 or 15 minutes to go they could have thrown off the shackles and went for it.

However, if you are in that camp or talking to any of the players they will be of the opinion that this was the correct approach because they nearly got the job done and I suppose in hindsight it’s easy for the rest of us to say otherwise but the long and short of it is that the Derry club champions move forward and the Donegal club champions are out of competition.

Before I move on to discuss other matters, it’s only fair to comment on the wonderful year St Eunan’s has had on the field to progress in Ulster. They will still see the season as a very successful one having captured both the senior hurling and senior football club titles so fairplay to all involved.

From a Glen point of view I have to admit that I was disappointed with their display. Yes they were faced with a 15 man blanket defence but they still failed to carve our any reasonable goalscoring opportunities and at times seemed to lack creativity.

Like I said earlier what I think or anybody else thanks won’t matter very much to Glen this week as they have done the businesses and are now looking forward to the next game against Scotstown but there is no doubt that they will have to be much better than what they were last Sunday.

From Glen’s point of view the loss of Emmett Bradley was massive particularly last Sunday. The way that St Eunan’s set up, Emmett would have probably kicked two or three long-range scores and therefore St Eunan’s may have had to push out so his loss was massive last weekend.

They will be hoping that he makes a swift return to action. As discussed last week that was Glen’s first venture at senior level in the Ulster club so I suppose there would have been some nerves around the dressing room last Sunday. But from now on those nerves will have to desist because if they play like they did last Sunday against Scotstown that will be the end of the road for them.

Scotstown are one of the teams in Ulster that are in this competition year after year and you can be sure that their thinking is that they need to land a title before some of the players move on.

I will go into a little more detail on this game next week and perhaps look at the areas where both teams could hurt each other.

I touched on the Ulster club action we witnessed last weekend and how disappointed I was with the type of football on display but straight after that game I watched the Dublin senior football final and that was nearly worse.

In that game it took 22 minutes of play before a single score was registered with both teams playing ultra defensive football and the ball just seemed to go over and back across the pitch all day with neither team trying to penetrate the opposition.

I fully understand that the stakes are high in that sort of game, no team wants to lose but at the minute all teams are setting out just to compete as opposed to trying to win the game which makes for very dull viewing for the rest of us watching on.