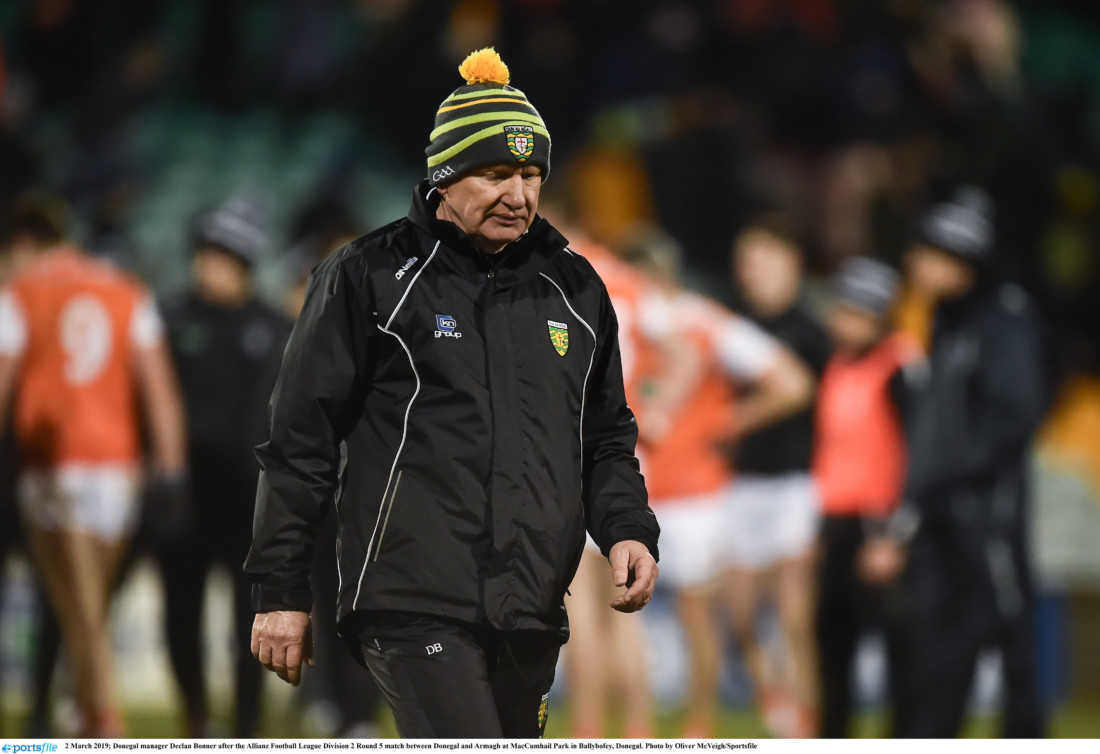 I SAID it before and I’ll say it again, this championship is going to be the craziest one we have witnessed in a long time.

We all tuned in last weekend knowing that Cork had the ability to put it up to Kerry but it’s safe to say that we all thought – or most of us anyway – that Kerry would have too much for them in the end.

As the game wore on and the weather worsened, you could just see something crazy happening. Credit to Cork they hung in there but there is no doubt in my mind had that game been played mid-summer on a dry pitch then Kerry probably would have won by five points or more.

Looking at the game Kerry will be extremely disappointed with their amount of unforced errors. Time after time the ball skidded off the surface as they tried to play the ball forward.

Naturally after last year’s campaign and this year’s National League, a lot of people tipped Kerry as the team that could finally topple the Dubs, but here we are one game into the 2020 All-Ireland Championship and they are gone.

This result blows the championship wide open. The Dubs are still favourites but the likes of Galway and Mayo must be sitting there thinking that winning this year’s All-Ireland just became a whole lot easier.

It’s semi-final time here in Ulster as the final four battle it out to make it through to next weekend’s decider.

Donegal face off against Kieran McGeeney’s Armagh in the early throw-in on Saturday. Naturally after Donegal’s win against Tyrone, Declan’s Bonner’s men are clear favourites not only to make the final but to win Ulster outright.

I mentioned here after the quarter-finals that the intensity in the Donegal and Tyrone game was far superior to that in the Derry and Armagh clash. The big question, and the obvious one, is can Armagh get up to that level and match that intensity? If they can then they have enough quality players to cause Donegal trouble but for them this week it will be about matching Donegal’s work rate.

This is an important game for Donegal because if they make it through this weekend then that possible winner-takes-all clash with Dublin edges closer.

Against Tyrone, Donegal won the kick-out battle and that gave them the platform to build so the big question for me is how will Armagh operate their kick-outs?

If they opt to go long then they must compete hard for the second ball because obviously with Donegal’s physical power in that area they hold the upper hand. If Armagh can’t get some short kicks away I feel that they could be in real trouble. Armagh might feel that they have the big men to compete with the likes of young Rian O’Neill, Rory Grugan and Jarly Og Burns out there, so this will be interesting.

It’s not giving great weather this Saturday either so like last weekend’s game this will definitely have a big impact on the scoring ability of both teams. However, I feel Donegal are better equipped to deal with that scenario.

This game might not be a great spectacle given the fact that Armagh will more than likely set up very defensively, but neither team will care too much about that should they get the win.

The second semi-final looks to be a little closer on paper. Cavan have had two good wins this year so far, so confidence levels should be building nicely.

Down will test them this weekend that’s for sure and it remains to be seen whether or not they have made any inroads to where they were last year when suffering an easy defeat to Donegal in the decider.

The talk this week in the Cavan camp will be all about a getting to another final and then judging themselves on that should they get there. Again I’ll go back to the time of year and underfoot conditions, and this time of year suits a dogged team like Cavan who have the heart of a lion so that could well play in their favour.

Down would have been happy with last week’s result and one thing you are guaranteed with any team coached by Paddy Tally is that they will be superly organised.

They have some serious ball players that can do you serious damage if they are given the space and time to do so. The Johnstons were extremely impressive last weekend and these lads are again well used to playing football well into the winter months with Kilcoo so this is second nature to them.

It’s a massive opportunity for both of these teams and they will have gained belief from the Cork and Kerry game that anything can happen if you hang in there, so for both teams it’s all about getting to that Ulster decider this year.

Head on the line I’ll go for a Donegal and Down final but like I said at the beginning, anything – and I mean anything – is possible this year!