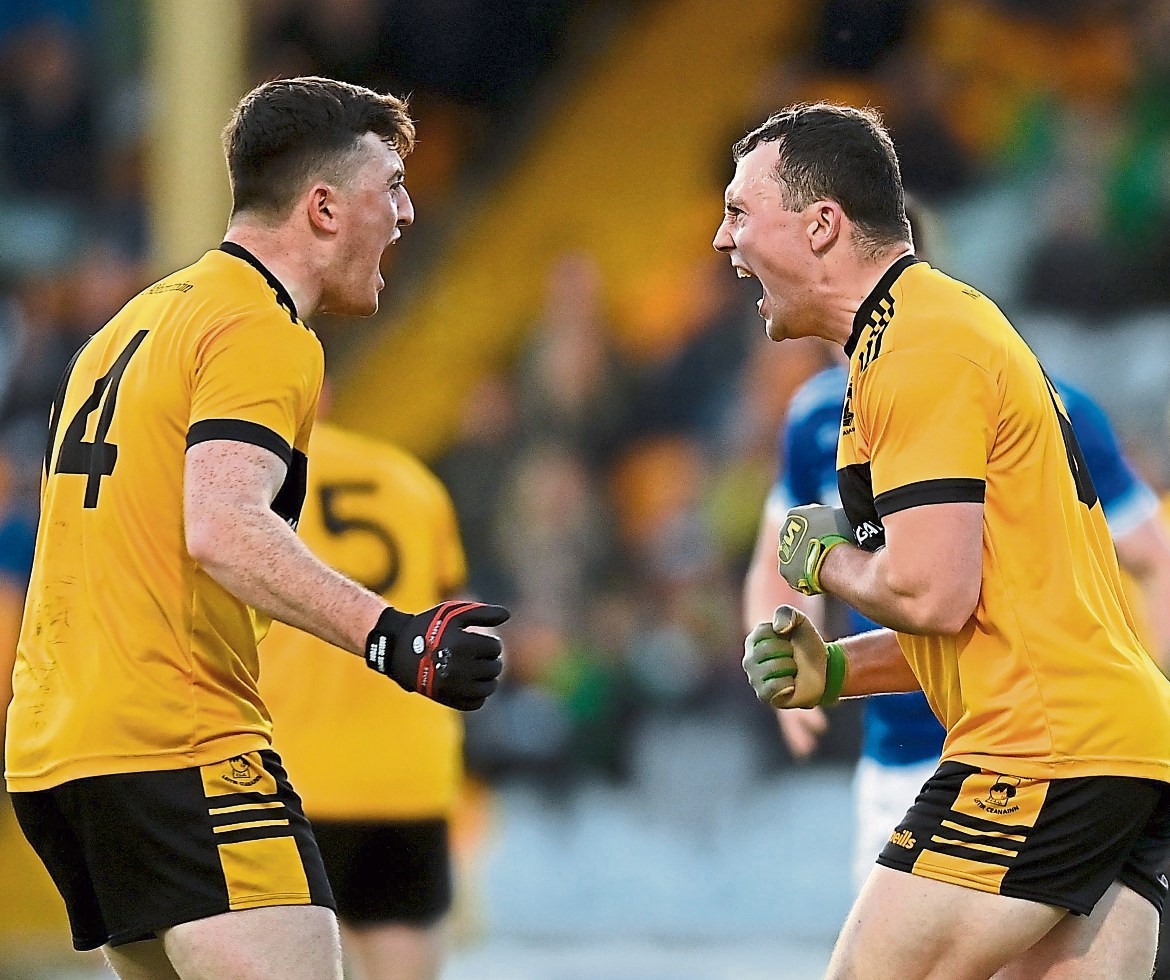 THIS weekend the Ulster Club championship gets underway and it starts on our own doorstep here in Letterkenny when Glen lock horns with the Donegal champions St Eunan’s.

I’ve gone on record here on many occasions to highlight how much I think of this competition and I cannot wait until it gets underway this week.

I noted here last week just how tough the draw has been to St Eunan’s and Glen because even after this titanic battle on Sunday whoever wins will have to manoeuvre their way through an absolute minefield in order to reach the decider.

Both teams are full of enthusiasm heading into this week’s clash because for Glen it will be the first time competing in this competition at senior level and for St Eunan’s they have had a long spell on the outside looking in. So I’m sure both camps will be raring to go this weekend.

If we take a look at the Watty Grahams club first, then I suppose it can be said that we have been waiting to see this club play at this stage for a number of years now given their unprecedented underage success over the last number of years.

There is no doubt that Glen have been the up-and-coming team for the best part of six or seven years haven won three Ulster Club U-21 titles in a row so it was inevitable that we would see them finally lift their first Derry championship sooner rather than later.

This year, with the appointment of Malachy O Rourke and Ryan Porter as trainer, it was clear that they meant business and they saw this as their time to finally make the breakthrough. All credit to them they backed their players and gave them the resources needed in order to reach the holy grail.

Now that that first senior title is in the bag I have no doubt that Malachy and Ryan’s attentions are now firmly fixed on the Ulster club campaign. When you look through their team I really believe that they have one of the strongest middle eight sectors about, and with the likes of Conor Glass and Emmet Bradley in there directing things this has often been there launching pad for their success.

On Sunday St Eunan’s will have to be ultra competitive in this area if they are to stand a chance because Glen possess some serious running power and physicality in that area.

From a St Eunan’s point of view I think that you can say that they will be happy with this year’s success having landed their first Donegal senior championship in a number of years so you could say that they are in bonus territory from here on in.

Having the game played at their home ground in O’Donnell Park will be a massive boost to the Letterkenny men. They will hope that home advantage will be worth three or four points to them over the course of the afternoon.

Like always St Eunan’s will rely heavily on Donegal senior player Niall O’Donnell to carry the fight on the scoreboard. But in order for St Eunan’s to win they are going to need the likes of Eoin McGeehin and Niall’s brother Shane to chip in heavily on the day.

Malachy and Ryan will have their homework done and they will have a man marker assigned to try and take Niall out of the game or at least negate his influence so for St Eunan’s this weekend is all about whether or not three or four other players can step up to the plate.

St Eunan’s will play a defensive brand of football but having played against Glen in friendly last year they are well capable of playing against this sort of system.

So St Eunan’s may have to bring something new to the table if they are to surprise the Derry champion’s.

Who do I think will win?

I have had my eye on this young Glen team for a number of years now. After the appointment of Malachy O’Rourke and Ryan Porter I knew that come the depths of winter they wouldn’t be too far away in terms of Ulster club football.

St Eunan’s will need all of their players to play at their very best to get the win but I just feel that the middle eight that I spoke about on this Glen team will lay the foundations for a Glen win so foe that reason I’ll go for Glen by three.

CHALLENGE…Conor O’Donnell Snr, right, celebrates with St Eunan’s teammate Niall O’Donnell after kicking a point during the Donegal County Senior Club Football Championship Final. Niall O’Donnell is a key player for St Eunan’s but he needs support if Eunan’s are to beat Glen this weekend