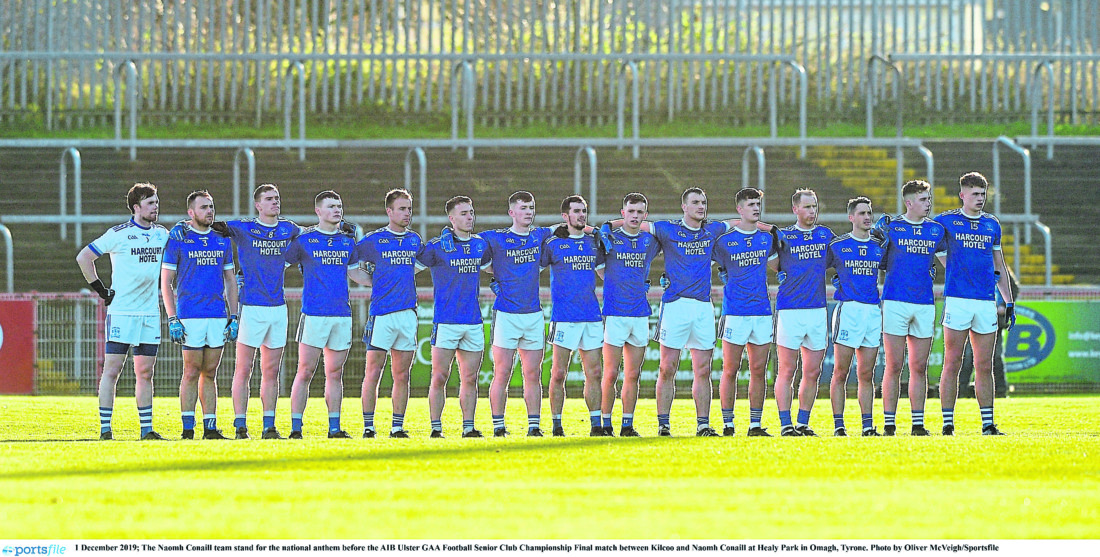 IT’S county final weekend here in Donegal and in the senior decider we have Glenties and St Eunan’s ready to face off.

Glenties will go into the game as hot favourites based on their form and their route to the final. There has been a lot of talk in Donegal over the last number of years about the top four, Glenties, St Eunan’s, Gaoth Doobhair and Kilcar. Glenties have overcome both ourselves and Kilcar so their favourites tag is justified.

We met them at the quarter-final stage and although we would have been disappointed with own performance, Glenties turned in a superb display that day. They were seriously organised and clinical in their attack running out convincing winners

Likewise against Kilcar they were extremely economical and they ground Kilcar down on their way to reaching another county final. Their game plan is simple but very effective and they do not deviate from the plan, sticking to it at all costs.

When you look at their games and the way they play, all of the scores either come from their own kickouts or from turnovers. They have no real kick out plan as such with everything just bombed out the middle but they are so effective under the break. They all know that the ball is going to the centre of the pitch most of the time, allowing four or five of their players to rush in for the breaks.

Turnovers is another massive area where a lot of their scores come from so I’m sure St Eunan’s will have drilled it into their players all week to keep the ball out of contact at all times. They are beginning to dominate here in Donegal and if they were to add another title this weekend it would be a massive achievement for their club. If I’m totally honest it would be well deserved given the levels of consistency of the last number of years.

St Eunan’s came through on the other side of the draw so it could be argued that they had an easier path to the final. Nonetheless they dispatched all of their opponents with ease. They have been building nicely over the last number of years and they have a good crop of young players coming through so for them it will be all about trying to make the breakthrough this weekend and landing their first county title in quite some time.

Glenties’ weakness is in their full backline and St Eunan’s are the one team who may be able to exploit that. St Eunan’s have the likes of Niall O Donnell in their forward line so they possess that threat inside.

St Eunan’s themselves are very well organised andalso play a defensive brand of football so the game could be quite cagey for some time. It may come down to how clinical both sets of forwards are and who can make the most of the opportunities when they have the ball.

Glenties are well used to the big stage and if the game is tight heading into the last 10 or 15 minutes then you would have to fancy their chances. For me if St Eunan’s are to cause an upset they will have to get a really good start. They need to get some points on the board early on to try and draw this Glenties team out the field. St Eunan’s have the youth and the legs but Glenties have the experience and guile so for that reason I’ll go for Glenties by three!

This week also sees the start of the new Underdogs series on TG4 this Thursday at 9:30 pm. Once again I will be one of the selectors along with Mickey Ned O Sullivan and Michelle Ryan from Waterford. This year it is the turn of the ladies and I really enjoyed the experience this year I have learnt an awful lot about the ladies game.

This is my first time being involved with a ladies team and if I’m brutally honest it opened my eyes. I was blown away with the skill levels of some of these ladies and having played against other teams in challenge matches etc over the last few months I cannot get over the quality and pace of the ladies game.

The show itself should make for an interesting viewing with a lot of interesting characters involved, which allowed us to touch on a lot of the topics that we are faced with in today’s society. We play the all Ireland champions Meath on the 11th of December so we have been building for them over the last number of months and from this Thursday you will get to share our experiences and witnesses the journey that these girls have been on. I hope you enjoy it as much as I have.