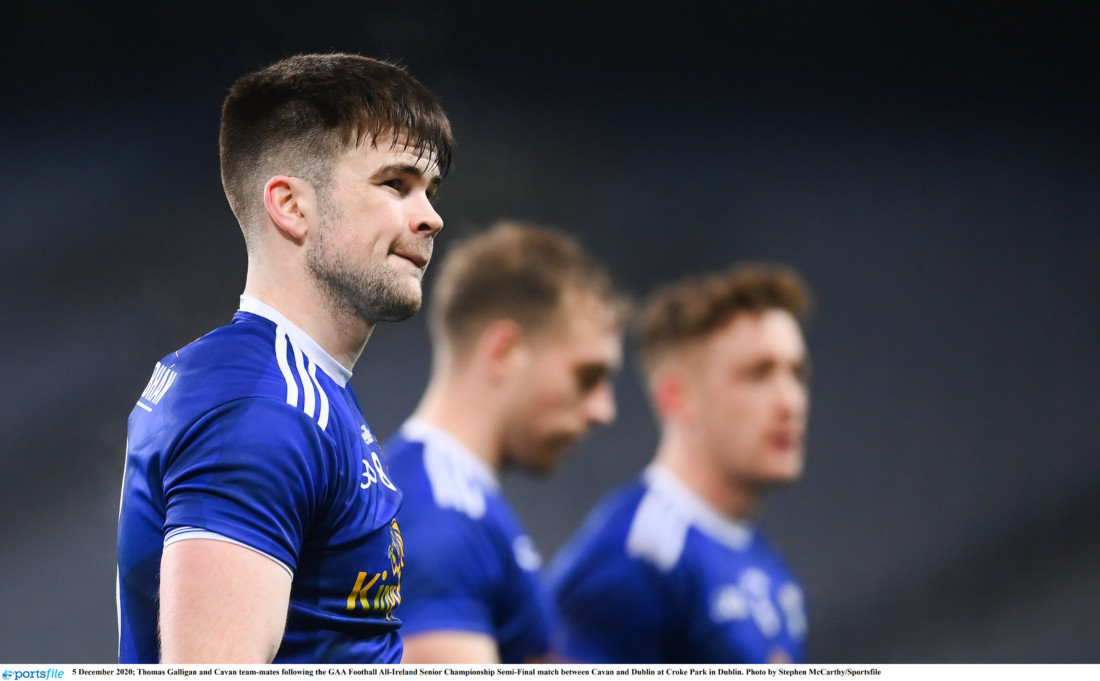 IT’S those old familiar foes Mayo and Dublin who will contest this year’s All-Ireland final and on the basis of what we have seen over the last number of weeks, there is no doubt that they are the best two teams this year.

Last weekend’s semi-finals failed to produce a shock that many thought might happen. It was always going to be a tough ask for Cavan to derail this Dublin juggernaut and that’s exactly how it played out.

Dublin are simply in a league of their own at the minute and it’s unfortunate that after waiting so long for the Ulster title, Cavan had to cross paths with this formidable Dublin machine.

If you look at the scoreline yes it would suggest that it was a bit of a hammering, but in fairness to Cavan they hung in there and kept at it until the very end.

Their tactics, commitment or desire cannot be questioned as it’s just so hard to stop this Dublin machine at the minute. Dublin do not have just  one, two or three marquee players on any given day. Any of the first 15 or indeed first 20 can be a match-winner.

For a team like Cavan such a swathe of players can be extremely difficult to handle. Take the last game against Donegal and Cavan would have probably have to focus on three maybe four players maximum, so when you were sitting down to do your match-ups you would be quite confident that you would have that number of man-markers within your squad who you trust to do the job.

Fast-forward to last weekend’s semi-final and when Mickey Graham sat down to do his match-ups you can be sure that there was at least 10 players he had to spend time and energy on.

Imagine you are the Cavan corner-back and you have battled reasonably well for 45, 50 minutes and then in the corner of your eye you see someone like Paul Mannion warming up. No matter who you are or how good you are you simply can’t cope with that sort of relentlessness.

When Cavan sit back this week they will realise that they have taken a massive step this year. Winning your first Ulster title in a long time can be a massive confidence-booster and that’s the path Cavan must go down.

When the new season swings around in a few weeks’ time, this group of Cavan players must take the decision to ensure that they at least reach another Ulster final this year. Yes it’s great to win one but if you don’t back it up you are soon forgotten about and overtaken.

The Cavan management and players truly deserve a couple of weeks of downtime but I’m sure it won’t be long before their eye turns towards 2021. For now all we can to do is congratulate them on a fantastic season.

The second semi-final was supposed to be a lot tighter but in actual fact this was a complete walkover from around the 10th minute mark as Mayo simply blew Tipperary away.

Tipp made a lot of unforced errors but you can only applaud how ruthlessly Mayo made them pay. The romantics in us would have loved an upset so we could watch Cavan or Tipperary make it through to the decider, but I think we will all agree when we say that the final will be a real humdinger with these two in it.

These two teams know each other so well and the biggest compliment we can pay Mayo is that they are probably the only team in the country who do not fear Dublin and will back their players to go man-to-man.

I think we are in for a real classic of a final and, who knows, Mayo might finally get over that hurdle.

At the very beginning of this winter championship I tipped Mayo to be there at the very end due to the fact that this time of year seems to suit the way they play. Obviously winning Sam Maguire in an empty Croke Park Stadium on the December 19 is probably not the way Mayo would have wanted to break their hoodoo but nonetheless they would gladly take it.

Next week we will look at the possible match-ups and changes within both teams over the last number of years and try to identify whether Mayo have closed the gap or have Dublin lengthened it even further.

For now all we can do is thank each and every player from every county for giving us such a wonderful championship given the circumstances.

It was absolutely fantastic to have that amount of live sport on our screens at a time when people’s morale was on the floor.

Our players did like they always do and just kept their heads down and did what was asked of them and each and every one of them are a credit to their county and our Association.