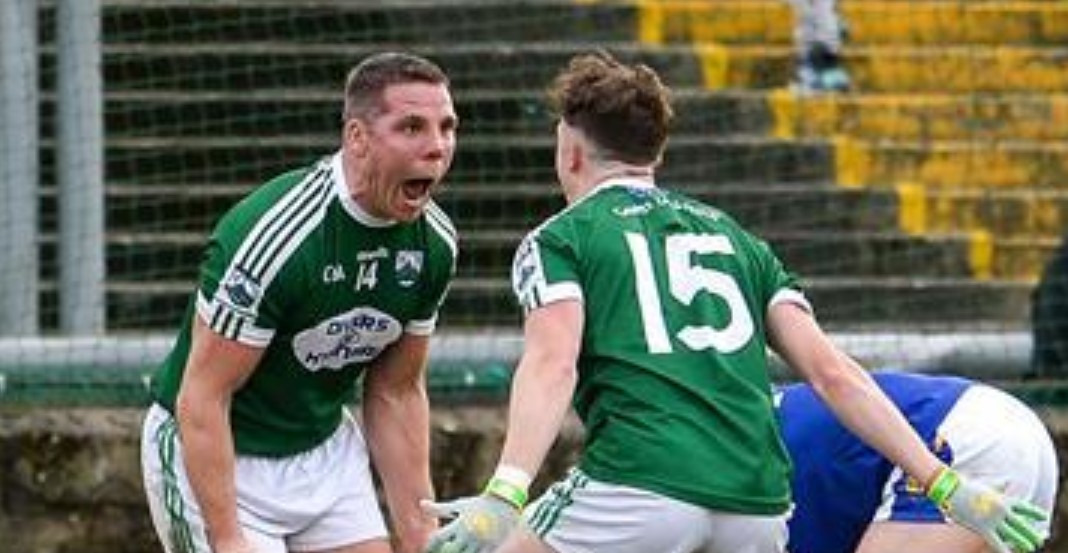 TONIGHT my story will be told on TG4 in the first episode of the new series of Laochra Gael.

I have watched the show for a number of years and I really enjoyed getting an insight into the lives of those players that have graced our pitches.

We all see the players and we know them, or at least we think we know them, but behind every player is a human being and this program gives us a glimpse of what those players are actually like away from the football pitch.

When I was asked to do it I agreed as I have enjoyed a number of these programs down through the years and it will always be nice to have it to look back on.

Some players can remember every game they played in, they can tell you team sheets, who scored and who won but I was never like that so doing this program allowed me to cast my mind back over my playing career and I have to admit I really enjoyed it.

When doing the show, it was important to give the whole story and not just focus on one or two bits. It was a real trip down memory lane and if I’m honest it was a bit of an emotional rollercoaster.

Obviously the fallout from the book ‘This is our Year’ will always be spoken about but, in reality, so much more has happened before, during and after those events.

For anyone who has played sport at a relatively high level for a number of years, they will tell you that once it’s all over and you get the opportunity to look back, your opinion or your views may change on certain things.

When looking over my whole career I have noticed that there are some things that I would possibly change and it was great to get the opportunity to reminisce and identify those points that I would perhaps alter.

Some seasons I was too far in, for example in 2005 when I became overly obsessive about my preparation, diet and fitness regime. For the whole year I only ate carbs and drank water, nothing else.

I actually took the pledge and abstained from alcohol for a full year. I trained twice a day and I had a picture of the Armagh team in my wallet as in my head we had to topple them if we were to reach the Holy Grail.

I totally lost myself in my preparation and long story short I lasted about 10 minutes in our championship game against Armagh before being sent off. It was a case of putting too much pressure on myself to succeed and something had to give. Looking back now, I would change things like that but hindsight is a great thing isn’t it?

The show took about seven or eight months to complete and obviously this year with the lockdown it made things a little bit more complicated, but in the end we got there and I hope you enjoy the story.

I haven’t seen the finished article myself and I’m looking forward to how it all comes together. Most of you will be familiar with the show and its format, but for any of you who may not have seen the show before basically it takes you from the moment you were born right the way up to this point in time in both your personal and sporting life.

I, like most people, have had my challenges through life and it was also important for me to speak honestly about these things when doing the show.

I have always been open and honest about my own personal life and my sporting life and the show is no different. Any areas we touched on we spoke honestly about them and although some moments were difficult, it was a hugely enjoyable experience.

I personally have always been intrigued and interested in how sports people are away from the pitch. Obviously to succeed in any sport you have to be a certain type of character when competing but away from that and away from all the training and games it interests me as to what people are really like.

In the GAA world, be it players or supporters, we are all similar in that we share the same passion and love and interests but away from the game we are all so different and that’s the part that interests me most.

Like a said, I haven’t seen the programme myself yet and like most others I will just sit down tonight and watch it with the family.

I thoroughly enjoyed the experience and hopefully it will result in a worthwhile watch for anyone who is interested. Laochra Gael will air on TG4 tonight at 9.30pm.