Advertisement
HomeColumnistsKevin CassidyKEVIN CASSIDY: The one worth waiting for
Advertisement 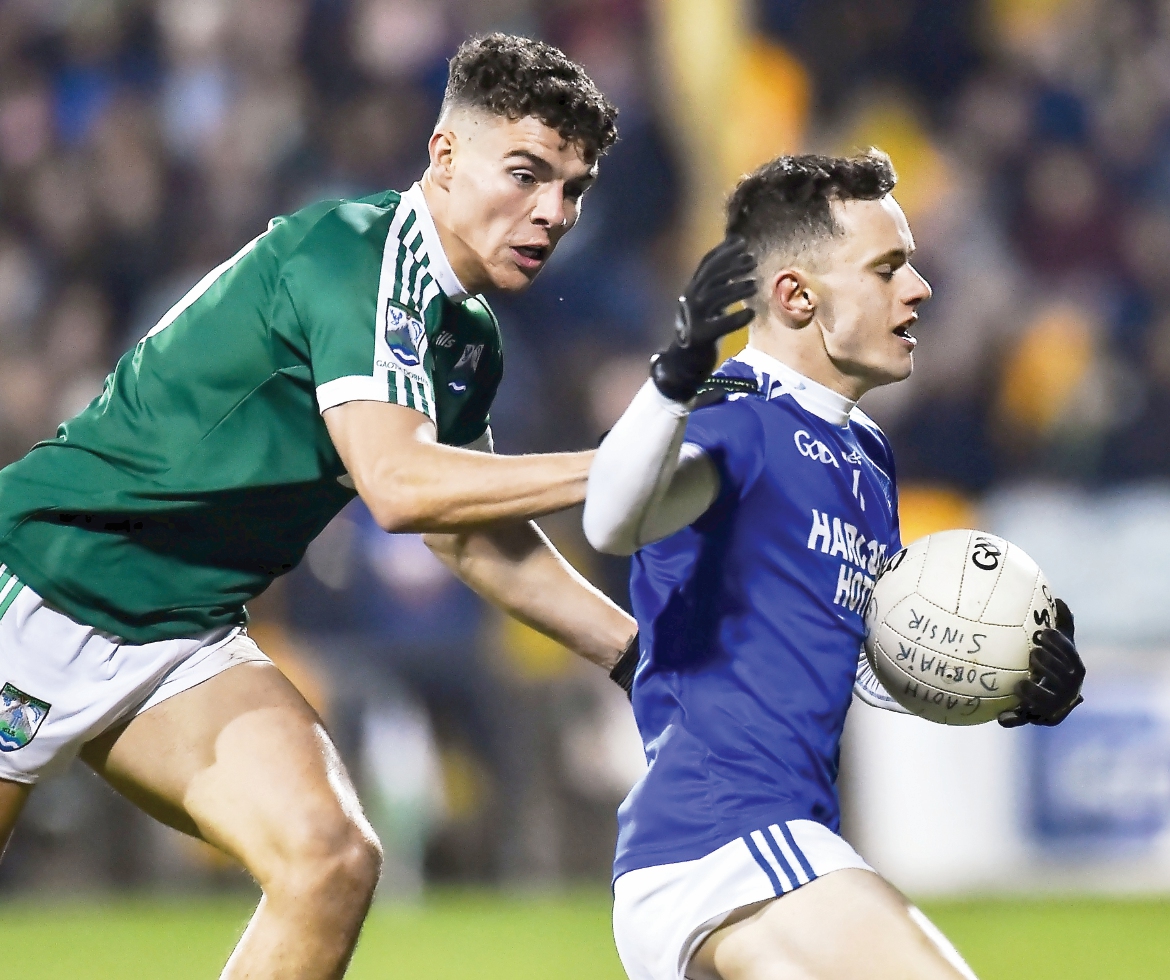 SHOWDOWN...Naomh Conaill and Gaoth Dobhair are set to meet in a huge championship showdown

HERE in the Donegal senior football championship for 2021 we are into the business end of things with the quarter-final games taking place this weekend.

All year, no matter what camp your are in, the aim would be to get the quarter-final stages and then take it game-by-game after that.

When you look at the eight teams who made it through to the quarter-finals stages I don’t think there are any real surprises bar the fact that Aodh Ruadh BallyShannon have made the last eight for the first time a number of years.

This comes as no major surprise to myself as at the start of the year I tipped them to make major inroads this year and that’s exactly how things have panned out.

Growing up Aodh Ruadh were always up at the top table in terms of Donegal club football and it’s great to see them back competing again because I have always enjoyed playing against them and watching them. There are some very decent people involved with the club.

When the draw was made there is no doubt what game the whole county was talking about and I’m sure all GAA people in Donegal are looking forward to it.

The clash that I am talking about is of course the meeting of my own club Gaoth Dobhair and Glenties.

People will remember our epic three-game County final in 2019 and that’s the last time these two clubs have clashed. Those three games were seriously absorbing for both the players and management teams involved and also the spectators watching so let’s hope for something similar this weekend.

Glenties are theform team in the county, going on to contest the 2020 final the following year after those three games in 2019. Now again they’re looking to make it through to yet another final.

From our own point of view we failed to hit the ground running last year and Kilcar deservedly beat us in the semi-final, so our aim is to try and put on a better performance this time around.

The game is fixed for 5:15 pm on Sunday in Ballybofey and once the lights come on it should create a fantastic atmosphere and this is one I’m sure both teams are really looking forward to playing in.

lsewhere St Eunan’s clash with St Nauls in their quarter-final and although St Nauls have made good imroads over the last two seasons you would expect that St Eunan’s will have too much firepower for them.

One of the other favourites for the competition, Kilcar play MacCumhaill’s and much like St Eunan’s you would think that Kilcar should have too much know-how and ability for their young opposition.I expect Kilcar to run out comfortable winners in the end.

Earlier I spoke about Aodh Ruadh Bally Shannon and they have a real humdinger with St Michaels who on their day can put it up to any team in Donegal. This should be a really really competitive game.

Both of these teams will see this draw as a really good opportunity to make it through to a county semi-final so perhaps, other than our own game, this could well be the game of the weekend in terms of how competitive and how close the game will be be.

We played St Michael’s in the group stages and they did cause us some bother at times during that game so I know what they are capable of producing. Likewise Aodh Rua caused Glenties serious trouble in their group game so both of these teams will be high in confidence.

Elsewhere at the minute the Tyrone senior football championship is the talk of the country and when you think of the competitive nature of that particular championship it’s just crazy.

I read somewhere that there hasn’t been a back to back winner of the Tyrone senior football championship for 16 or 17 years so that just tells you how fiercely competitive this competition is.

I made a comparison last week about the knockout nature of the Tyrone senior football championship with the round robin group stages that we have here and I suppose looking at Tyrone there’s a lot to be said for the knockout championship.

The competitive nature of the games and the high-scoring clashes that we see only add to the argument that perhaps a once-off game with no safety net makes for more compelling viewing.

We will of course be busy this weekend preparing for our own game but I will try and catch as much action as I can over the weekend because, like I’ve said on numerous occasions, this is the best time of the year in terms of football viewing and just the whole nature of the club championship in general.