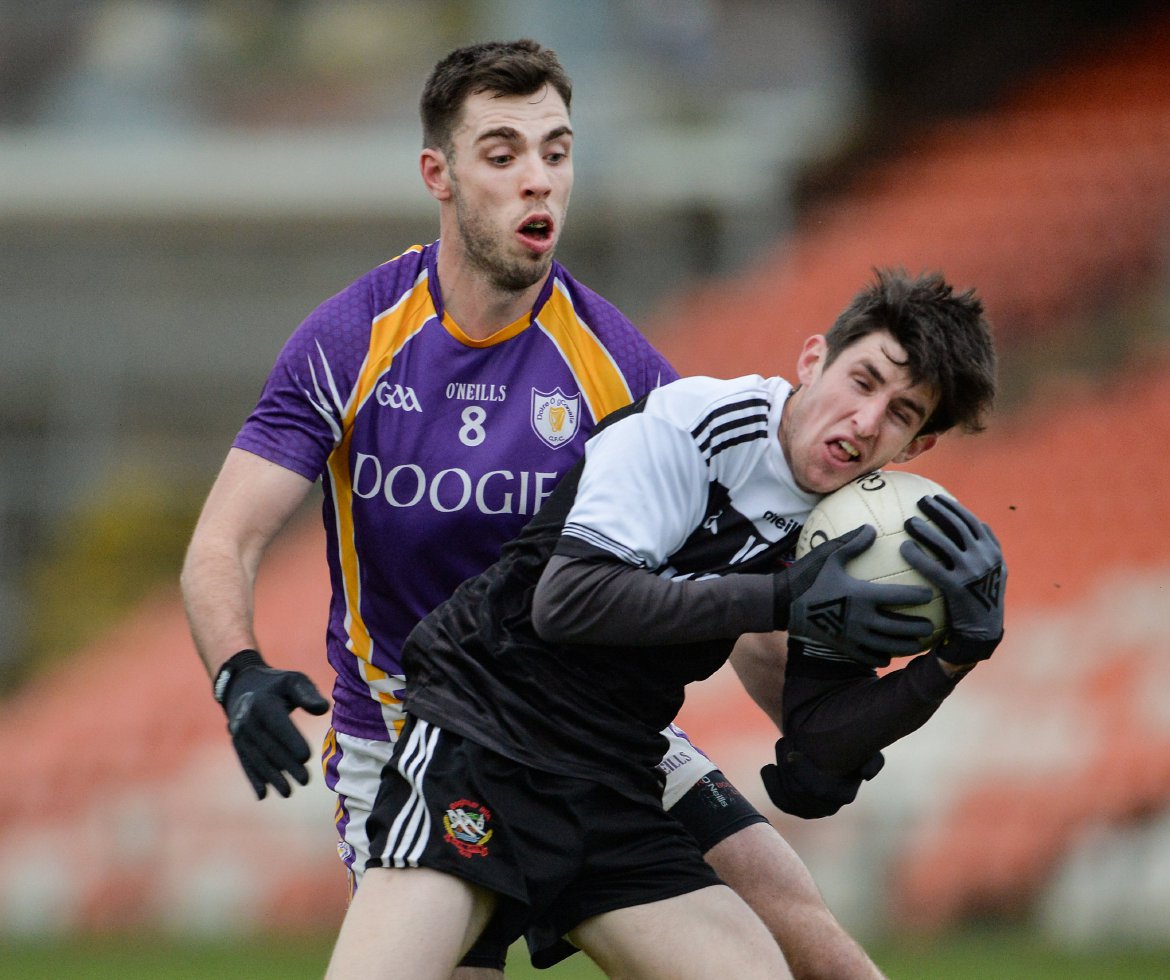 THIS weekend marks the biggest day on the club football calendar here in Ulster as Kilcoo and Derrygonnelly face off for the right to become Ulster Senior Football Club champions.

Having played in this fixture a number of years back with Gaoth Dobhair, I am fully aware of just how much of a special occasion this game is and these two teams should count themselves extremely lucky to be part of such a massive occasion.

Kilcoo have been here before so they will have that final day experience behind them but like I said on numerous occasions, Derrygonnelly have a lot of experience in this competition over the last number of years so this final shouldn’t faze them in the slightest.

This weekend’s game is obviously massive for both clubs as they try to become kingpins of Ulster but for me there is a lot more at stake.

Having watched the rest of the club football championships from around the provinces, I firmly believe that whoever is successful this weekend in becoming Ulster champions will then have a massive opportunity to win the competition outright.

Some people reading this may be of the opinion that you take things one game at a time and I’m sure that’s how both camps will approach this weekend, but you would be silly to think that they haven’t looked ahead and realised the opportunity that awaits them should they win Ulster on Sunday.

When looking at the final and trying to pick a winner there are a lot of variables to consider in both camps.

If we start with Derrygonnelly, they have turned in some heroic displays to reach this decider this weekend, and some might say that the stars are aligned for them to finally win the big prize.

I have been quite vocal here over the last number of weeks and also on Twitter highlighting my thoughts and there are quite a number of Derrygonnelly people who may be unhappy with me but let me explain my reasoning.

I have watched quite a bit of Derrygonnelly over the last number of years because given their success in Fermanagh it meant that year-on-year they were in the Ulster Club series. So when that happens you start to stand up and take notice.

Let’s start with the facts. Derrygonnelly have some seriously talented ball players and they are structurally sound all over the pitch. They are extremely well coached and they know each other’s game inside out, which means they do not panic when things start to go against them.

They are a big physical side which is always a massive plus when the games are played at this time of the year, so when you look in from the outside you would have to say that they have all the ingredients to succeed.

On the negative side, and this is where it catches me, given all of their experience at this level over the last number of years and given that they have been in this competition year after year, the fact that they have failed to make major inroads worries me a little.

When you look at the other clubs have been in this competition year after year, the likes of Crossmaglen and Kilcoo, they have all managed to win the title so, for me, at the minute a question mark hangs over this current Derrygonnelly team in that regard.

I think that if they could get the job done this weekend most people in Ulster, including myself, would be delighted for them as it’s always great to see another team progress so now the ball is firmly in their court and it’s up to them to decide if this is their time.

From a Kilcoo point of view, they are exactly where they had planned to be in terms of this team’s development.

Kilcoo had been in Ulster quite a lot over the last number of years given their domination of Down club football so for them it was always about making that breakthrough.

Once they reached the Promised Land in 2019 you could see that their attention soon turned to the bigger prize, which is the biggest prize of all the All-Ireland Club Championship.

Like Derrygonnelly, they are extremely well coached and can play you a number of different ways. If you want to go toe-to-toe they have the players to take you on man-to-man or if the game requires a defensive structure, they are also extremely efficient in that area.

They have serious pace and power and they have a wealth experience to draw upon, so all of these variables make them an extremely dangerous opposition to play against.

I mentioned earlier about taking it one game at a time and although you can be certain that Mickey Moran and Conleith Gilligan will have these players’ minds firmly fixed on the final and the final only, you can rest assured that they have already plans in place for the next game should they be successful.

I do believe that whoever becomes Ulster champions this weekend will have a great opportunity to win the All-Ireland Club title so to say that this week’s final is massive game would be an understatement.

Prediction time. At the very start of the competition I tipped Kilcoo to win and I’m going to stick with that.

I do believe that Derrygonnelly will give Kilcoo their fill of it and this will be the hardest game that the Magpies have had in perhaps the last two or three years, but when looking at both sides and considering all variables I just feel that Kilcoo will have a little too much firepower and they will win by two or three points.