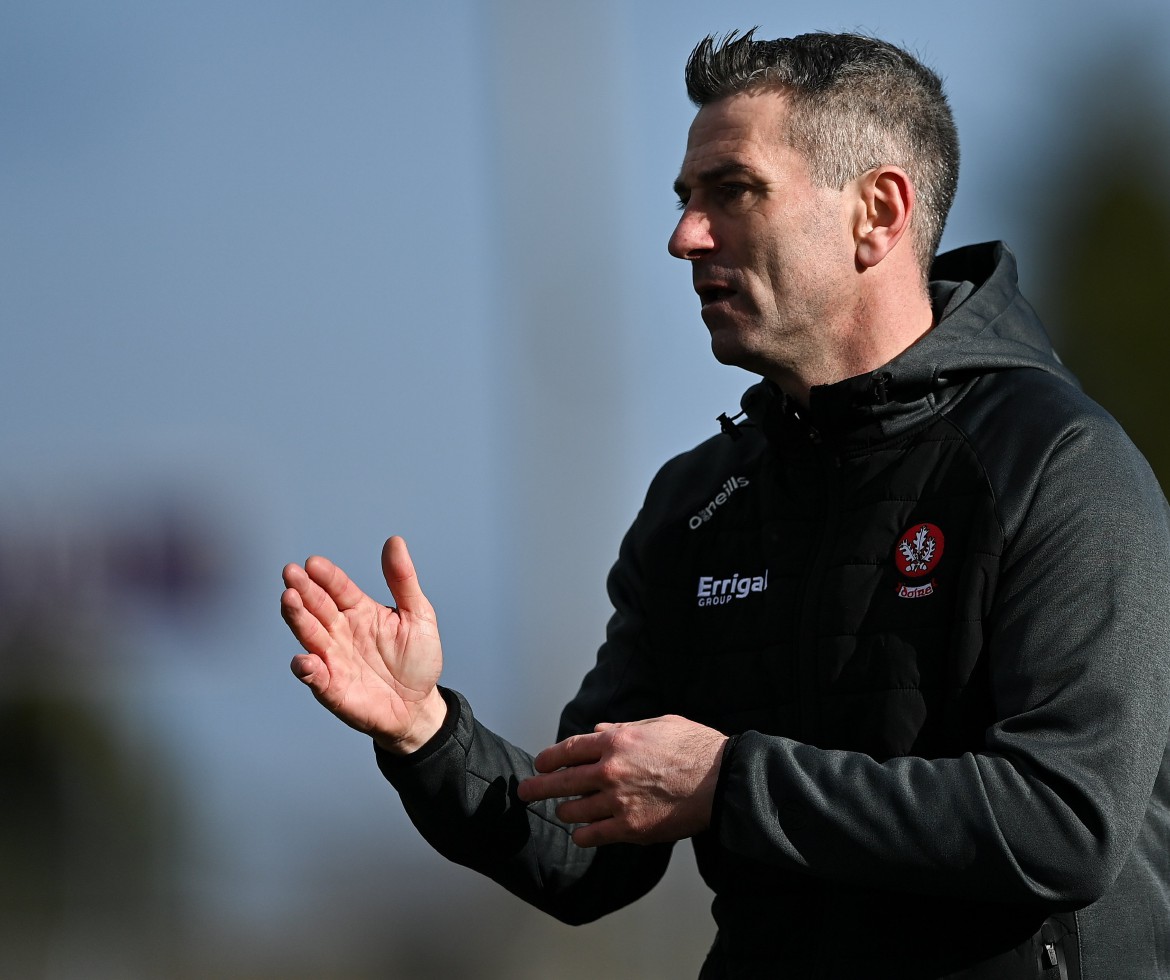 WE questioned whether or not Rory Gallagher’s men could back up the performance against Tyrone and by God did they give us something to think about with their performance last weekend.

Derry have shown great promise since Rory took over and during the league this season the looked as if they had finally pieced the jigsaw together, but as always they were going to be judged on their championship performances and not league encounters.

Their performance against Tyrone was impressive, but I personally still had question marks hanging over them. That came from how Tyrone have struggled to find their l grove this season and the other question mark I had was whether or not this Derry outfit could put two major Ulster championship performances back to back.

After last Sunday’s dismantling of Monaghan, I think that most of those questions have been answered and I think that at this stage they have to be considered as perhaps one of the dark horses this season. Before I get into the actual contest, I’d like to take you back to the moment when Rory Gallagher was interviewed after last week’s win.

Rory was asked how he thought Derry might fare against Donegal in the final and as he stared at the camera he batted away the question by simply saying that they hadn’t thought that far ahead just yet. Having worked with Rory in the past, I can absolutely guarantee you that at home he has a full file prepared on Donegal such is his attention to detail.

As soon as he would have returned home after the game that file would have been on the kitchen table and he would have started to draw up his Ulster final war plans that night.

The one thing that you must understand about Rory Gallagher is that he doesn’t do chance, he doesn’t leave things on the off chance that it may happen.

He prepares for every eventuality and every possibility that he can think of. So, long before last Sunday’s game would have taken place, he would have studied every possible opponent that he could face this season and detailed notes would have been taken.

Over the next two weeks his job will be to translate that onto the training pitch in Owenbeg for his Derry players to take on board.

When Rory worked with Jim McGuinness and when they led Donegal to the Promised Land, any technical or tactical work came from the brain of Rory Gallagher.

When Rory left Donegal to manage elsewhere he simply didn’t have the tools at his disposal to put his footballing brain to work, but with this Derry outfit he has the ammunition to carry out his game plans. So, that is dangerous territory for the rest of Ulster and perhaps further afield.

Looking at last week’s game people may think that Monaghan didn’t play as well as they could have done, but on the flipside of that Rory got his tactics absolutely bang on. When Rory was involved with Donegal he had the outlook that you “hammer the hammer”, in that you go after the opposition’s main strengths.

Rory took away Monaghan’s main threats – the likes of Jack McCarron and Conor McManus and then with the running ability of Gareth McKinless and the deadly assassin Shane McGuigan up front, Derry threatened with every attack.

What Rory has got that most teams don’t are two out and out man-markers who are absolutely fully focused on simply marking their man and they couldn’t care less if they touch leather or not and that is a great asset in your team.

Chrissy McKaigue and Brendan Rogers will go toe to toe with whoever Rory puts them on and as soon as they are given that task it becomes a personal vendetta against their opponent.

Every ball is keenly contested and they fight for it as if their life depends on it. The matchups and tactical battle against Donegal will be intriguing and I look forward to looking into this in more detail in next week’s article.

For now, all we can do is praise Rory and has Derry players for a fantastic performance last weekend and it really tees it up for an exciting Ulster final.

Elsewhere last weekend, the Dubs flexed their muscles once more and proved that they are still here and will no doubt take some beating later on in the Championship. They now have all of their players back on the pitch and they do look like a formidable outfit once again.

Also, I offer hearty congratulations to Tyrone on the u-20s who landed the title last weekend with young Canavan putting on another show.

To say that the future is bright for this Tyrone team would be an understatement because they have some classy individuals within their ranks who will no doubt push on to the senior ranks shortly.