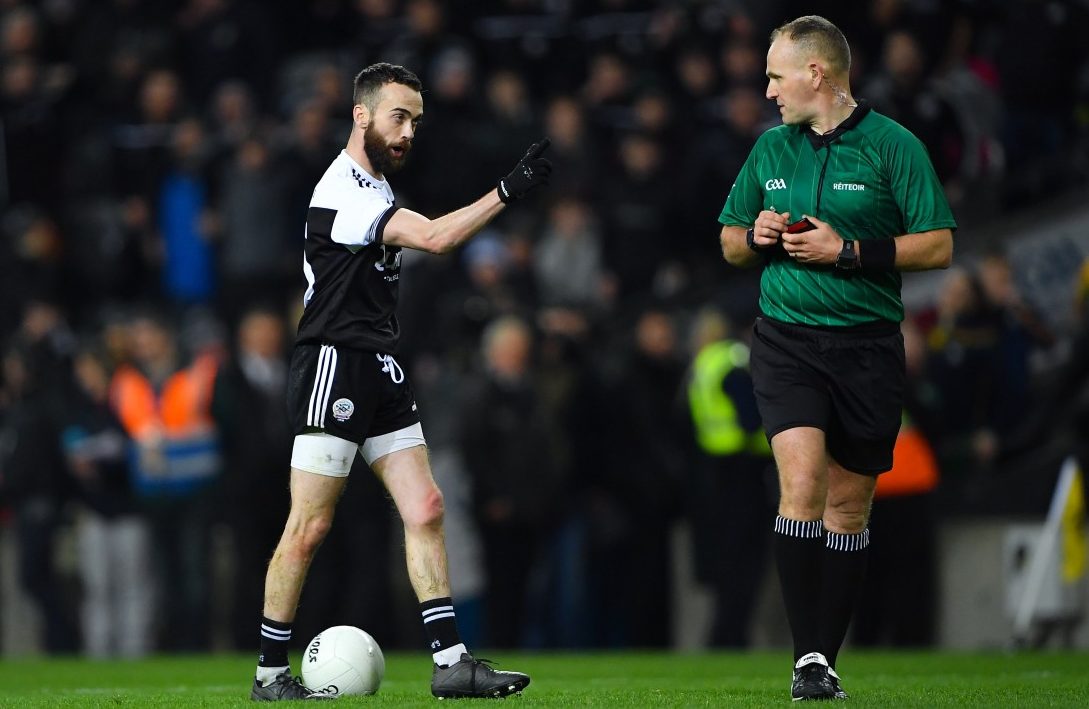 ALTHOUGH it wasn’t a classic, last weekend’s club football final was full of thrills and spills. This week when the dust settles, Kilcoo will rue a couple of gilt-edged opportunities that could have made the game a lot closer.

Credit to Kilcoo they had the three in-a-row chasing Corofin in all sorts of bother and as the final whistle blew at the end of normal time, the momentum looked like it had swung in their favour.

Kilcoo arrived at Croke Park with a clear plan from the off and for most of the game they played with 15 players in their own half. The game-plan was to cut down the space and frustrate Corofin and then try and hit them on the break. Although it wasn’t pretty to watch, only for a few missed opportunities Kilcoo could have found themselves four or five points up heading in at the break.

Corofin were rattled and it was clear to be seen that their famous kicking game wasn’t going to work against a formidable Kilcoo defensive structure.

Great teams have something about them though and no matter what is thrown at them they always find the answers. Kilcoo had their homework done and all of Corofin’s key men were taken out of the game, but then up steps Ronan Steede with two inspirational scores to keep them in the game. That’s the thing about great teams – you can only close down a certain amount of their players and hope that someone else doesn’t step up and deliver.

If you had told Kilcoo at the start of the game that Corofin would go 24 minutes without a score and that their forwards wouldn’t score from play during the first half, they would have taken the hand off you. They do deserve great credit for making that happen.

Looking back this week, Kilcoo will be happy with what they achieved but that game will haunt them for a long time. Similar to ourselves last season, they won their first ever Ulster title and most people would be of the opinion that you are delighted with your achievements but for teams hungry for success, that’s not how it goes.

Our defeat still haunts me to this day and I think about that game more than I would ever think of our Ulster final win over Scotstown. This week Kilcoo won’t be going around patting themselves on the back for wining Ulster, they will be sick that they didn’t get the job done when they were so close to the Holy Grail.

All the ‘what ifs’ of the day flow through your mind and you go into depression mode overthinking every aspect of that game. It can be used as a positive as that hurt will drive those lads to get back out on the pitch in a couple of weeks and start the process all over again.

Great credit must go to this amazing Corofin team, to win one is amazing but to do three back-to-back is simply phenomenal. Over the last three years they have turned in some incredible performances and no matter what they are faced with they always find the solution.

If you play them man-on-man, nine times out of 10 then will blow you out of the water. If you play defensively they will be patient and work it out and even if you rough it up they will roll their sleeves up and get stuck in.

Much like the Dublin county team, we are lucky to have such a great club team operating at the minute. They play the game the way it’s supposed to be played and each and every one of their players has their feet firmly on the ground.

Corofin are the benchmark and now that the curtain has fallen on the 2019 season, clubs all over the country will dream about dethroning them in 2020. That’s easier said than done!