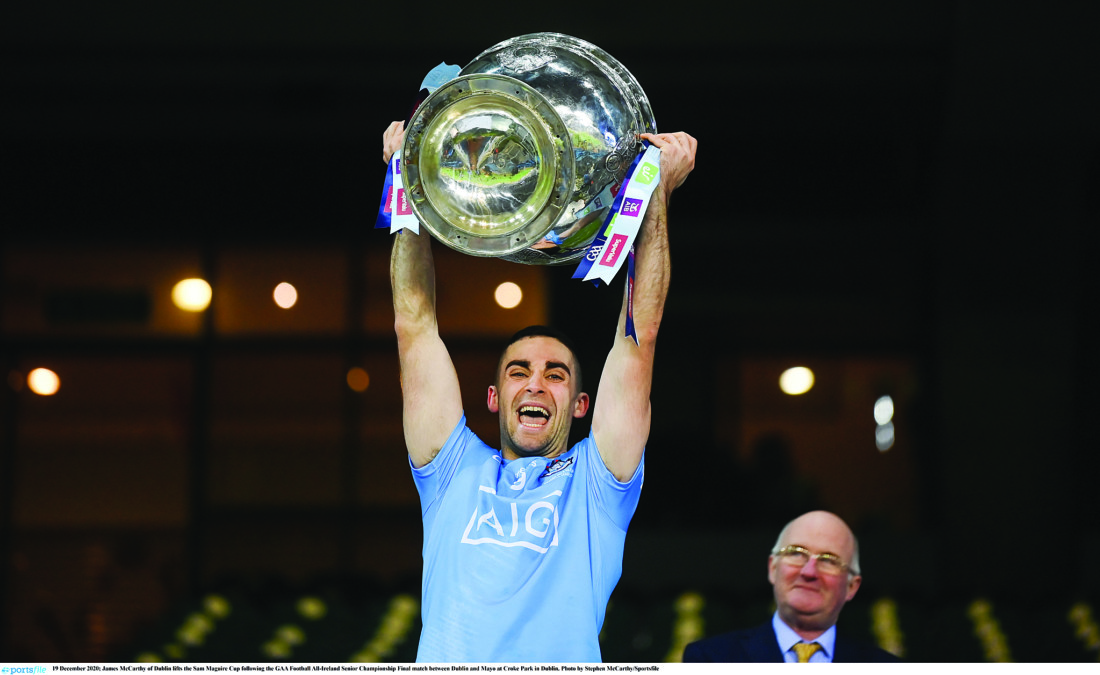 AS we wind down for what has been an eventful but enjoyable championship I would like to at this point thank each and every player for their efforts over the last number of months.

We are all well aware of the difficult and challenging times that we have faced over the last couple of months and in truth or Gaelic games was our only outlet.

Even with games being played behind closed doors, it gave us all something to discuss in the lead up to a game and also for a few days after. The power of sport cannot be underestimated and I think that during this pandemic we all realised just how important sport is in our lives.

To all of those players who trained and stuck to the guidelines religiously to enable the championship to be played, we applaud you and thank you from the bottom of our hearts.

The final itself was everything we expected it to be. I fully expected Dublin to win but I also expected Mayo to put it up to Dublin like they have done so many times in the past.

Could Mayo have won it? Yes, they possibly could have but as soon as you let one or two of those chances slip against this Dublin machine it’s game over. Mayo will look back on the game with some regret and if they took some of the chances presented to them, perhaps the outcome may have been different.

Before we get onto talking about this awesome Dublin team and their achievements over the last number of years, I feel it’s only right to acknowledge the efforts of Mayo.

This Mayo side has been knocked time and time again but against all the odds they continue to produce the goods and once again they proved that they are the only team to come anywhere close to Dublin’s level.

Once they reflect on this campaign they will realise that they have taken a step or two forward. Yes the end result is the same in that Dublin are once again All-Ireland champions, but Mayo have introduced some new blood that will ensure that they continue to compete over the next number of years.

As a team in order to stay at the very top you must evolve and continuously introduce new talent and freshness to your panel year-on-year. Mayo have achieved that this year in that they have introduced three or four top quality players who will keep this Mayo team moving forward over the next few years.

The Christmas period will be a tough one as they sit and reflect on what could have been but on the positive side they only have a number of weeks to wait before they can get back on the horse again.

As we switch our attentions to this phenomenal Dublin machine let’s just take a second to appreciate what we have witnessed over the last number of years with this outfit.

The arguments are there about their money, the population etc, but the levels that these guys have achieved is nothing short of breath-taking.

Take James McCarthy who has played every single minute of his eight All-Ireland wins and you cannot seriously tell me that money or population made this man get out of his bed at 6am to do his gym sessions. That drive and commitment and will to succeed comes from deep within and I’m afraid that just cannot be bought.

Those lads train as hard, or probably harder, than any sports team in the world and in my opinion it’s about time we gave them the credit they deserve instead of continuously trying to knock them.

Take James McCarthy, Philly McMahon, Kevin McManamon, those lads have got eight All-Irelands and their feet never leave the ground. Compare that to some players throughout Ireland who have perhaps won one or two All-Ireland titles and their heads are so far up their own arses. Then you just realise how special this group of humble Dublin players are.

This won’t last forever and this team will finally be beaten someday so for now let’s just appreciate them for what they have brought to our game and indeed how much they do for society in general. At this point I’d like to Wish you all a very happy Christmas and let’s hope that 2021 brings more hope. Stay safe, Nollaig Mhaith.