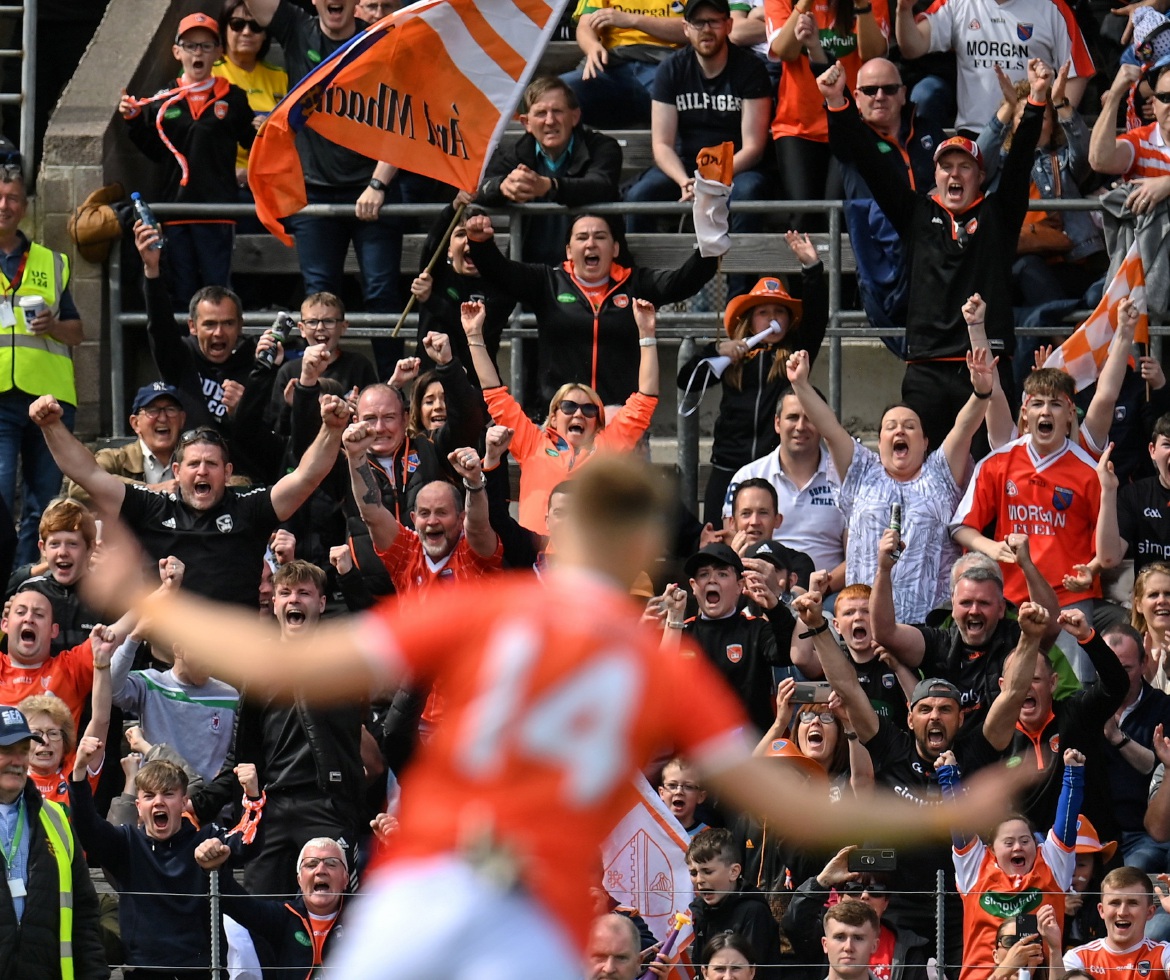 I SPENT the most part of my early playing days playing against Armagh and watching their supporters descend on Clones and Croke Park in their thousands as their team ruled the roost during those years.

After Sunday’s game, it seems that we are heading back in that direction. I’m going to hold my hand up here and admit that I had serious doubts about this Armagh team. The reason for doubting them was their inability to string together big back-to-back performances.

I have always enjoyed watching Armagh teams down through the years, because they play a more traditional brand of football. So, after this year’s National League performances I was excited heading into the summer to see what they would bring.

Coming away from Ballybofey, I thought to myself that this was once again just an overhyped Armagh team who would fall flat when they were needed most. Although they turned in a great performance against Tyrone the next day out, I still had my doubts. When we look deep into that Tyrone set up this year, it’s clear that the desire,hunger and intensity just was not there, so it was still hard to gauge where this Armagh team were at.

When the draw was made and Armagh were pitted against Donegal, I knew deep down that Kieran McGeeney and his backroom team would relish the opportunity to right the wrongs of that performance in Ballybofey.

From a Donegal point of view, it was a draw that we could have done without – the last team that you want to face is a team that you have already beaten in the competition because there’s nothing worse than a wounded animal seeking revenge.

As I watched the start of the game last weekend I was flabbergasted at how easily Donegal dismantled the Armagh kick-out. Anyone who watched the first game in Ballybofey would have quickly picked up that Donegal got their platform for victory that day from putting severe pressure on Ethan Rafferty’s kick-outs. I thought that Armagh would come with something different this time around to counteract that.

Before we get into the positive stuff from the Armagh performance, it would be silly not to highlight this area because for the first 20 or 25 minutes, Donegal dismantled the Armagh kick-out once again. Moving further into the competition, against better opposition who will press even harder, I personally think that this is an area that Armagh need to have a serious look at.

Once Donegal rattled off four or five points in a row, we felt that Donegal would kick on and win the game but great credit to this young Armagh team. They refused to buckle and came back with an emphatic response.

We talk about big game players and the effect they have on teams. Well, for me, there was one man last Sunday who grabbed the game by the scruff off the neck and refused to let Armagh crash and burn once more.

That player was of course Rian O’Neill who turned in a terrific display showing all the qualities of a top quality footballer operating at the very top of his game.

Rian showed great maturity and leadership kicking scores at crucial moments and always taking the right option for his team.

Forget everyone else in the country there is one lady who would have had a massive smile on her face last weekend and who would have been extremely proud of her grandson and that is of course Mrs Crossmaglen – Margaret McConville. I always enjoyed bumping into Margaret and I remember back in 2018 when we were at the Gaelic Life All-Star awards after we had won Ulster.

Margaret was sure to introduce me to ‘Man Mountain’ Rian and she said with a massive smile on her face: “keep your eye out for this fella Kevin, as this is the young fella who will bring Armagh back to the top.” We already knew Margaret knew her football inside out, but last Sunday her grandson delivered on that promise.

Looking forward, the sky’s limit for this Armagh team and I think although they may not say it out loud they will be extremely happy with the draw. From where they are sitting Galway are very beatable and then the final is within touching distance. The draw has thrown up some very tasty encounters and we will get stuck in to those next week as we try to see who may have the advantage in all of those games.