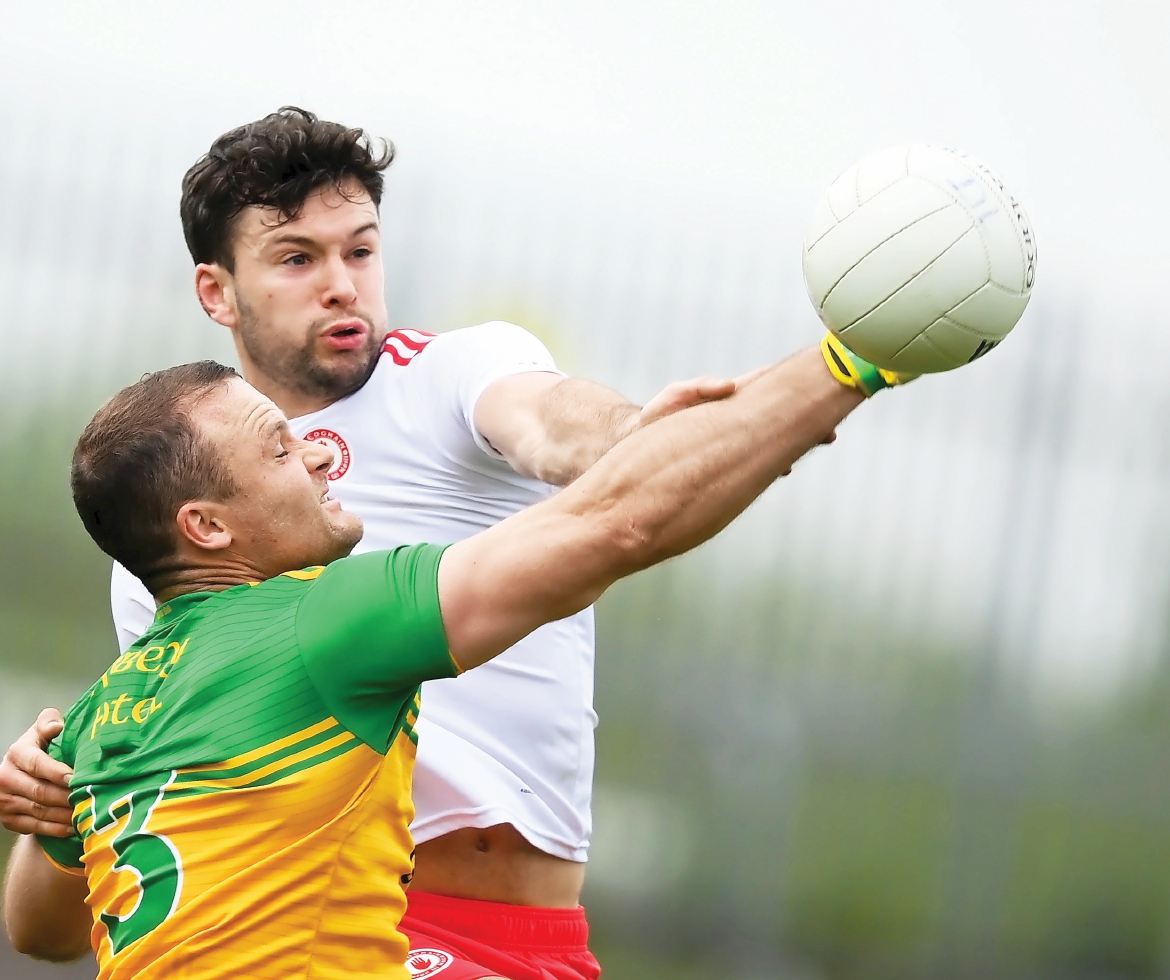 AS I cast my mind back to last season and also look ahead to the incoming year with the changes that have taken place in terms of managers etc, I have picked my top five teams at this moment in time.

I toyed with this over and back for a while but given last season’s performances and also given how the team placed at number two have lost some key players, Tyrone at this point in time are my number one team in the country.

To come from where they came from last season and to win it outright in Brian Dooher and Feargal Logan’s first year in charge was a massive achievement.

We all knew Tyrone were coming again with the players that we saw coming through at underage levels but I don’t think any of us expected them to do it last season.

The confidence that the win would have given them now sees them in a great position to dominate Ulster for the next few years and perhaps clinch another All-Ireland or two. The big thing for me will be the difference this year in terms of how much Darragh Canavan will have progressed and how much last season would’ve helped him. When you throw a fully fit Cathal McShane into the mix this season then you can see why I’m leaning towards them as my number one team.

In my opinion, the only thing that will derail their season is that if they take the eye off the ball in terms of losing that but of hunger but I seriously doubt that will happen.

After all the years of dominance it may seem strange that Dublin are now placed at number two in the rankings but here are my reasons.

Dublin lacked that hunger and drive last season that made them stand out from all the rest over the last number of years so the big question for me is whether or not they can regain that this season.

Another major factor is that I don’t think that Dublin have all their best players involved and when you see the performances of Paul Mannion in the club championship it is easy to understand what I mean. If Dublin had the likes of Mannion back in their ranks, along with Jack McCaffrey, then perhaps they would be able to challenge again but time will tell.

Kerry are at number three and given the talent at their disposal they may be a little further down the pecking order than they would like.

They promised so much over the last few seasons but they just haven’t delivered when it mattered most and that’s why, for me, a major question mark still hangs over them.

When looking at their team they probably have the best forward unit in the country who could destroy any team on any given day but, for me, they lack the defenders capable of handling the man-to-man combat that is no required at county level. That’s why I think they will struggle to land the big prize this season.

Along with that, there are a lot of people in Kerry who are unhappy at how the manager selection process went this season and there could be a massive split down in the Kingdom so that will all also be interesting to see how it develops over the next few months.

Jack O’Connor is back at the helm but given all the unrest that took place, which involved players voicing their opinions, then Jack may just have his work cut out from the season to get everyone to sing off the one page.

At number four I have Mayo, but when it comes to the Westerners I’m just never really sure what I’m going to get with them.

They probably should have won at least one All-Ireland title over the last 10 years or so but there inability to get over the line frightens me a little at this stage. When you look back at some of those chances they had to reach the Promised Land, it hurts. Yes they came up against some serious opposition but there were days when the game was there for the taking and they failed to do so.

Last year they introduced a number of younger players and that seemed to lift levels within the squad but, again, when it mattered most they failed to cross that finish line so for them this season that has to be the key.

Given the competition in Connacht, or lack of it, then they are always going to be there or thereabouts towards the latter end of the season so they are always in with a fighting chance, but to get to where they want to get they will have to improve dramatically.

I can’t have a top five list without having my own county in there but if I’m completely honest when deciding on number five it took me a little while to nail them on.

We will all look back at last year and look at that Tyrone game and say that there was very little between the teams but in reality after that game the Red Hands improved with each match and I don’t think we would have done the same.

A little like Kerry, we possess so much natural talent up front but again I think we are lacking in out and out defenders at the back. My own club mate Neil McGee is committing to another year and although we still don’t know what he can offer I think it’s great that he is there to help the squad.

Donegal will struggle to find a replacement for Neil at full-back because at the minute there is nobody that has put their hand up to take that position and that will be a major concern for us moving forward.

We seem to be able to create tons of wing-backs in this county but we are lacking when it comes to man-to-man markers and with the game moving in the direction that it is nowadays days you have to be able to handle your own man.

Like I said, our forward unit excites me and fills me with hope. Now it’s over to Declan Bonner and his coaching staff to slot people into those defensive positions who will help to make us a solid unit and if that happens we stand every chance of causing some damage the season.

There you have my top five at this moment in time, but by the end of the summer I fully expect those teams to have moved around a good bit in terms of where they stand on the ladder.