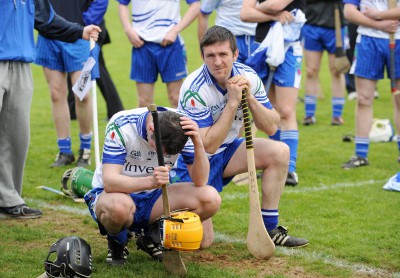 HARSH...Cahal Carvill feels that Arthur Hughes, someone who has promoted hurling through thick and thin, was dealt a rough hand

IF you are a fan of a well written and witty satirical column, then look no further than Marina Hyde in the Guardian.

Whatever your views on the editorial direction of the paper itself, Marina’s columns every week are a tour-de-force. In last week’s article she aimed both barrels (once again it must be said) towards Johnson’s government and particularly its current Minister for Levelling Up, Michael Gove.

The Levelling Up Ministry’s one job is to try to recalibrate and adjust Britain’s London-centric economy between the north and south. Ms Hyde in her latest column, remarks that Mr Gove (the alleged brains behind the current Tory government), in his Ministerial position “would have more visibility in a witness protection programme.”

Promoting hurling in Ulster is a bit like occupying the Minister for Levelling Up post – it sounds good, and makes people think something is being done but in actual fact it is all optics and faux concern.

Last week Monaghan hurlers forfeited four hard-earned points in their Lory Meagher campaign following wins over Cavan and Louth. Their crime? Fielding an ineligible player. Now it is not unheard of that in some of the lower tier competitions managers may try to entice players from more established counties to switch allegiances to play for a less well known hurling county – think Cavan’s Seanie Johnston switching allegiances to play hurling in Kildare.

Hurling in Monaghan is played in pockets of the county. These pockets such as Clontibret and Castleblayney have a fanatical following and some would say you would have to be a bit mad to push hurling in the so-called weaker counties.

Monaghan, much like the destitute people of the north of England, needs all the help they can get from the powers that be. Instead the GAA put the boot in, not only were Monaghan deducted four points but their manager, Arthur Hughes, one of the most dedicated and passionate GAA men I know, a man who epitomises the life-blood of the Association, also got an eight-week ban, meaning he can’t even take his kids u-10 hurling team for the next eight weeks. Crazy!

And what was the Monaghan hurlers and their erstwhile manager’s crime? Did they secretly pinch TJ Reid from Ballyhale and put a Farney jersey on his back, did he travel down the N17 to bring Joe Canning out of retirement? The crime for which such a hefty penalty was levelled was playing a promising 18-year-old Blayney-born and bred hurler who was overage for minor but oddly underage for senior, a bizarre rule and hardly a hanging offence in a hurling county with such meager resources which the GAA pontificate around trying to “promote the game”.

Kicking a team when they are down hardly screams promotion. Similarly penalising a salt of the earth hurling man who is trying to do his best for his club and his county will further negatively impact the promotion of the game in Monaghan and Ulster more generally.

The GAA disciplinary system is a shambles. Following the Monaghan hurler’s defeat to Longford this past weekend, Monaghan now have no chance of making the Lory Meagher final, despite sitting top of the table before this sordid affair unraveled.

Whether Monaghan would have been good enough to win the competition is a question that will now never be answered and the punishment certainly does not fit the crime on this occasion.

There has been much talk of the Ulster Hurling Championship returning and I for one see that as a positive development, whether Antrim play it in or otherwise. I had some of my best playing days in the Ulster Championship and though we never managed to get over the line against Antrim in a number of finals, we ran them close and those days remain special memories.

Back in 2020, former Ulster and Antrim player Gary O’Kane whispered about a potential Ulster hurling revival. Though I see first-hand the hard graft that people like O’Kane and Arthur Hughes are putting into promoting the game in Ulster, the actions taken and lip-service being paid to those efforts by the Ulster GAA and the GAA Central Council is doing more harm than good.

What message does the decision to deduct points from Monaghan and banning its manager for eight weeks send out? Having spoken to those impacted, the rule which Monaghan have been crucified for wasn’t even on the radar of the Monaghan team or its manager. There was no skulduggery here, it was simply a case of playing a young Monaghan man, a young dual player of all things, who wanted to represent his county.

In a week that Eugene Branagan was pulled apart for making comments about having no desire to play for his county (an opinion he is fully entitled to hold I might add). a young Monaghan player and the whole Monaghan hurling squad is being pilloried for seeking to play the ancient game.

A number of players, including myself, got together some years ago in an attempt to push the concept of a Team Ulster, but the pleas for the concept to be taken seriously fell on deaf ears at the Ulster Council.

We shouldn’t also forget that weekend after weekend on the Sunday Game, hurling on RTE barely even gets mentioned outside of the Liam McCarthy. Even Antrim are cast aside these days as irrelevant.

Gove as Minister for Levelling up has been missing in action for some time now and despite the initial grand comments and predicts of sunny uplands, he, along with his cabinet ministers, have done nothing to help those less well off, but then again when it comes to this Tory government, we shouldn’t expect anything else.

Unfortunately, when it comes to the GAA and its grand statements around the promotion of hurling in Ulster, it is left to those committed few volunteers to plough their own furrow. The deduction of points from Monaghan and the banning of its manager is another example of how the GAA much like the Minister for levelling up, remains missing in action. 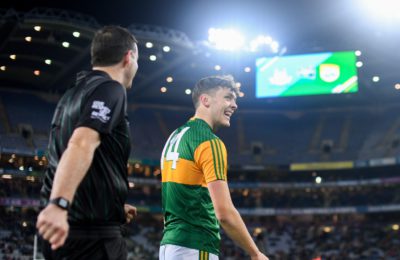