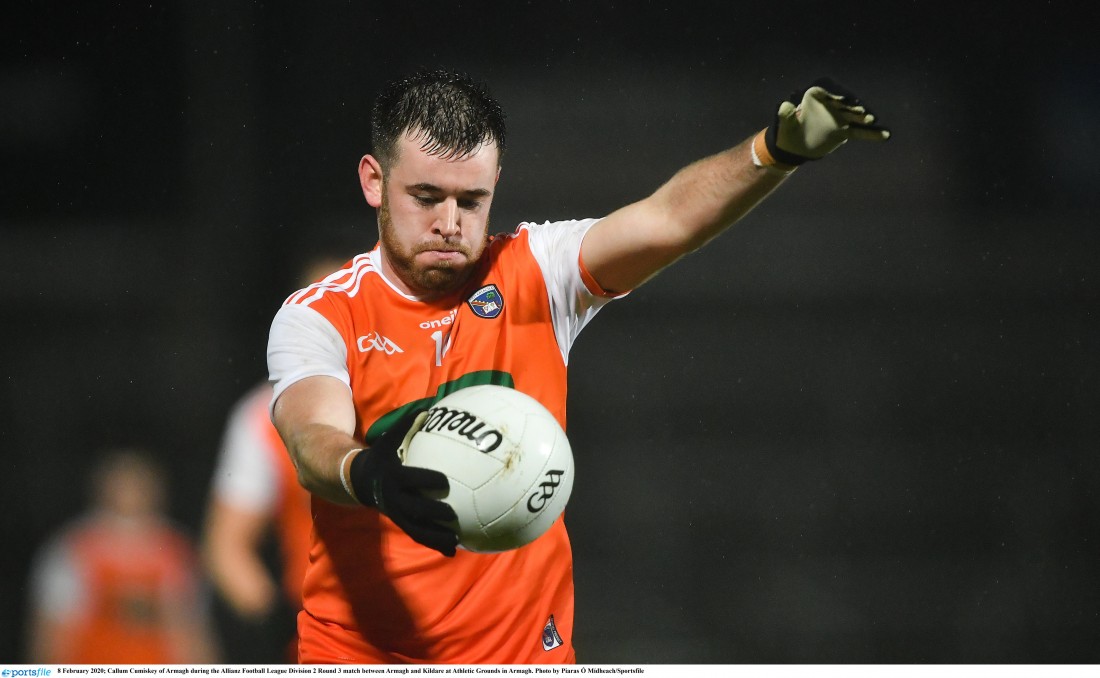 THIS is a big week in the GAA for a number of different reasons both on and off the field.

On the field, across all four divisions of the National League, it can be considered what is known in golf as moving day. In the top three divisions, the top five teams are not separated by any more than three points. There are a cluster of teams within two points of each other in these divisions where one win or a loss can see you leapfrog three or four positions or similarly drop into the relegation zone. There is more daylight in Division Four, but only marginally.

Out of 32 teams, only four teams have an unbeaten record at this stage with Cork and Limerick leading the way with four victories and then Dublin tagging on two draws. This is a remarkable stat and with games coming thick and fast, the first part of each week is used to get over a match while the later part of the week is used to prepare for the next game.

This is the way it should be in the GAA – more games and less training. Playing week-on-week should be no big deal to players and if someone has a knock or an injury now is the time to use the full depth of you panel and throw other guys in.

I would imagine there are players in all of the county squads that have seen very little action. Now is the time to give fellas game-time if you want them to hang around because come the spring and the brighter evenings with club football starting there is traditionally a dropout rate at the end of the league.

That will be on top of the massive dropout rate that the GAA has already seen at the start of the season. Club managers and teammates begin to get into the ear of players who have not seen much game-time and in some cases it takes little persuasion to get a fella to send the county manager a text thanking him for the brief stint, and the shed-load of gear, and that he won’t be back.

It’s such a tricky, tricky situation to manage. You’re trying to win games, trying to play a good brand of football that your followers can admire while at the same time trying to keep 30-plus players happy even though only 15 of them can take the field on a Sunday. It really is about getting player buy-in and trying to get your players onside. The next two or three games is vital for county managers to do this.

I don’t say this lightly and I know it’s not possible to please everyone, but the first two years of John Horan’s tenure has been somewhat underwhelming.

I know every President gets voted in on their mandate and they have an obligation to follow through on this therefore it is of no surprise that John Horan has pushed ahead with his Tier Two proposal. While there is maybe merit for teams at a similar level playing each other more often, the rushing through of a Tier Two competition, which has yet to have a name, is not the best way forward.

There is also an ongoing debacle around fixtures and in particular the pressure the inter-county game is putting on club and schools – basically anything that is not inter-county. Everything else is being squeezed to accommodate the inter-county scene where a team might only have 10 competitive games a year over the course of a 10 or 11-month training block.

This is why the election of a new An Uachtaran elect for next year is a vital decision for the direction the GAA is taking.

The latest deal at Stormont to get parties back around the table has been labelled ‘New decade – new approach’. The new President elect could also be seen to invoke this term when dealing with the GAA.

I do feel that the new incumbent will be inheriting a position whereby it may take a while to fix the current problems before steering the GAA in a direction of their choice.

Arguably three years is maybe not enough to make significant change in such a position where it takes time to get into a routine and then get proposed changes through and settled which is why some decisions can often seem rushed.

In Ulster we have Jarlath Burns who is putting his name forward for the position. While this may seem unfair and that I have not done my due diligence on the other candidates, from my view Jarlath would make an excellent leader of the Association.

I have had a number of dealings with Jarlath over the past 10 years or so and on a personal level he has the personality to hold such a position. Obviously An Uachtaran elect needs a lot more than personality but from what I know of Jarlath he is more than capable of holding such a privileged position.

This is by no means a slight on any other candidate and if there is another candidate who is deemed more suited to the role and they get it then the GAA is in really safe hands going forward. I just hope that those in the room this weekend can see what the real issues on the ground are. Everyone in the room is more than likely a club member and they should really be in tune with what the problems are at grassroots in terms of funding, player retention and issues such as amalgamations, especially in rural areas.

I will be keeping the refresh button on Twitter at a steady state of constant this weekend for both the matters on and off the pitch.