EVEN though we are only into the month of June, I would safely guess that most club teams have been back together for at least five months. 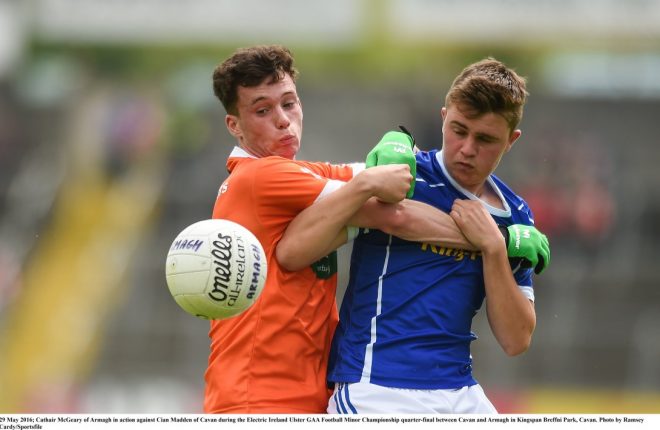 EVEN though we are only into the month of June, I would safely guess that most club teams or certainly the majority of them have been back together training collectively for about five months or possibly even longer.

The GAA club season is a long drawn out affair in most counties, I can only speak for the Down league at present where the league games started at the start of April and will continue until at least middle of October.

If you’re back training in January that’s 10 long months for a potential maximum of 24 games! To give the Down leagues credit, the restructuring of the leagues this year from 16 teams to 12 has provided the clubs with more games which I feel is important.

It’s now gone from 15 league games over seven months to 22, which basically guarantees you football at least three times a month.

There is no doubt across the country though there is a massive imbalance in the ratio of games to training, far too many training sessions take place compared to the volume of games played.

For example, last season in a 15-game league season in Down a normal club side might training 70-plus times. When you consider that, it’s approximately one game for five training sessions, surely that philosophy needs to change?

I changed our focus this pre-season and it may stand to us later in the year or it may not. We cut back massively on the volume of conditioning and increased the volume of games we played. I think in total we played 10 games, it’s what players want, it’s more enjoyable and more fun and so much more can be gained from a game than training.

This weekend there is a break in the Down leagues as the county team play Monaghan. We have organised a challenge game with a team from outside the county. Some counties are going weeks and weeks without a game, it’s scary.

In training sessions currently, once the season is in full swing, it is particularly important players don’t overdo things during this time especially if you are dealing with a flow of regular games, while at the same time still experiencing enough of a volume and intensity at training to maintain their conditioning.

It is a thin line but unfortunately so many step well over the line. Some of our GAA footballers and hurlers are unnecessarily suffering at this time of year and until this year our county minor footballers were the worst victims.

What a fantastic rule that no county minor cannot play club football until the county are out. We will welcome our county minor back this week refreshed and ready to throw himself into training and games with the seniors.

There is also certainly a culture, which still exists in Gaelic football and particularly in club football, that training sessions have to be some sort of slogging affair with players experiencing 90-minute sessions.

I strongly disagree. I believe in a ‘less is more’ motto and keeping players fresh for the long season ahead rather than flogging them to death in these early months of the season.

I also have to express huge concerns about the enormous amount of fitness/conditioning coaches and strength and conditioning gurus who are not from a GAA football background.

They may have spent a few quid doing a fancy course but don’t fully understand the sport. In my opinion it’s a major problem in our own game, particularly at club level where conditioning levels are so obscure and could prove dangerous if not handled correctly.

We have countless examples of coaches/trainers from other sports infiltrating our game and gaining a large financial gain from it too, something to be wary about.

What is the solution in all this? I believe high risk individuals, like our u-21, minor players, county senior players and older club players, should follow an individual specific programme and a common sense approach to their training should be monitored by all.

For this to happen communication should exist amongst coaches and managers. Unfortunately there are too many coaches sailing their own boats with big egos who think it’s their way or no way, put the player as priority first not the ego, there can and should be an in-between.

Gaelic football has undoubtedly become a very high intensity game, even at club level it’s moved on dramatically and your training sessions should reflect this.

Training sessions should be extremely high in intensity but lower in volume. At this time of year sessions should no doubt be kept under the hour with the ball at the heart of everything you do and remember folks it’s a long season – it’s a marathon not a sprint.