ARMAGH have lost to Wexford three times, and they are out to change that record this weekend.

Ciara Donnelly firmly believes they can turn around that run of results as they have improved every time they have played the ‘Model’ county.

“After three games against Wexford we have always come out on the wrong side. But the games have been close enough that we know that we can win it. At the end of the game there has only ever been a puc of the ball between us. It will be all about what happens on the day, and how we deal with their system. We believe that we are capable of winning.”

For Donnelly, this game ranks as one of the most important of her playing career. She has been playing for the Orchard County for 13 years, with a few years breaks in between. The highs and lows have led to this year.

“2016 was the big heartbreak. We lost to Carlow in Croke Park but it was great to win it last year.

“It is a great opportunity to play against these players and learn from them.”

Armagh captured the Premier Junior title last season, beating Cavan in the final. So this year is a chance to defend their title, but more importantly prove themselves. In 2020, the Premier Junior competition was limited in teams taking part because of Covid. Counties with seconds teams that would usually have played, did not take part. This year that’s not the case with the championship involving both firsts and seconds teams.

“Last year was great to win it. Not taking away from any of the teams that were in it, we knew that last year there were teams that weren’t there. Wexford, Clare and Limerick were not there. Losing them took away from it a little bit.

“It was great to win against Cavan. They worked so hard. But in the back of our minds we wanted to prove ourselves against the other teams. So we wanted to stay in the Premier Junior competition.”

So they remained in this Premier Junior competition this year, and wanted to step up to play the county’s seconds teams. Donnelly says that last year, the Armagh team may not have did so well if teams like Limerick and Wexford had been involved.

“The team was very young last year. We just would not have been ready for that step up. We stepped up a few years ago and we had some heavy defeats. We have played a lot of games this year and it has really helped us.”

Armagh progressed to the final after 2-13 to 1-6 win over Clare, that was a different test to the battle against Limerick in the quarter-final which they won 1-16 to 3-8.

“We came through a tough quarter-final. We had to battle but we got over the line. That stood to us.”

The preparations for the final have been enjoyable for Donnelly.

“The build up has been very exciting. The mood in the camp is very good. We are really looking forward to it.

“The focus this year has been so much different. In previous years it might have been okay to turn up five or ten minutes late to training but that’s not okay now. Everyone has been so focused. Hopefully that mentality will come through in the final.” 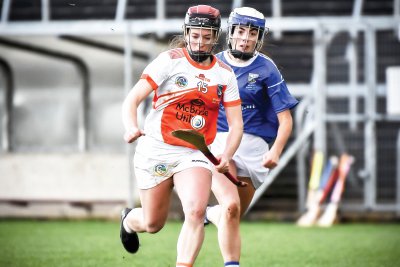