NEIL Coulter is hopeful that his success with Burren’s underage sides can help unlock Killeavy’s undoubted potential in Armagh.

They have replaced the outgoing Justin McNulty and Johnny McKevitt and their brief will be to turn the team into genuine championship contenders.

“The backbone of that senior team that won the Down double (2018) contained a lot of the minors that I would have coached. I was back with the u-16s this year and I had a bit of success with them too.

“It’s a natural progression for me to move onto a new club and try something different. I met the players last week, looked at their age profile, and they have a lot of young fellas there.

“There is obviously a lot of potential there and hopefully we can get something out of them.”

Coulter no doubt would have asked Stevie McDonnell for his opinion given that the pair worked together at Burren in recent years. Results also convinced Coulter that there was something there with Killeavy finishing in the top four in their first year in the Senior A division last season.

“I wouldn’t know a massive amount about the Armagh football end of things but from a Killeavy perspective I spoke to a lot of people and they were all saying that this is a team with serious potential.

“We want to build on last year, we want to improve bit by bit and we want to get the belief into them that they can compete with the big teams.

“That’s half the battle and if we can do that we will be hoping for a good start in the league in April.”

The side’s chances of another good league campaign have been bolstered by the return of former Armagh player Ciaron O’Hanlon who missed last season as he was travelling.

Orchard boss Kieran McGeeney is understood to be sounding out O’Hanlon’s availability but Coulter said that he would definitely be in the green and black anyway in 2020.

“Ciaron is home and all and he has fully committed to the club.

“That’s obviously a massive addition to the squad and there are a few others coming home too so that should all help.” 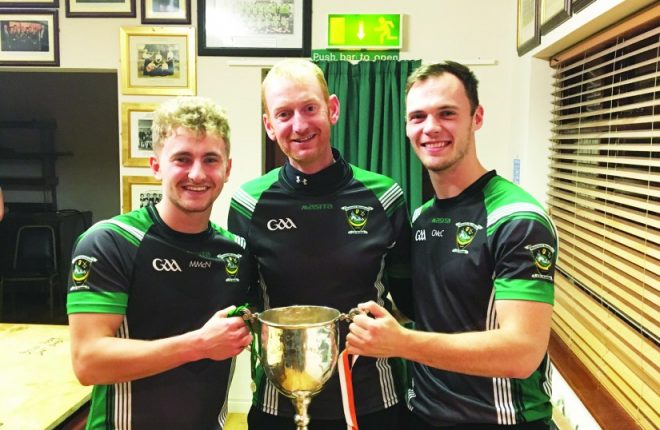