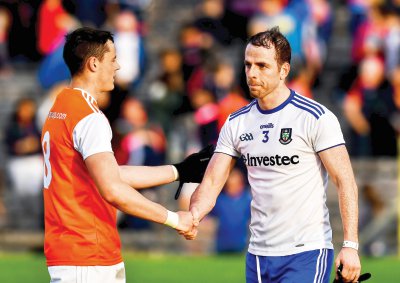 GROWING INFLUENCE….Aaron McKay has been excellent for Armagh this season, and will hope to continue that good form against Monaghan