DUNGIVEN have appointed Geoffrey McGonagle as their new senior football manager, taking over from Stephen O’Neill.

McGonagle was an Ulster Club winner with the club in 1997 and played football and hurling at every level for Derry.

He had a spell in charge of Kevin Lynch’s hurlers and managed Craigbane Ladies last season. Previously he led Sean Dolan’s to Neal Carlin Cup, league and championship treble in 2009.

It’s the second recent appointment in Derry after Damian Cassidy took over as Bellaghy manager, replacing the outgoing John McKeever.

Cassidy has had success with Cargin and Clonoe. He will be familiar with many of the players in the current squad, having managed the Tones to the Ulster minor success in 2018.

Magherafelt have yet to appoint a successor to their 2019 championship winning manager Adrian Cush, who stepped down after four seasons in the post.

Across the Bann in Antrim, Cargin have appointed Ballinderry native Ronan Devlin as their new manager.

Devlin was part of Damian Cassidy’s management team and steps into the role as manager. 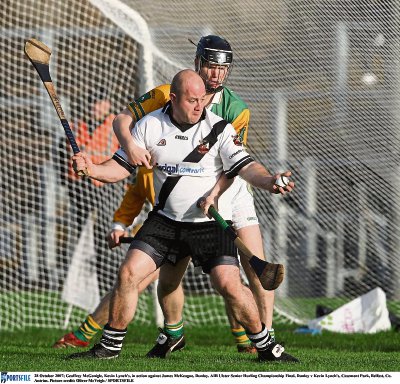