DERRY minors will “sadly” have to plan without captain Ryan McNicholl for the rest of the season with a ruptured ACL, Gaelic Life can confirm.

McNicholl scored a fourth minute goal in their recent victory over Donegal, but was carried off six minutes later after a tangle for possession.

The Glenullin man had a scan on Thursday which revealed the extent of the injury which will keep him on the sidelines for up to a year.

“It is a tough, tough injury for a cub,” stated Oakleafers’ manager Martin Boyle, who said it was a “massive blow” to their plans.

“He is irreplaceable. At that age, he is big; strong; pacy and is a complete wrecking ball that would disrupt any man marking duties. He is so vital for the team and that’s one of the reasons why he is captain.” 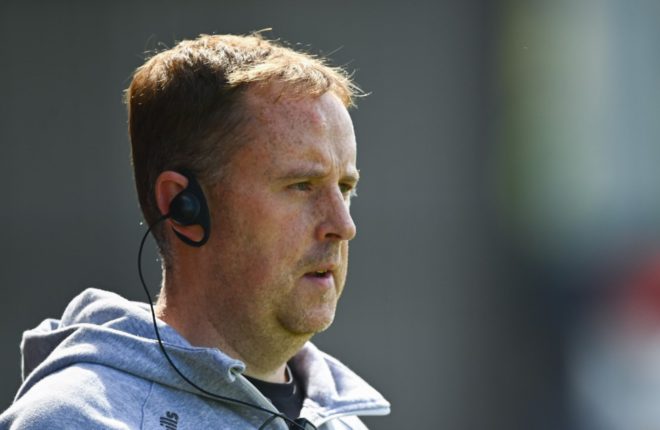 Looking the bigger picture and Ryan’s recovery, the management touched base with current senior panelist Donncha Gilmore for some advice on coming back from a cruciate injury.

Gilmore missed a large chunk of his 2020 minor season, but came back to win All-Ireland titles with both Derry minors and Steelstown seniors.

“He got in touch with Ryan and when you hear Donncha’s story, you attack the rehab and you look at the joys he had.

“Ryan is young and he’ll be back strong. There is will be u-20 and senior (football), so he has plenty ahead of him, but it is a tough blow.”

The final is planned for the weekend of May 28/29, but it’s unclear if it will form part of a double header with Derry’s clash with Donegal in the senior decider in Clones.

Boyle confirmed that while Dara McGurk, Ruadhri McAleese and Tom Quinn are all back in training, there is a still a doubt over Lavey’s Eoin Scullion for Saturday’s showdown with Cavan.

Scullion picked up a quad injury in training ahead of the Donegal game and faces a race against time this week.