HAVING started his underage career with Magherafelt in attack, James Murray is now one of Derry minors’ key defensive cogs as they aim to secure a place in this year’s All-Ireland final.

“I started off at u-12 and u-14 as a wing half forward, I would drop back…then they would just put me in defence,” said James, who scored the winning point in the 2018 All-Ireland Féile final against Burren. 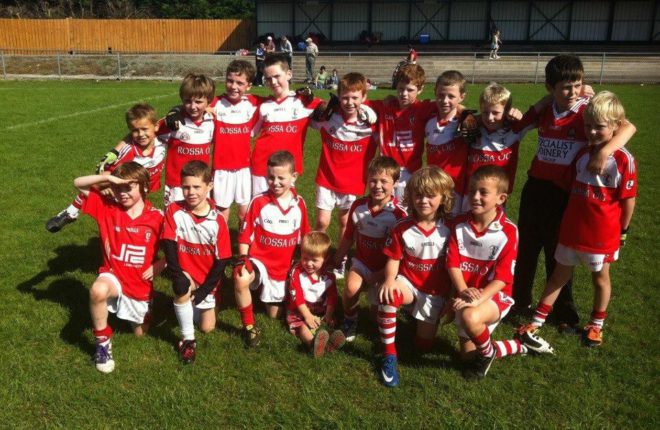 EARLY DAYS…James Murray (front fow, second left) in the Magherafelt u-10 that won the Carryduff Blitz in 2014, James scored the winning point against Bellaghy in the final

He ponders every question. The responses roll freely. When his club manager Enda Quinn handed him a marking job on Glen’s Ruadhri McAleese, he has changed from an “attacking defender” to an out and out marker.

He’ll again figure in Martin Boyle’s thoughts this weekend with Galway having potent attackers in Éanna Monaghan and Colm Costello in their ranks.

“I do watch a lot of Chrissy McKaigue,” Murray said of the influence of Derry’s senior captain running in parallel, giving him someone to aspire to. He is an unbelievable man marker, what he did to (Patrick) McBrearty was brilliant to watch and it is unnoticed a lot of the time.”

The specialised position had Murray scouring the footage of Cork’s wins over Tipperary and Kerry for a taste of Myers’ trickery.

“He is a very good player, but in an All-Ireland quarter-final any player you come up against is going to be as good, so you have to be 100 per cent on it,” Murray said.

It’s about checking out a preferred foot, how an opponent will turn and digging up any “minor gains” on an opponent. And while it’s satisfying to see his man fail to get on the scoresheet, it’s the overall team progress that is paramount. Stepping away from his own role to prevent a goal chance is more important. And it takes razor sharp judgement to suss out the difference.

Two years ago it was Eoin McEvoy and Dan Higgins representing Magherafelt on Derry’s All-Ireland minor winning team, who James played alongside at club level

They’d offer him the quiet words of advice and encouragement, all gratefully accepted as another block in building himself into his best version.

“You didn’t think you could reach those heights and now it is within our grasp, to reach an All-Ireland final. We can’t look past Galway and we’ve been taking it one game at a time,” he said.

Like many a sporty teenager, he thrives in the team environment. As the months passed, the Derry bond has blossomed. The tough lesson of losing an Ulster final brought them even closer.

“Now we are going for an All-Ireland final and we are pushing ourselves,” he said.

As a defender he smiles when told that Derry’s average concession rate in the Championship was 1-8 and points to their defensive solidity on their way to shipping four goals to Tyrone last month.

Their collective defending was absent.

“That just wasn’t us defending, we were off it,” he admits. “That’s why in the Cork game, we came out and tried to rectify that. I think our defending is one our best tools this year.”

Saturday is their next test. 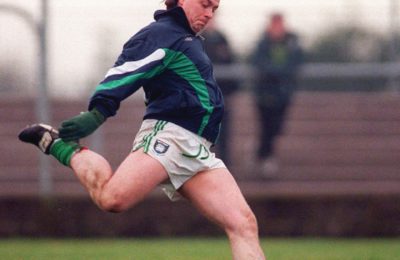