FOR Derrygonnelly’s Conall Jones, it’s not about climbing the mountain. In a footballing sense, it’s about staying at the top.

The Harps embark on their Ulster campaign against Dromore on Saturday after a longer than anticipated Fermanagh Championship that saw them needing replays to see off champions Ederney and Kinawley.

Jones, who was also on the club’s 2009 winning squad, picked up his seventh county medal.

When his brother Ryan led the march up the village street, with the New York Cup aloft, to the sound of ‘the boys are back in town’, during their homecoming as champions earlier this month, it was well worth all the effort. The Harps were back.

“We took our eye off the ball,” Conall said of their defeat last season. “We maybe were not putting in enough work at the start of the year.”

He acknowledges how difficult it can be to keep a winning run going.

“Championships are not easy won and your playing career only lasts so long,” he said. “You know you have to put in the hard work, because something like last year could happen again. When you have a team like we have, you have to make hay when the sun shines. I heard a man say: ‘all empires rise, but then all empires fall’, so you have to make the most when you are on top.”

In terms of experience and appearances in Ulster, only current champions Kilcoo and Scotstown are ahead of Derrygonnelly.

They were on the wrong end of a “tanking” from Sleacht Néill who were in their pomp in 2015, while slipping out to them 12 months later.

It was 2017 when Derrygonnelly were closest to climbing to the top in Ulster. Conall returned from Australia’s sunny climes in time for a cameo appearance in their drawn semi-final with Roslea, which they won after a replay.

In Ulster, they were on the verge of beating Cavan Gaels at the semi-final stage before being hit for five goals in a replay defeat.

“We played well that year,” said Conall, who recently watched the game. “We were probably at the peak of our powers then.”

With their rollercoaster in the Fermanagh Championship and the tunnel vision of retaining their title, it was days after their win over Enniskillen before video footage of Dromore emerged in the camp.

Jones refers to their skill levels and a conversation with Ruairi Corrigan about forgettable hammering the Tyrone side dished out to Kinawley in a challenge game. No matter the stage of the season, they are always turned on.

“We were the middle of all our replays, but I remember watching (on livestream) Dromore’s game against Trillick,” Jones added.

Aside from Trillick’s goals, one of which was fortunate, Dromore were fit, relentless and went at the game from the first minute.

For Derrygonnelly, Jones feels the competitive games have helped and accumulated enough match fitness in the legs. Despite the hectic schedule, which saw four games in as many weeks, the two-week cycle is perfect.

“Sometimes three weeks can be a bit of a layoff and leaves you lying about,” he said. “You can’t do an awful lot and you are not going to get any fitter.”

Derrygonnelly were in Carrickmore on Sunday for a session to familiarise themselves with the surroundings.

Are they ready? Saturday will tell the tale. 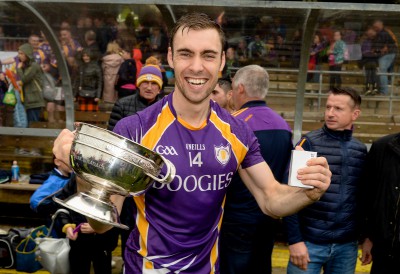