TRANSITION is a dangerous word in sport.

Equally dangerous is talk of two, three, five and ten-year plans for development. It always passes the buck, unless there is substance.

When James McCartan was appointed Down manager, the term ‘a job of work’ was mentioned as to the magnitude of the task at hand.

In my opinion, Wee James was very brave to take on the job. Longford manager Billy O’Loughlin was the last inter-county senior manager appointed for the 2022 season.

McCartan was the second last.  Talk about being snookered before you’d even a chance to chalk your cue.

I feel Down’s priority should be to circle the wagons and get an underage strategy to get them competitive at minor level again.

Yes, they delivered an u-20 title last season, but it’s the consistency that counts. 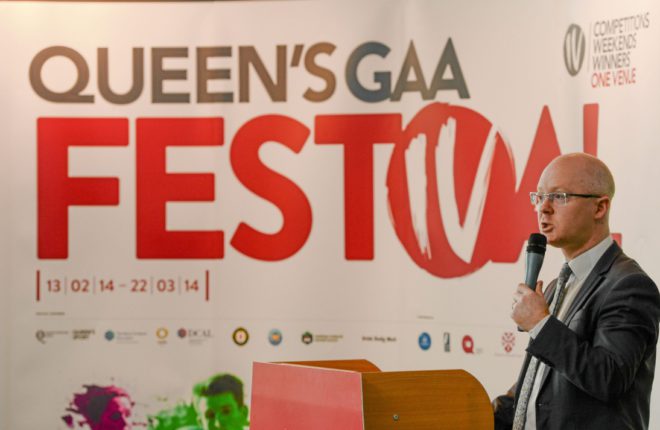 IN THE CHAIR…John Devaney is the current Down GAA Chairman

John ‘Jack’ Devaney came across to me as a switched on guy, a Longford man who moved to Belfast’s Holylands to study at QUB and ran their GAA club during his time.

He should get James, Stevie Poacher, Benny Coulter, Conor Laverty and any like-minded individuals around a table once a week for the rest of the year.

Ask the hard questions and get a plan in place to get a sleeping giant off its knees.

They should first look at how the county hurlers have advanced under Ronan Sheehan and are now one of Ulster’s success stories.

All too often the Kilcoo dominance is rolled out as an excuse.  I don’t buy it.

“Ah, sure the Kilcoo bais are tied up with the club,” you’d often hear.

It’s not up to one club to carry a county, they should be a contributor just. It’s up to everyone else to take out an oar and start paddling.

I remember the Down boys chanting a song on the UUJ buses on our way back from games.

“We’ve only won five All-Irelands,” a tongue in cheek statement in relation to their place in Ulster’s pecking order.

Since those late ninties epic adventures, Tyrone have four. Donegal have doubled their lot to two. Armagh took Sam north in 2002 and, sadly, Derry have still  got one.

But Down are nowhere near title number six.