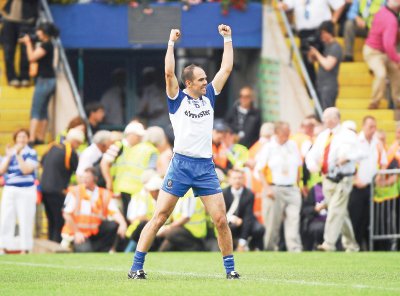 28 February 2004; The Sligo IT team celebrates with cup after the Datapac Sigerson Cup Final match between Queens University Belfast and Sligo IT at Corrigan Park in Belfast, Antrim. Photo by Sportsfile