ANTHONY Molloy is in no doubt that Donegal football remains in rude health, despite a second successive Ulster Senior Championship disappointment.

The 1992 All-Ireland winning captain says serious foundations have been laid in the past decade that will safeguard their place in the upper echelons of Gaelic football.

Molloy is long enough in the tooth to recall a number of lean periods in the side’s past where things slipped to lowly levels. And while he says there will continue to be disappointing days ahead, he fully expects this current crop to bounce back inside the province sooner rather than later.

“First of all, it wasn’t our day on Sunday,” he said. “We lost our most experienced player after just four minutes, Neil McGee. The big turning point would have been the time between the missed penalty and going down to 14 men. It was always going to be a difficult ask after that.

“But that bunch of lads, I couldn’t have been any prouder about the way they still took the game to Tyrone after. In that heat, and a man down, it was so admirable. We were still there with five minutes to go. It’s difficult losing but believe me, we’re not about to slip off any radar. Anyone questioning the character, talent or even depth of that squad are wide of the mark. Circumstances conspired against us in cruel fashion but we’ll pick ourselves up.

“Donegal aren’t going to go away. Last Sunday things didn’t go our way. But I certainly wouldn’t entertain anyone laying the blame with the players or management. The effort they put in on Sunday was serious.”

Donegal went 19 long seasons between 1992 and 2011 before they ended their Anglo Celt baron spell. And Molloy says the fact that some are already disgruntled that the side has missed out on the last two means expectations have never been so high.

“The expectations now on Donegal shoulders has never been so great. They are at a serious level. That comes with being successful. Supporters feel we should be lifting the Anglo Celt every year. But it’s such a difficult title to win, believe me. But Donegal are still in a very good place. The foundations in place mean we’re here to stay. I’ve no doubt about that.

“Our training centre is near completion and it’s an amazing facility. And we’ve lads now like Leo McLoone and Eamon McGee getting involved with our underage set-ups. That’s brilliant to see and I hope we see more like them stepping up in the next few years. They are young, vibrant lads that bring serious experience and respect to the table.

“There’ll be no slip back to the doldrums. It’s a very exciting and young squad. We need to move on and I have no doubt these lads will bring success back to the county soon enough.”

The current state-of-play inside Ulster means there are now some serious contenders for that prize at the start of the 2022 campaign. Molloy says “iron sharpens iron” and that Ulster sides might make a better dent in the All-Ireland series because of that.

He explained: “Ulster has become a minefield once more. It’s been taken to a new level this year. It’s always been a serious battle but others, outside of the province, have sat up and taken real notice this time out. They are fed up with the monopolies inside the other three. And it’s the battle for the Anglo Celt that has caught their imaginations in 2021.

“It’s at a serious level. Any side that comes out of Ulster now is going to be battle hardened.

“There is no easy game inside the province. And what an Ulster Championship we’ve had. The final has the potential to be another superb game. It’s been edge of the seat stuff. Contrary to what some pundits might say, I think Ulster is as strong as it’s been for a while now.

“Everyone is wondering can Kerry put it up to the Dubs. But if I was a Monaghan or Tyrone player I’d be loving that talk. Because whoever wins there will bring serious momentum into an All-Ireland semi-final. They’ll be no pushovers. It was great to see Meath test Dublin. So let’s see what the remainder of the season brings.

“It’s so disappointing that Donegal are gone but I for one won’t be tuning out. The reminder of the season has some serious potential. It’s exciting and there is an opportunity there now for either Tyrone or Monaghan to make another real dent in it.” 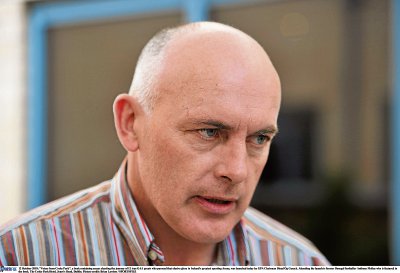