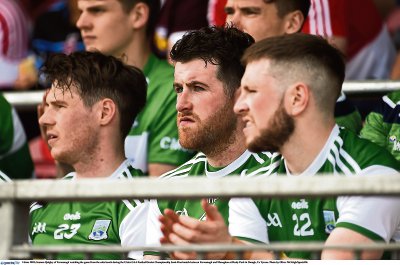 GOAL GETTER… Seamus Quigley scores his goal against Antrim in 2016